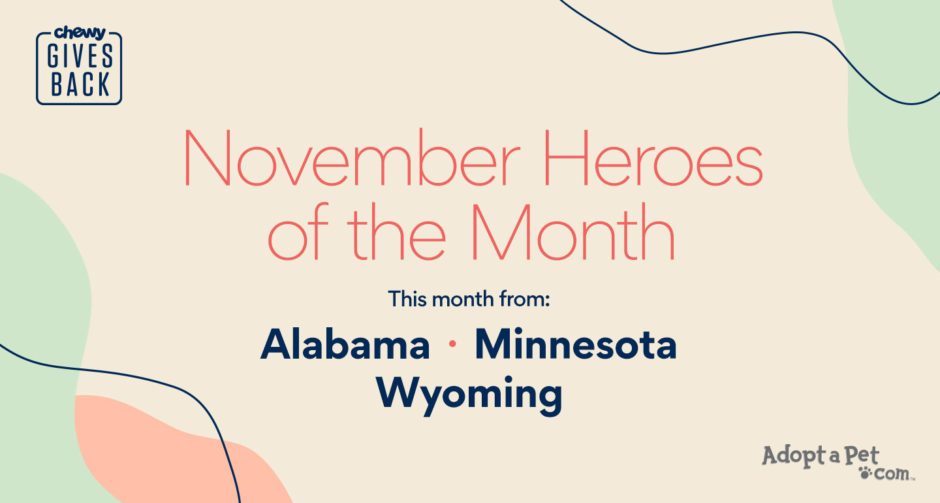 What do you do when your local shelter lets you down? If you’re Susan Allen, you take the reins—and change the culture of animal welfare throughout your entire community.

If you had a license to fly, where would you go? For Peter E. Rork, M.D., the answer is simple: to overcrowded animal shelters across the country, sailing through the skies with thousands of pets on board to bring them to shelters with room to spare.

These are just a few of the inspiring pet lovers we’re recognizing this month as part of our of Heroes of the Month series, in collaboration with Adopt-a-Pet.com. This month, we’re celebrating animal allies who’ve improved the lives of countless pets, including a pet lover who rebuilt her county’s humane society from the ground up; a former mailman who delivers dogs to medical appointments; and a lifelong pilot who is taking shelter pet transportation to new heights. 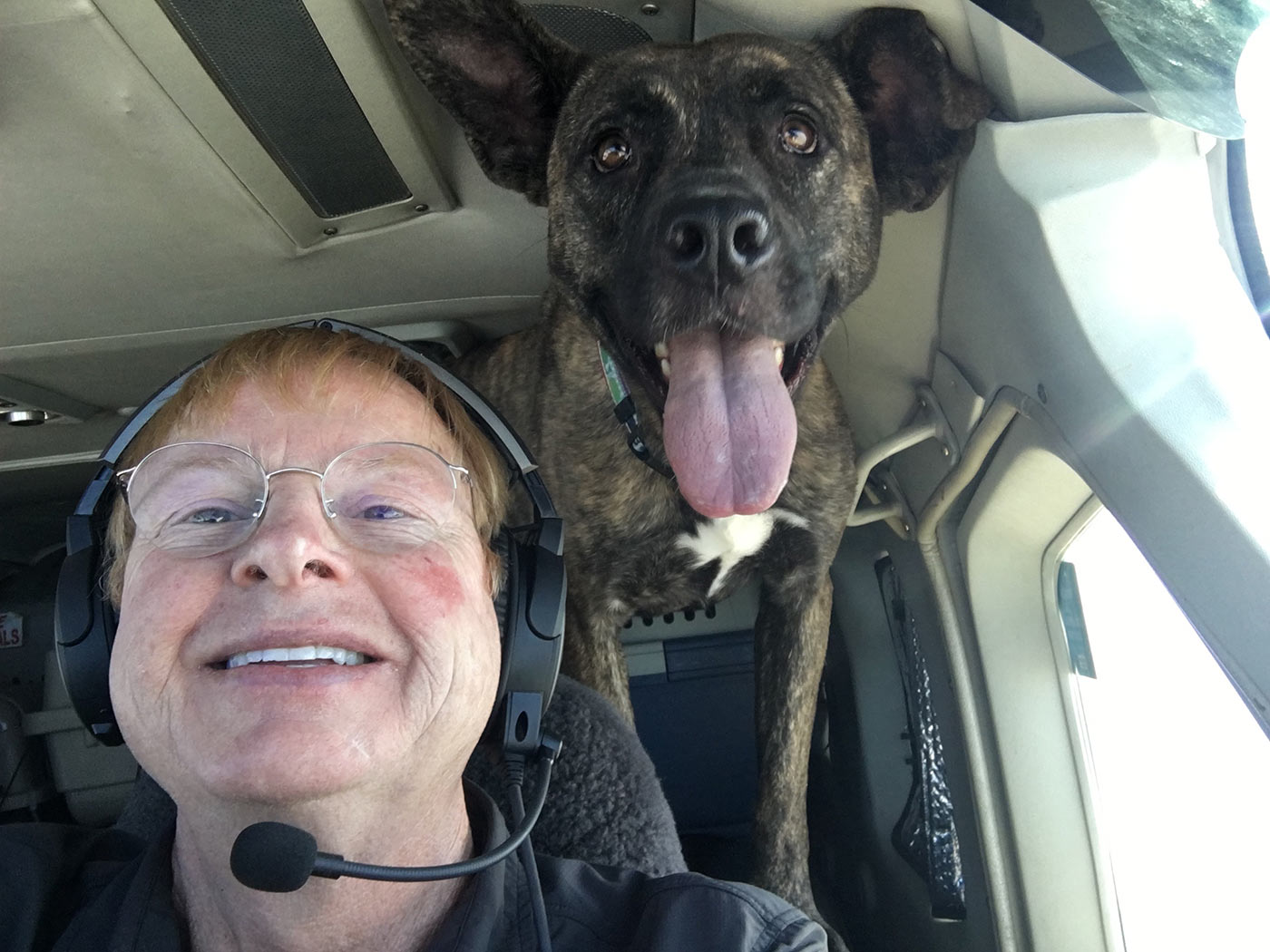 Courtesy of Dog Is My CoPilot

Packing as many as 251 dogs and cats into a Cessna 208B Grand Caravan and flying them across the country is a major logistical challenge, especially when it comes to keeping track of where each animal is going.

“We make use of every square centimeter of that aircraft,” says longtime pilot Peter E. Rork, M.D. “The crates come in all different sizes, so it’s a big Tetris game to get them all to fit together. And when you’re making a lot of stops—nobody can take 251 animals at a time—you have to load them in reverse order, depending on how they’re getting out.”

Through his nonprofit Dog Is My CoPilot, based in Jackson, Wyoming, Rork flies animals from overcrowded shelter facilities to those with more space to reduce euthanasia rates. Since founding the organization in 2012, he’s developed relationships with rescue and shelter organizations across the country and transports about 7,000 animals annually—all free of charge, thanks to grants and donations.

Rork got his pilot’s license at age 16 and has been flying for more than 50 years. During his career as an orthopedic physician, a patient asked him to fly a couple of rescued Golden Retrievers from Idaho to Colorado—leading him on an entirely different path.

“I thought, ‘This is what I have to do,’” he says. “My wife and I did a couple of those flights, and then my wife passed on suddenly. It was in complete shock. For months, I just grieved and isolated myself.”

From then on, Rork has devoted himself to saving dogs. He also recognized that flying one animal at a time was “incredibly inefficient,” he says, so he started getting more ambitious with each flight. Kara Pollard, now executive director of Dog Is My CoPilot, doubled as ground control, helping coordinate getting the animals to the airport on time and tagging crates for their destination.

“Word started getting out that there was a crazy pilot who started a nonprofit—he’ll fly your animals at no charge, and all you have to do is bring him lunch,” he laughs. “We were overwhelmed by the requests.”

Rork celebrated the successful transport of his 10,000th dog a few years ago—he took the chocolate Labrador home and named it Hobbs—and intends to triple that total before he’s finished flying.

“I really enjoy it,” he said. “I’ve always been a dog person, and I love helping dogs that otherwise would be euthanized.”

Find out how to support Dog Is My CoPilot here. 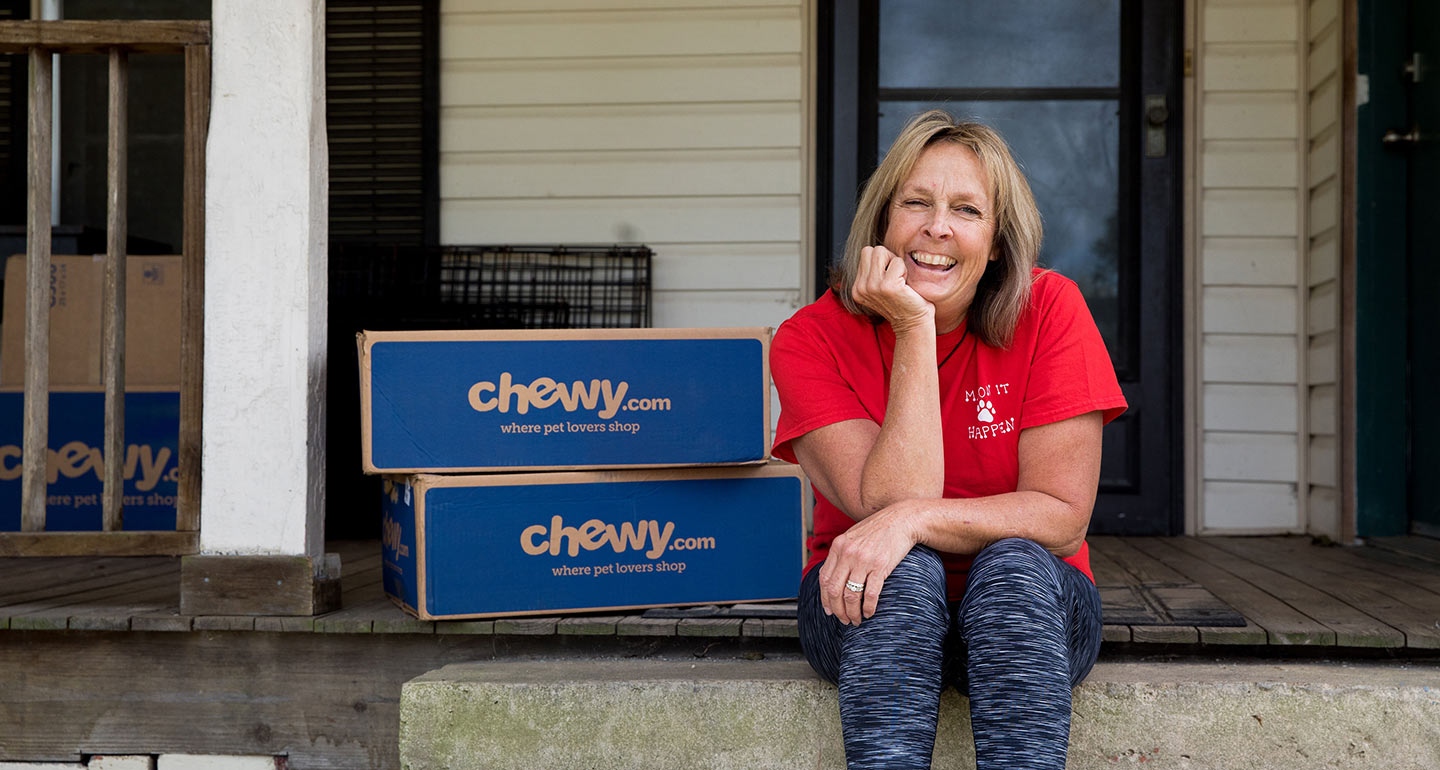 When Susan Allen and her husband, Brad, moved to Alabama’s rural Macon County in 2015, the area’s animal welfare system was in a state of disaster. Stray dogs were everywhere, according to Allen, including near major roads, presenting safety hazards for pets and people alike.

But when Allen called Macon County’s local humane society for help, she said she was met with a shrug. The society didn’t have funding or volunteers, and staff described the organization on the phone as “pretty much defunct.”

That was roughly five years ago. Today, Allen is the president of the Macon County Humane Society, and her leadership has ushered in a new era of animal welfare in the region. Since she’s taken over, the organization has helped 841 dogs and cats find forever homes.

As lifelong animal lovers with a background in foster parenting children, the Allens took on the enormous challenge of building up the impoverished county’s animal welfare program. The county didn’t have facilities for animals, so the couple converted a 100-year-old farmhouse on their 50-acre property into a shelter. They also built nine kennels and multiple outdoor areas for pets, fenced off a three-acre plot of land with a pond for the animals, and made space for puppies and elderly and special-needs dogs in their house.

The effort is visibly paying off. Strays no longer wander the streets, Allen says.

“Now we have one stray dog that I’m aware of,” she says, “and we’ve been feeding her for two years. … When you consider we started with a shed as our first kennel, we’ve come a long way. We’ve made a huge impact in a short period of time.”

Find out how to support the Macon County Humane Society here. 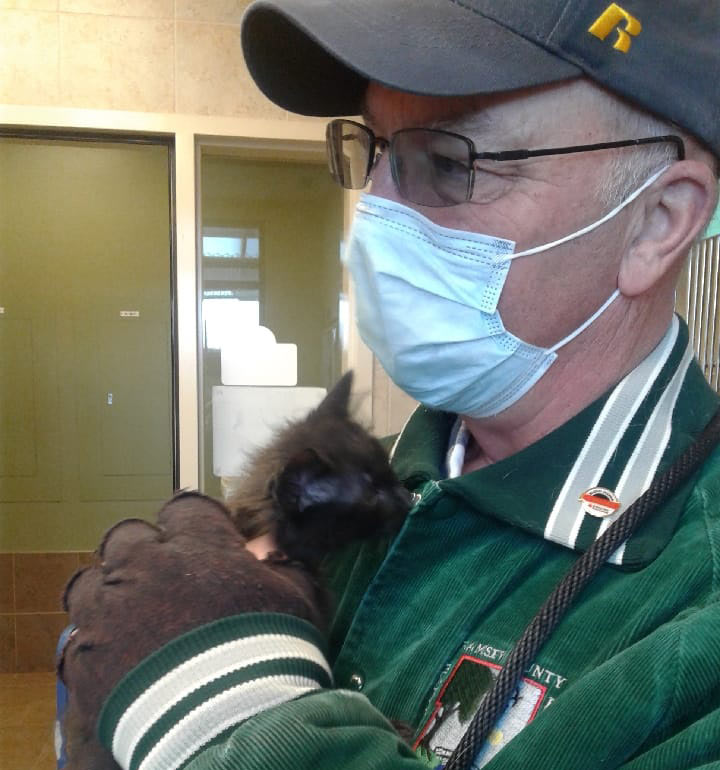 Greg Smith recently drove a blind poodle from Duluth, Minnesota, to Minneapolis, a 260-mile round trip, for cataract surgery, waiting for several hours in the parking lot during the procedure. It all seemed worth it once the dog got out of the van back at the Animal Allies Humane Society.

“He started looking around and barking at stuff—because he could finally see,” Smith says. “It was just so cool. This dog that didn’t have a loving home ended up getting surgery, is recuperated and is going to end up making somebody an excellent pet.”

That’s all in a day’s work for Smith, who wears multiple hats as a volunteer at Animal Allies, where he started volunteering in June 2016. He’ll take on anything from cleaning kennels to snow-blowing outside, and from walking dogs to taking them much further for necessary medical visits. In the past four years, he estimates that he’s transported about 900 animals for veterinary checkups and socialization opportunities.

Smith didn’t always have such tender feelings for four-legged animals. As a younger man, he worked as a mail carrier, often encountering aggressive dogs on his walking route.

But he had a change of heart later in life, after volunteering at an animal adoption center in Bismarck, North Dakota. He started taking dogs for walks, and began to realize that, as he puts it, “dogs are kind of cool.” Then his wife and daughter adopted a dog and brought it home, and his transformation into a dog lover was complete.

Find out how to support Animal Allies Humane Society here.

Check in with Pet Central next month to learn about more shelter pet heroes across the U.S. Looking for more inspiring stories? Read about heroes from:

By: Howard Hardee
Howard Hardee is a writer and reporter based in Madison, Wisconsin. Raised in Fairbanks, Alaska, he loves all of earth’s creatures (all 35 species of Alaskan mosquito notwithstanding), and at 31 years old is still mourning the loss of his childhood dog, a small, white terrier mix named Pete.