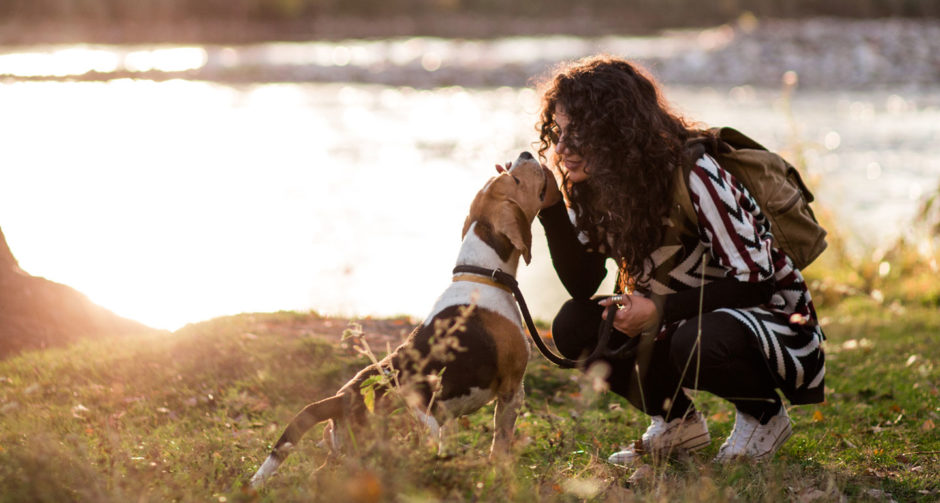 Approximately half a million Americans suffer from seasonal depression, also known as Seasonal Affective Disorder (SAD). You may be familiar with this form of depression that has a seasonal pattern, and wouldn’t wish it upon anyone—let alone your best fur friend! But wait—is that something you need to worry about as a pet parent? Can dogs and cats get seasonal depression?

If your pet just doesn’t seem to be themselves come winter, it turns out that, yes, it could be because of Seasonal Affective Disorder. In fact, it’s actually pretty common: About one-third of pet parents report seeing a shift in their dog’s mental state and energy during the winter, according to veterinarian Dr. Albert Ahn, DVM, Veterinary Advisor for Myos Pet, a senior pet healthcare company in Cedar Knolls, New Jersey.

“Considering there are about 90 million dogs owned in the U.S., that equates to around 30 million in total, which would suggest that it is quite common,” Dr. Ahn says.

Don’t panic though! We found out exactly what you need to know about seasonal depression in pets—including the signs, when to call your vet and the not-so-scary treatment options.

What Is SAD—And What Causes It?

In humans, Seasonal Affective Disorder is a type of depression that correlates to the change in seasons, says Kandace L. Nollie, LMHC, a licensed mental health counselor and program director at Chrysalis Health in Brandon, Florida. It most often occurs in winter, but rare cases can happen in the spring or summer months.

Treatments for SAD in humans may include using special lights to counter decreases in sunlight, medication and/or cognitive behavioral therapy (a common type of talk therapy), according to Cleveland Clinic.

Signs of Seasonal Depression in Dogs and Cats

While there isn’t much research available about seasonal depression in pets, experts and pet parents alike think humans and their furry friends are impacted in similar ways by those factors above.

For example, if you notice that your pup seems more sluggish and sleepy once winter sets in, shifting melatonin levels—and SAD—could possibly be at play.

“Dogs’ behavioral changes observed during the winter months may very well be attributed to an increase in melatonin due to the shorter daytime hours, which has been linked with SAD in humans,” explains Dr. Ahn.

So, what should pet parents be on the lookout for?

Dr. Ahn says the most common symptoms of SAD in pets are:

“The decrease in energy and increase in a sedentary lifestyle may also lead to weight gain during these months,” Dr. Ahn adds.

Since weight gain can cause a whole host of health problems, and you of course want your fur baby to be as happy and comfortable as possible, it’s best to nip this potential problem in the bud ASAP!

When to Call Your Vet

Any time you’re concerned about a change in your pet’s behavior, it’s a good rule of thumb to ALWAYS call your vet just to be safe. The changes listed above can be caused by any number of factors, and you’ll want to get to the bottom of it to ensure it’s nothing serious.

According to Dr. Ahn, diagnosing SAD in pets can be a challenge. After all, our dogs and kitties can’t verbalize how they’re feeling like we can. But don’t panic—your vet will listen to your concerns, evaluate your fur baby and, if necessary, suggest treatment protocols.

“Whether SAD is to blame or not, mood and behavior changes are very real and should be addressed,” says Dr. Ahn.

While treating seasonal depression in humans can include therapy and/or medication, treating your pet’s SAD usually just means simple lifestyle changes and supplements.

Dr. Ahn has a few suggestions that can make a big difference:

In addition to the above, spending quality one-on-one time indoors can help keep your pet’s spirits up and help alleviate their seasonal depression, says Dr. Ahn.

Here are a few great ways to spend a cold winter day indoors with your pet:

It’s easy to worry when your fur baby isn’t acting like themselves. But by taking some preventative steps in your home now before the days start to get even shorter, spending more time together and keeping your vet in the loop, you can help both yourself and your pet feel so much better.

By: Ashley Davidson
Ashley Davidson is a freelance writer who has contributed to publications like RunnersWorld.com, HuffPost, Wine Enthusiast and The Washington Post Magazine. She lives in Alexandria, Virginia, with her fiancé and their two dogs and cat. When she's not writing or spending time with her fur babies, she enjoys running, snowboarding, good meals with friends and traveling—with a goal to use her passport every year.