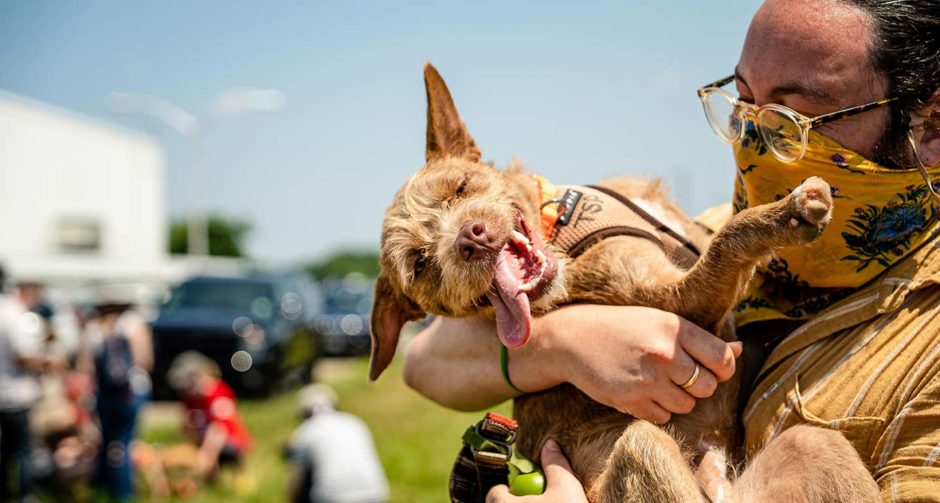 I still remember the day I saw my first sato. I’d stumbled upon an Instagram post in which a friend introduced followers to her new puppy, and I couldn’t look away. The dog—a “sato,” my friend wrote—looked nothing like any dog I’d seen before. He was scruffy but also fluffy, with unusual and beautiful color patterns, uniquely adorable. There was a spark in this “sato” dog’s eyes, the wag of his tail and the tilt of his head that seemed to speak directly to me.

At the time, I had never heard the word sato, a term commonly used to refer to the mixed breed village dogs of Puerto Rico. I also had no idea of the dire situation hundreds of thousands of satos were in, and which they continue to experience each day. And I certainly didn’t know I would be lucky enough to have a sato of my own one day—or that satos would change my life and the way I view dogs, pets and rescuing forever. 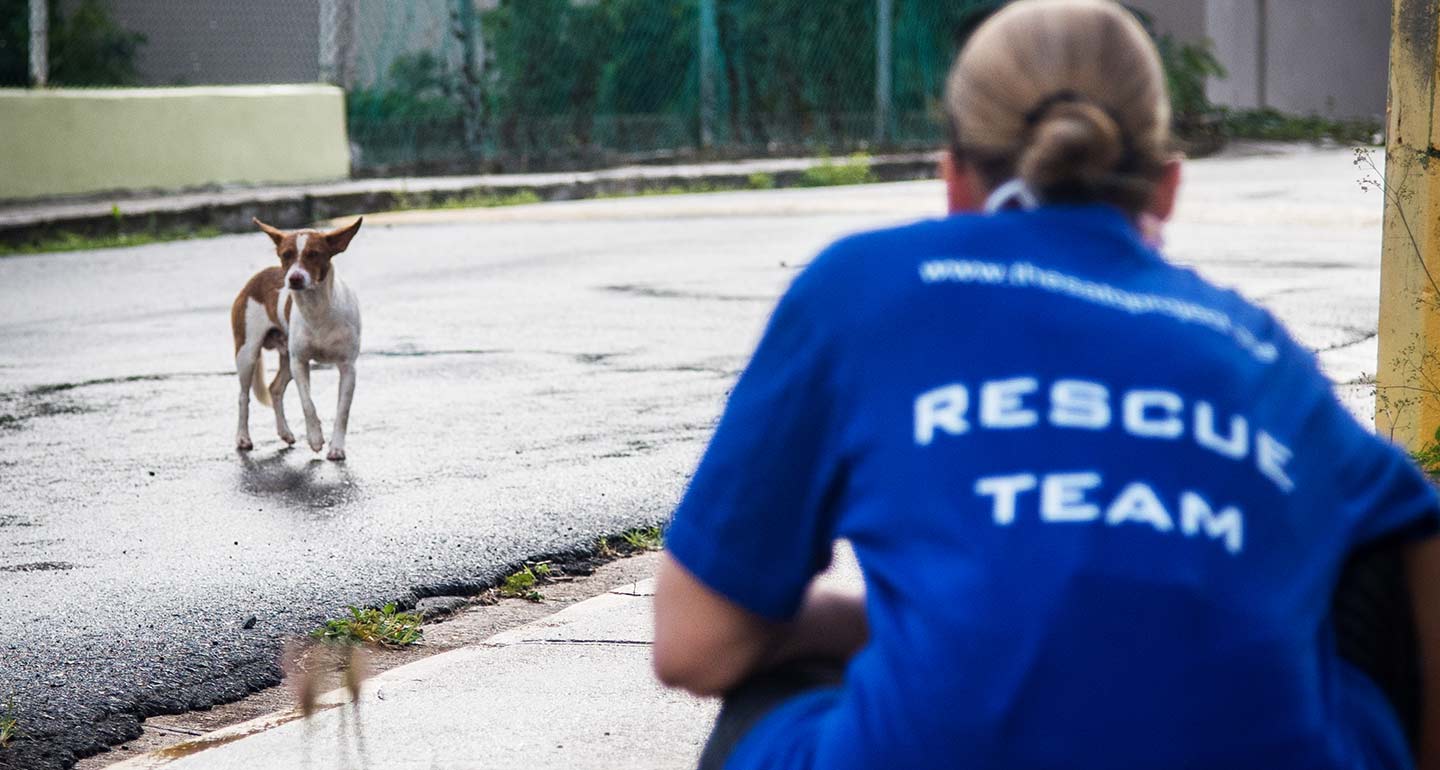 I needed to learn more about these dogs, so I dove headlong into research. What I found shocked and saddened me. It’s estimated that there are roughly 500,000 stray dogs in the U.S. territory of Puerto Rico—an area about the same size as the state of Connecticut. That’s roughly one homeless dog for every six people on the island. For context, an estimated 6.5 million dogs enter shelters every year across the entire U.S., according to the ASPCA.

The animal crisis in Puerto Rico has much to do with the widespread lack of spaying and neutering due to issues around affordability, accessibility, cultural norms and a general lack of education about animal welfare, says Chrissy Beckles, founder of The Sato Project, a non-profit organization that’s been focused on rescuing satos since 2011. For some, cost is a barrier for spaying or neutering. Others live in remote areas where access to veterinary care is scarce. Plus, while Puerto Rico does have a few municipal animal shelters, those facilities have a near 100-percent euthanasia rate, Beckles says.

What’s more, the climate and location of Puerto Rico makes it susceptible to dangerous hurricanes and earthquakes, which often leave pets abandoned or lost during the chaos and aftermath. These natural disasters can also leave veterinary facilities without power, unable to care for sick or injured animals or perform spay or neuter procedures. All of these factors together create a perfect storm that’s resulted in a unique, large-scale stray dog problem in Puerto Rico.

As I scrolled through image after image and read both heartwarming stories of sato dogs with happy endings and gut-wrenching tales of other satos who weren’t among the “lucky ones,” I knew I couldn’t turn my back on these dogs. In some small way, I needed to help. 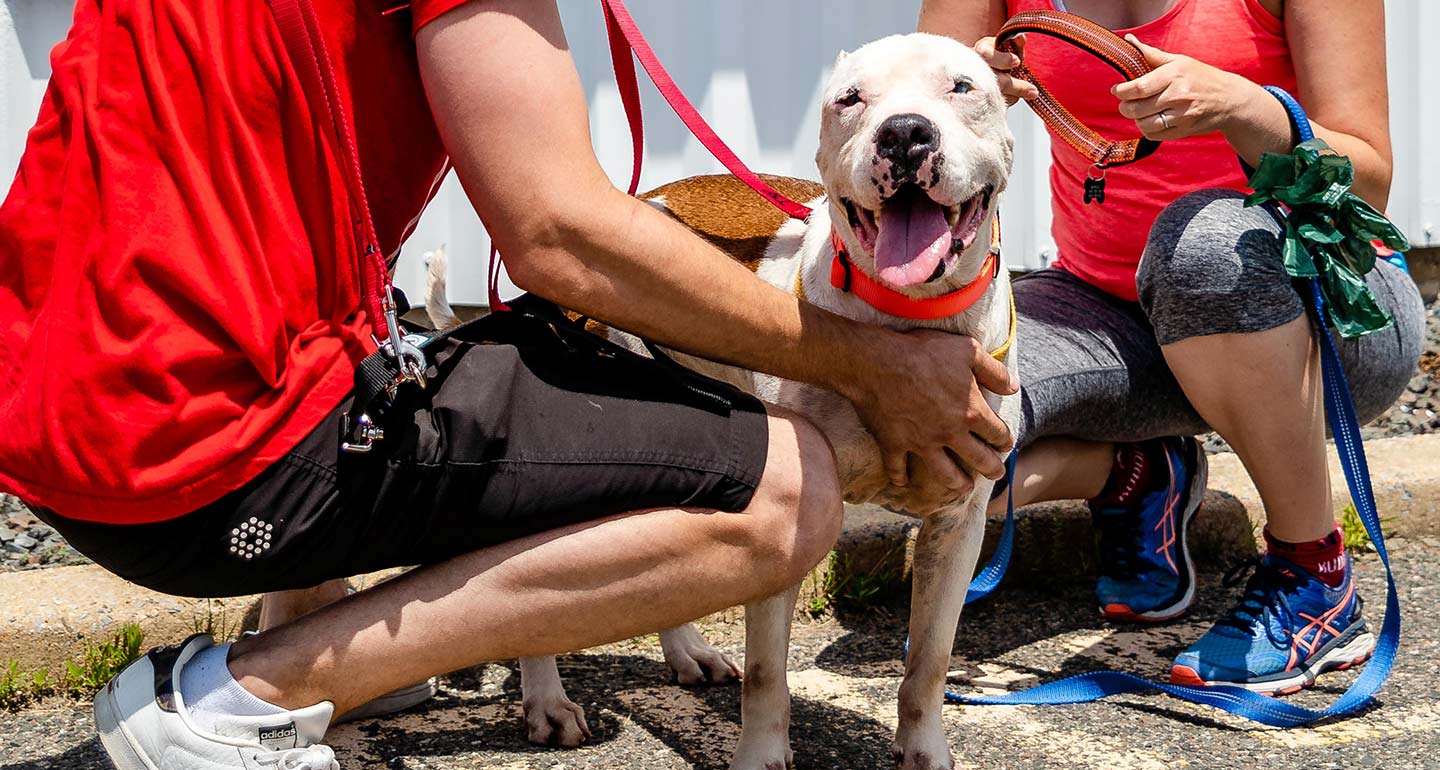 That feeling of “there’s no going back now” is familiar to Chelsey Williams, founder of Souls of Satos rescue organization based in Dorado, Puerto Rico. When she and her boyfriend moved to the island for his job, and she saw just how many sato dogs were in need, she told him if they were going to stay there, she had to help. “I feel like people really don’t know how bad the situation is until they actually see it firsthand,” Williams says.

Sally Izzo, founder of rescue organization Safe and Sound Satos, has a similar story. When she went to Puerto Rico for vacation, she came face to face with several discarded puppies in rough shape, one of whom would ultimately come home with her—and all of whom inspired her to found a sato rescue group to help these dogs by finding them forever homes in the United States.

I soon learned that many of these PR-based rescues are truly grassroots organizations that rely on donations, local and contiguous U.S. fosters and word of mouth to do their life-saving work. So, I donated, shared and, on a whim, put in an application to foster through Safe and Sound Satos.

A couple weeks later, we picked up our foster, a sato named Gwennie, at Newark Liberty International Airport. She was the sole black-and-white puppy in a mostly yellow Lab-looking litter who were found at 5 weeks old in a junkyard, struggling to survive without their mom anywhere in sight. 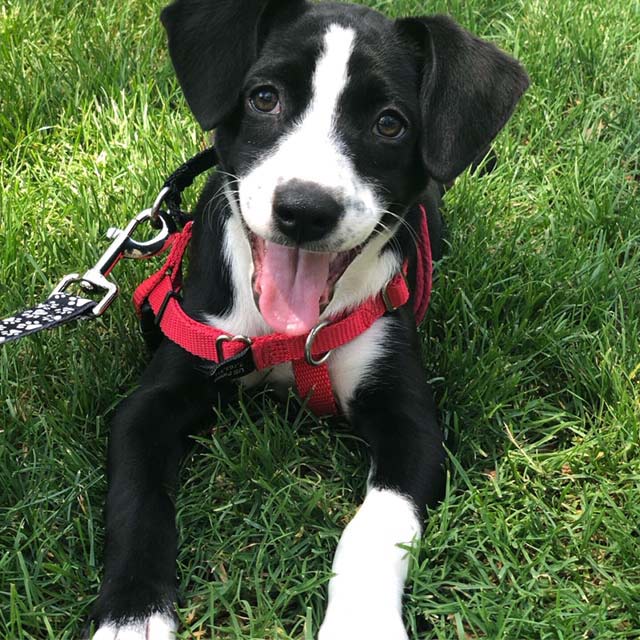 She was timid and tender, clutching to my shoulder when it was time to go outside for a potty break, so scared of all the new city noises. After a rough first night attempting to crate her, she spent the next several sleeps curled up soundly in her dog bed next to our own. She had a bout of gastrointestinal parasites (a common occurrence in street dogs), followed by tapeworms (eek), but nothing seemed to phase her for long. This dog was resilient. She was playful and funny. She was sweet and strong and smart. I get it now—she’s a sato.

“One of the reasons I essentially dedicated my life to these dogs is because they're a mirror image of the people of Puerto Rico,” says Beckles. “They are smart, and they have this innate capability and capacity to be able to survive. You show them the tiniest amount of love, and it is given back to you a million times over.”

Williams echoes this sentiment, saying “they are the most loyal, loving, and thankful pups of all time. They know it when they get saved, and are grateful to you their whole lives. They have the most special souls.”

It didn’t take long to realize that I wanted this dog in my life for the long haul. I texted Izzo a few weeks later asking if we could adopt. Gwennie became Zoey, and more than a year later, this special sato has only continued to amaze us with her tenacity, spunk and boundless devotion. We strive to give her all the love and support we can, and that still pales in comparison to what she gives us back every day. Zoey has taught me the importance of slowing down to savor the little things, to be actively present, and most importantly, to remember what really matters in life.

Every day I look at Zoey and think about what her life could have been like if she wasn’t taken in and given the chance to survive. While she’s just one dog out of nearly half a million, I feel blessed that we were able to help save a sato. Now, I encourage anyone I can to simply take a look at these dogs and their stories. So much of the success of animal rescuing efforts and adoption comes down to awareness, and if you’re anything like me, once you know about these satos, there’s no looking back. 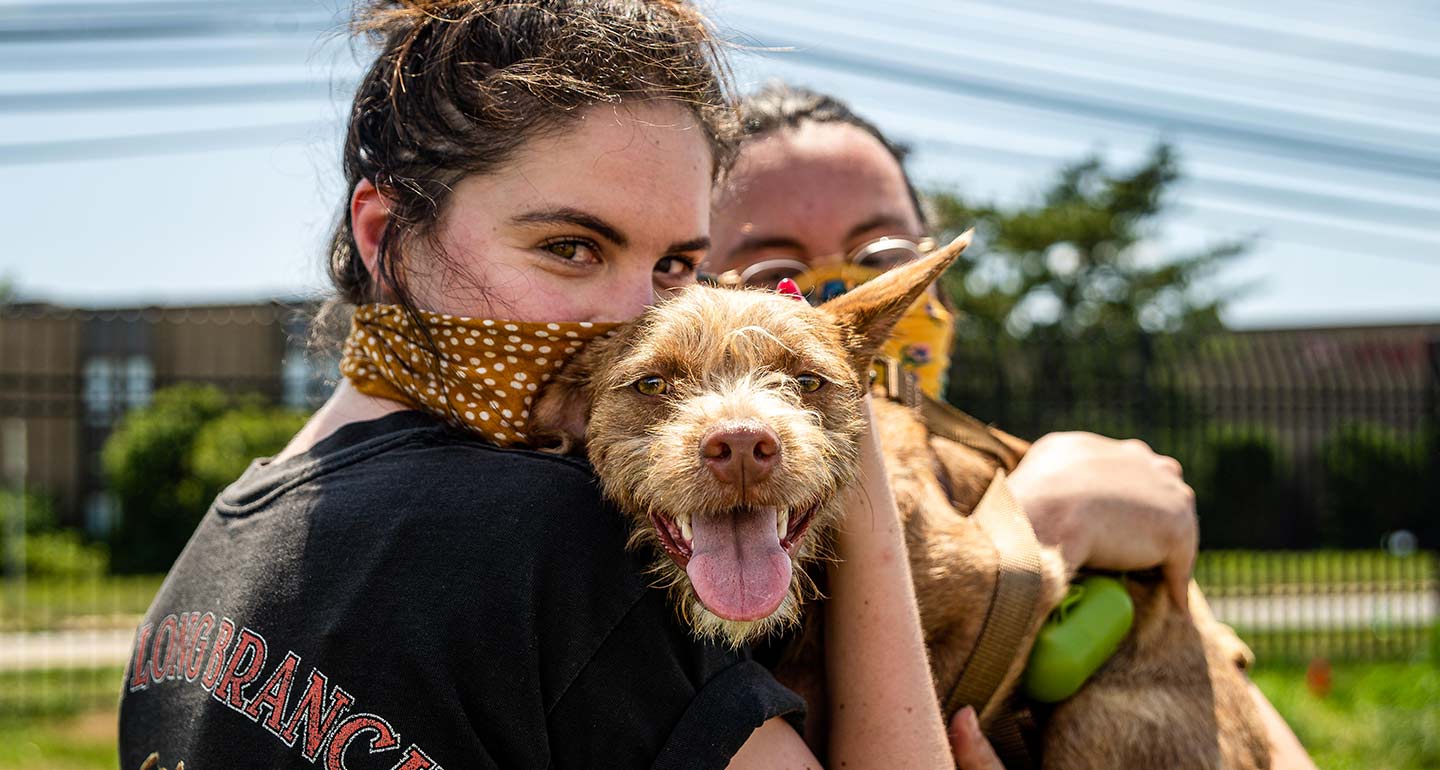 Are you considering giving a sato a loving home? Follow these organizations to learn more:

The Sato Project’s staff works along Puerto Rico’s southeastern coast, among some of its poorest communities, to rescue satos as well as provide emergency vet care, food and fresh water and spay and neuter procedures to homeless dogs. For adoption inquiries, email adoption@thesatoproject.org.

Safe and Sound Satos works to rescue, rehabilitate and ultimately find forever homes for satos throughout Puerto Rico. For adoption or foster inquiries, use this form to contact the organization.

Located in Dorado, Puerto Rico, Souls of Satos is a volunteer-run nonprofit dedicated to finding foster and forever homes for the satos of Puerto Rico, as well as the island’s stray cats. For adoption inquiries, email soulsofsatos@gmail.com.

Stray From the Heart

Based in New York, Stray From the Heart rescues homeless dogs in Puerto Rico and South America, in addition to shelters across the U.S. For adoption inquiries, see their online pet listings.

By: Alyssa Sparacino
Alyssa Sparacino has been a digital health and wellness editor for more than a decade as well as a writer covering everything from travel and food to pregnancy and pets. Her favorite role, though? Definitely #DogMom. Alyssa and her husband adopted Zoey, a Sato from Puerto Rico in 2019, and have been doting over her ever since. If Alyssa's not out hiking, biking or adventuring somewhere, you can bet she's curled up with Zoey on the couch.