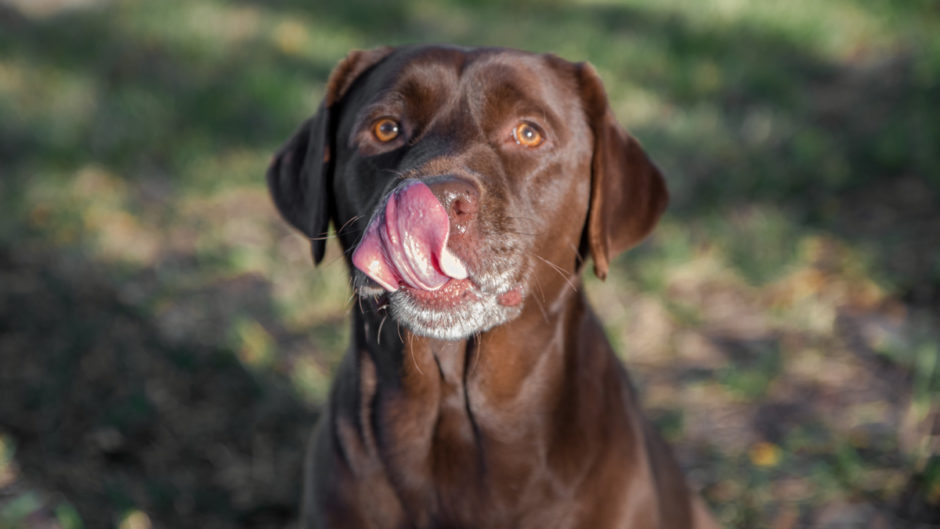 Anyone who has been around dogs before will likely know that some dog licking is par for the course. As cute as it may seem, the question still remains: why do dogs lick? If you’ve ever wondered this before, we have your answers.

Why do dogs lick you?

Dog licking seems to happen most when dogs are happy, but can the answer really be that simple? “In most cases, when dogs lick a person, especially as a greeting, it is a sign of affection,” says Mary R. Burch, PhD, a certified applied animal behaviorist and the American Kennel Club’s Good Citizen Director. Other than affection, though, Dr. Burch notes that dog licking may stem from a few other causes, as well:

•  Licking can be a stress reliever, but in this context, the dog usually licks its own lips, as opposed to licking a person.

•  Dogs like the taste of salt, and may be licking to taste your salty skin.

•  One theory is that licking is a sign of submission that goes back to the dog’s origins, where submissive members of the pack licked more dominant members. “Puppies also licked around the mouths of their mothers because they were fed not only by their mother’s milk, but later by the mother regurgitating into their mouths, and licking stimulated the regurgitation,” explains Dr. Burch.

•  Finally, the answer to the question, why do dogs lick may be that it stems from reinforced behaviors. “Dogs are social creatures, and they respond to our behaviors,” says Dr. Burch. “If you squeal and laugh and act like you are enjoying canine ‘kisses,’ there is a good chance your dog will continue to lick you.”

When can you tell if this behavior has become excessive?

Now that you know some reasons why dogs lick you, you can pay better attention to when this behavior may have crossed the line. “Licking has become excessive when the dog gets to the point that it won’t stop licking the owner,” says Dr. Burch. “A canine kiss on the cheek is fine every now and then, but licking should not be so frequent or intense that it is a bother.” Excessive licking can also occur in an untrained dog who may lick every person he meets. (Remember that some people are uncomfortable about dog slobber.)

How can I stop excessive licking?

A lick here and there is perfectly fine, but excessive licking may need to be addressed. To help curb excessive dog licking, Dr. Burch suggests something called “putting the behavior on cue.” For example, in the AKC Trick Dog program, one of the tricks dogs can learn is to “give kisses.” “The dog gives the owner a quick kiss on the check, and then is expected to stop,” she says. “During training, the dog is given a food reward immediately following the behavior, then it is taught to wait until cued again.”

Another option is to give the licking dog something else to do that is incompatible with licking, such as sit-stay, roll over for belly scratches, or fetch and hold a toy. “Finally, if the licking is really obnoxious and frequent, you can send a message that you don’t like licking by abruptly standing up and walking away each time the dog licks you,” Dr. Burch adds. “Your attention is important to the dog, and the lesson here is, ‘if you lick, you get no attention.”

Still a doggie kiss here and there will be more than welcomed by most–so just be mindful and know when your dog may be taking his licking a little too far.