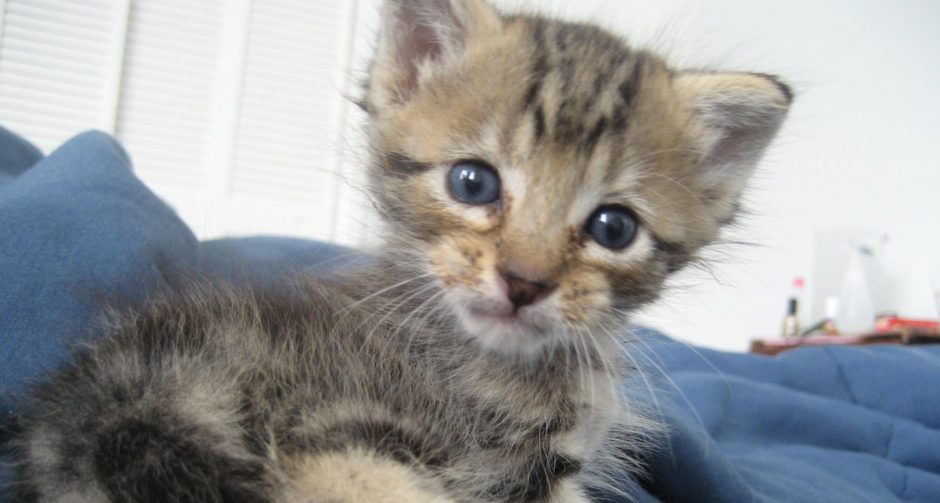 “Mama? I miss Papi.” Finn, my 5-year-old, sits in the backseat, tears welling up in his eyes. It’s an ordinary evening in an ordinary week; there’s no telling what made him think of the loss of our pet cat Papi, who died several months ago. But he remembers.

Papi, who we adopted as a newborn and lived to the age of 13, wasn’t just a member of our family—he helped create it. He had been a constant presence through major changes in all our lives. Until recently, Finn had never known a world without him.

Moments like these are heartbreaking. But they’re learning moments, too, and moments of family support and strength. Coming from Papi, who gave me the confidence to start a family and who taught us so many lessons throughout his life, they’re a bittersweet parting gift. 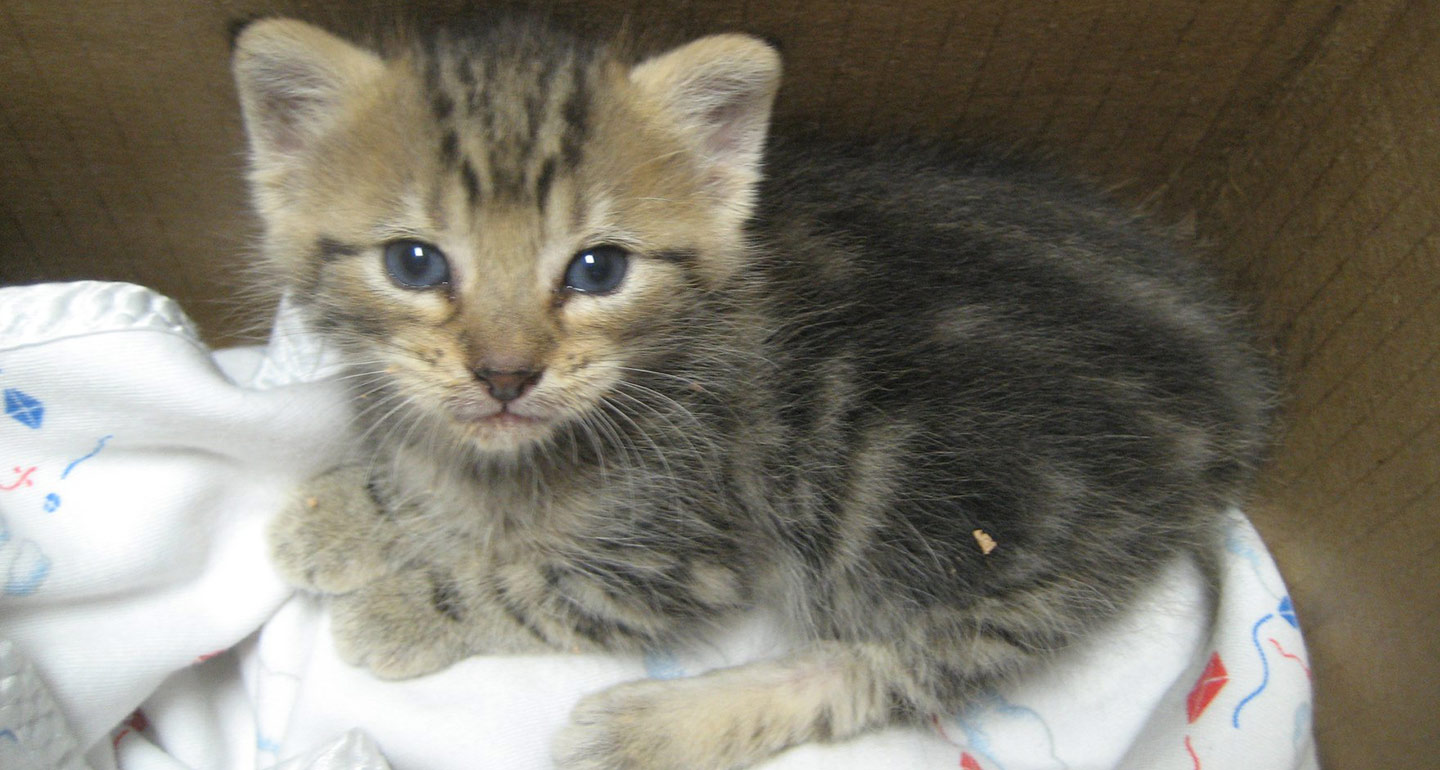 “Do we really need another cat?” Joe asked. We both knew the answer was no.

But we both knew Papi was coming home with me anyway.

It was 2007, and Joe, my then-boyfriend, roommate and future husband, had already agreed to let me adopt one cat. (Joe is a dog person.) Our first furball, Manny, was a sweet and snuggly black cat who seemed quite content to remain the only pet in our household.

But Papi’s life had had a tragic beginning: He was born in the landscaping outside the office building where I worked. My coworkers watched the cats from a window for a day or two, cooing at how cute they were with their mother. But one morning, we discovered that something had attacked his litter overnight. Papi was the only survivor. I couldn’t just leave him there.

Somehow, our vet confirmed, Papi had emerged unscathed. But he still needed lots of care; he hadn’t yet weaned from his mother. That meant it was up to us to keep him alive. We fed him his prescribed milk replacer mixed with wet cat food—a process that was so messy that Joe and I often staged mealtimes in the shower, wiping him clean afterward.

I also learned that mother cats are the real MVPs of the mom world, for one super gross reason: Because newborn kittens don’t know how to relieve their bowels or bladder on their own, mama cats have to use their tongues to “stimulate excretion.” That’s right: They lick their babies’ private parts until they pee. (Years later, I’d think about this while changing my own babies’ foul diapers: At least I’m not a cat.) Thankfully, I was able to do this for Papi with a warm, wet washcloth.

Back then, I didn’t think I’d ever have children of my own. I thought of myself as too selfish, too squeamish, too much of a control freak to be able to give myself over to such a monumental job. And let me be clear: caring for a kitten through a couple months of his newborn stage, while challenging, is a weeklong beach vacation compared to what I now know is the sleep-starving, body-wrecking, mind-exploding task of keeping a newborn baby alive.

But this is also true: When Joe and I started talking about having kids, those newborn days with Papi are what I thought of first. I remembered the three of us together in the bathroom, Joe and I taking turns cradling this tiny, helpless life in our hands, embracing the mess, doing whatever it took to keep him happy and healthy. Without those memories, I don’t think I’d have ever leapt off the giant cliff into motherhood. 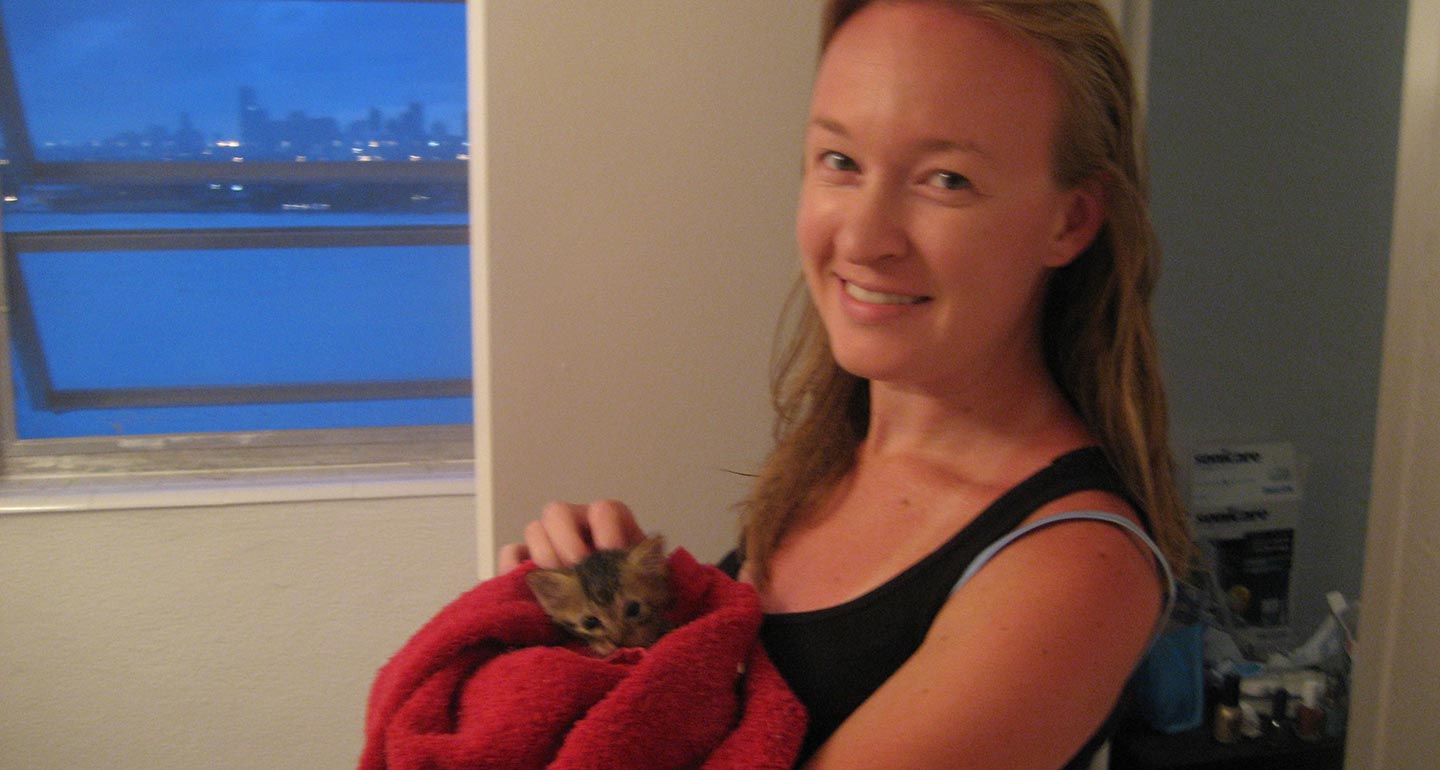 That was just the first of the lessons that Papi bestowed upon us. Throughout his life, Papi taught us everything from patience (which we practiced by enduring his plaintive meows anytime his food bowl was empty) to the practical. For example, we learned that pet insurance would have been a wise investment after Papi required surgery to remove bladder stones. Joe and I were young and working hourly jobs, and could barely afford the cost of the procedure. We’ve had pet insurance ever since.

Papi was also a patient, if frustrated, teacher when it came to getting the humans in his life to respect his boundaries. Unlike Manny, Papi didn’t want our physical affection. After he grew out of his snuggly kitten phase, he’d recoil from being pet, brushed or picked up. He wanted to be admired from afar. We’d often find him posted up on the arm of a chair or a high shelf, gazing down at us as if to say, “I’m gorgeous. You’re welcome.”

Well, most of the time. Every so often, Papi would plop down on the couch next to Joe or me. That’s as close to an invitation as he’d ever offer. Within a few seconds of our gentle pets, Papi’s head would roll back, his eyes would close, and he’d purr as loudly as any cat ever purred. A few minutes later, he’d open his eyes and look almost embarrassed at himself. Then he’d abruptly stand and saunter away, never looking back. 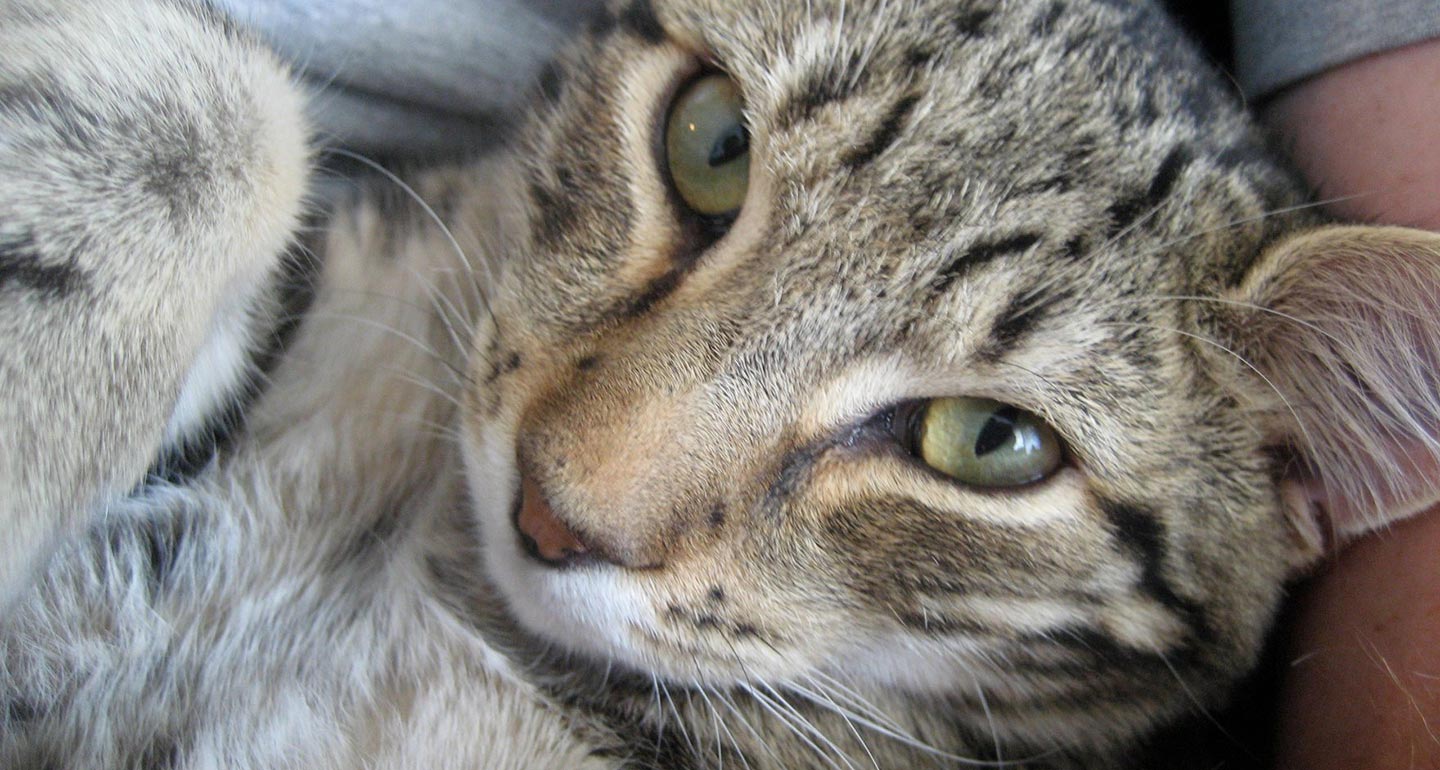 Our family grew and changed so much in the years Papi was with us. Joe and I bought a house. We got married. We had a son, moved to a new house and had another boy. Joe changed careers. I changed jobs. Time sped up. It didn’t really occur to me that Papi had become an old cat, not until earlier this year when I noticed him limping.

I brought him to our vet immediately, fearing the worst. Papi was 13 years old, after all. But the doctor took an X-ray and sent us home with some pain pills, assuring us it was some sort of muscle injury. I breathed a sigh of relief.

But Papi’s limp didn’t improve, and a couple weeks later, the real diagnosis floored us. It was cancer, a tumor at the hip that had grown so large it was inoperable. All we could do was keep Papi comfortable.

I was so sad, but that feeling paled in comparison to my worry about Finn, my 5-year-old son. (Our other son, thankfully, was too young to know what had happened.) No one close to Finn had ever died before. I skipped every other stage of grief and went straight to anger, outraged at a world that would force my son to learn about death so early. Underneath that worry was a bottomless pit of fear. I was so afraid of explaining death to Finn, of confusing or scaring him, of screwing him up for life. I didn’t feel ready to embrace this mess.

But I didn’t have a choice. Nobody knew how long we had to say goodbye to Papi, and I couldn’t let Finn miss his chance.

So, I sat down with my son, who had been a baby just a blink ago. I looked him in the eye and explained to him that Papi was sick. That he was going to leave us soon. That I would be there for Finn if he wanted to say goodbye. Together, Finn and I crouched beside Papi’s bed, stroking his fur and telling him we loved him. Papi closed his eyes and began to purr. His head relaxed back against the bed. For once, he let us love on him as long as we wanted.

The house still feels a little empty without him. Manny wanders through the rooms and demands extra snuggles. I still sometimes expect to see Papi curled up behind the sofa or basking in a sunbeam through the window. And Finn still struggles to understand. Even now, months later, he’ll ask me out of the blue, “Mama, do you remember Papi?”

It’s Papi’s last lesson for us—and it’s the most valuable one yet.