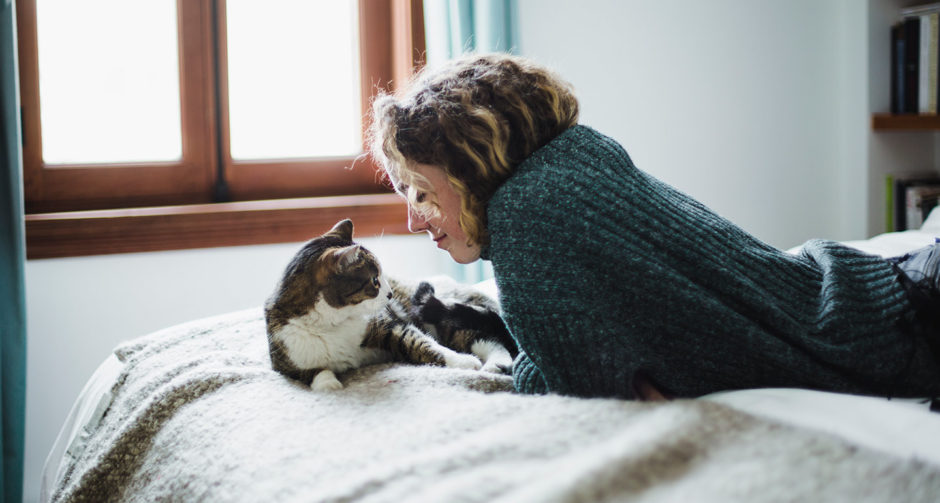 You’ve probably seen a lot of foster pets lately, posing on your social media feed or out for walk with a neighbor. That’s because more and more people are fostering homeless pets during the coronavirus pandemic. This trend is a win-win for everyone: It gives pets a better chance of finding a forever home, relieves the burden on shelters and rescues, and makes life more livable for foster parents while they’re sheltering in place.

Just ask these foster parents, all of whom took in a temporary pet for the first time in March. From adoption successes to foster “fails,” their stories are unique—but they all share the rewarding feeling of helping a pet in need. 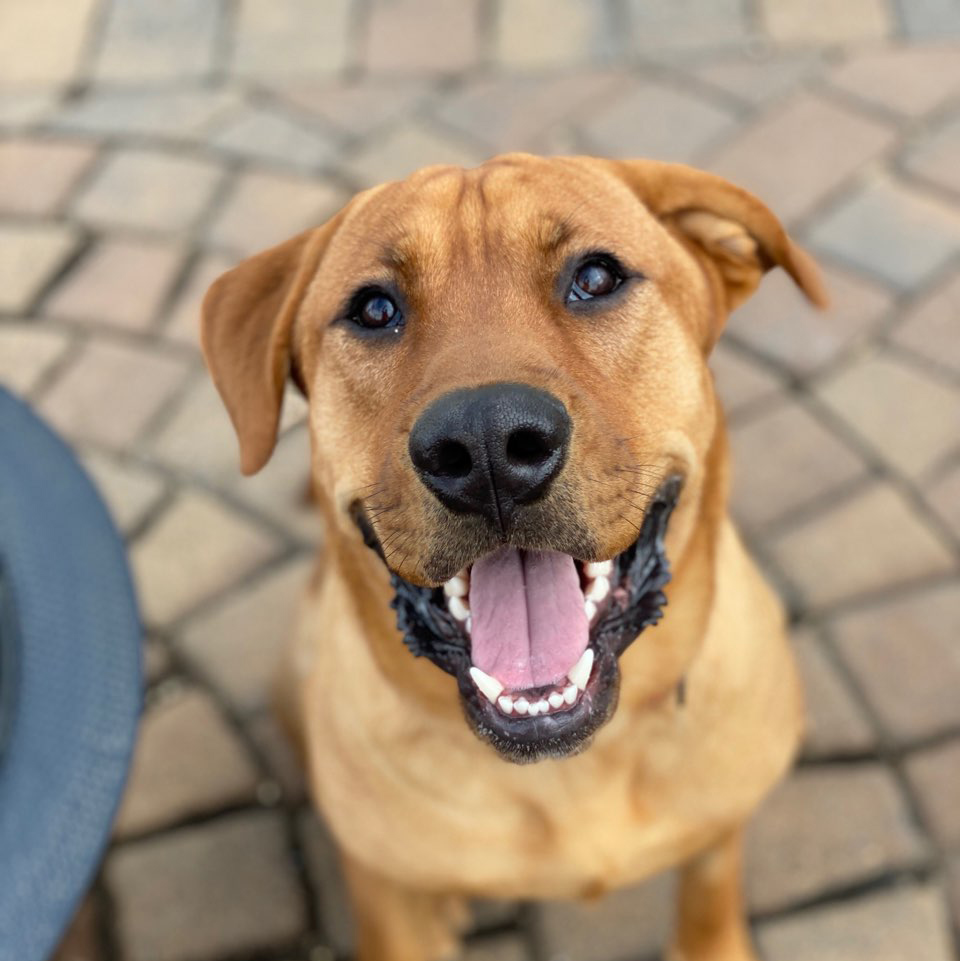 Liz Burrage, a Baltimore-area nonprofit worker who helps her mother raise therapy dogs in her spare time, loves to give back. But when the pandemic cut her off from her usual work, she found another way to be of service: fostering pets. Her first foster, a 1-year-old Sharpei-Labrador mix named Snickerdoodle, came home with her March 19.

“He has the softest wrinkles and fur on his head ever,” Burrage says. “And he had a huge play drive.” At the shelter, Burrage says, Snickerdoodle was only able to go outside for short periods three times a day. At home with Burrage and her family, Snickerdoodle had more opportunities to play and exercise—and it showed. “In a few days, he started to really come out of his shell,” Burrage says.

Snickerdoodle proved he was good with children and other dogs—which helped his shelter find a home for him in just six days.

Having Snickerdoodle by her side helped ease Burrage’s anxiety about the pandemic, she says. And through his interactions with kids and other pets in Burrage’s family, Snickerdoodle proved he was good with children and other dogs—and that information helped his shelter find a home for him in just six days.

“When [the shelter] called and said, ‘Snickerdoodle was with us for two months and we didn’t have one application, and now after six days, he’s adopted’—I just sat there and cried. Like, wow, I didn’t even put that into perspective.”

Now, Burrage is a foster convert. After Snickerdoodle, she fostered and found a home for a Jack Russell Terrier named Arby, and is currently fostering a three-legged mixed-breed rescue named Boston. 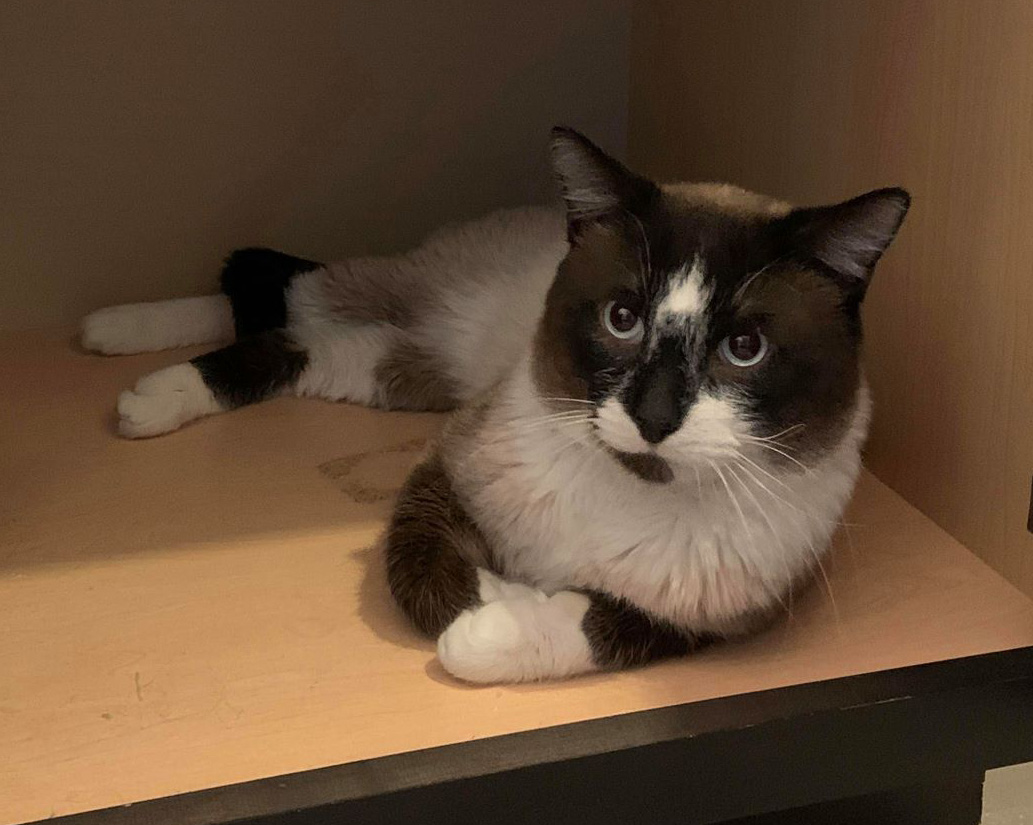 “When I realized that we would be home and I would be feeling [Lulu’s] absence all the time, that’s when I really started to want to get another animal,” says Fitzpatrick, who lives in Louisville, Colorado. But she didn’t feel ready to commit to a lifelong adoption. So when she saw an ad from a local shelter asking for foster parents, “I thought, I can do that. I can help another cat.”

Days later, Fitzgerald brought a long-haired Siamese cat named Yeti into her home. The adjustment started out rocky, she admits; Yeti spent a lot of his time hiding behind her shower curtain. But now, about a month after she took him in, Yeti’s slowly coming out of his shell (and out of the bathroom).

“It’s given my husband and I something outside of ourselves to pay attention to and support."

“He’s getting confident and curious,” Fitzpatrick says. “He’ll follow my husband out with treats—but then runs back to the bathroom when he thinks he’s gone too far!”

Focusing on Yeti’s needs has helped Fitzpatrick overcome the stress of social distancing, she says. “It’s given my husband and I something outside of ourselves to pay attention to and support. We’ve been watching his progress and that’s been really comforting.” 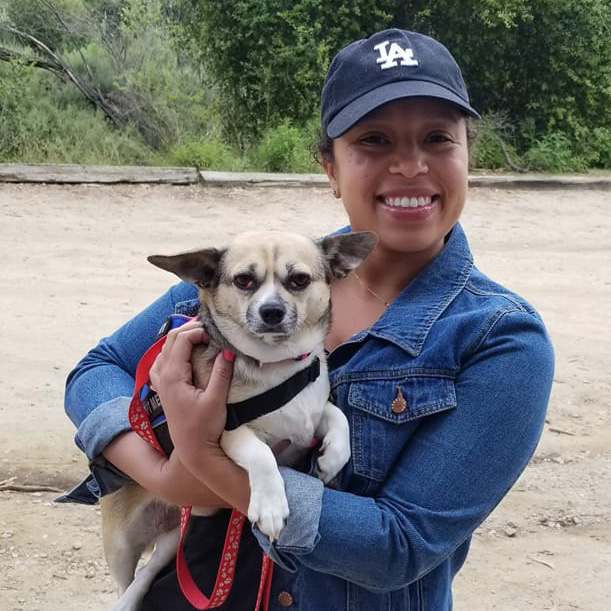 When you love your job, sometimes you bring your work home with you. That’s how Michelle Sathe, public relations manager for Best Friends Animal Society in Los Angeles, California, ended up fostering Sugar, a 4-year-old Chihuahua who’d been living at Best Friends for 1 month.

“She’s brought me so much joy in a really scary time,” Sathe says. “Her little face just makes me smile. I have two senior dogs who I absolutely adore, but having a young dog zip around and do zoomies and wiggle with her whole body every time she sees you has been such a nice distraction.”

"Fosters are the gateway to finding their happy ending."

Sugar lived with Sathe and her family for three weeks, and along the way, Sathe learned a lot about the little pup. For example, she has a ton of energy (hence the zoomies), and she gets loud and vocal if she thinks she’s being ignored. “Sugar is one of those dogs who needs to be the center of attention,” Sathe says, which made splitting her affection between the three dogs in her life a challenge.

So when a woman who lives alone applied to adopt Sugar after three weeks of fostering, Sathe knew it was a perfect match. “Even though it’s breaking my heart, handing her off to someone who is currently alone during this pandemic … is the way for Sugar to have the best life. And she deserves it.”

Saying goodbye was bittersweet, Sathe says, but she has no regrets. “If there’s nothing else that I’ve done with my time in the last three weeks, this has been the best use of that time,” she says. “Fosters are the gateway to them finding their happy ending. It’s such a rewarding process to be a part of—even if I cry a little bit.”