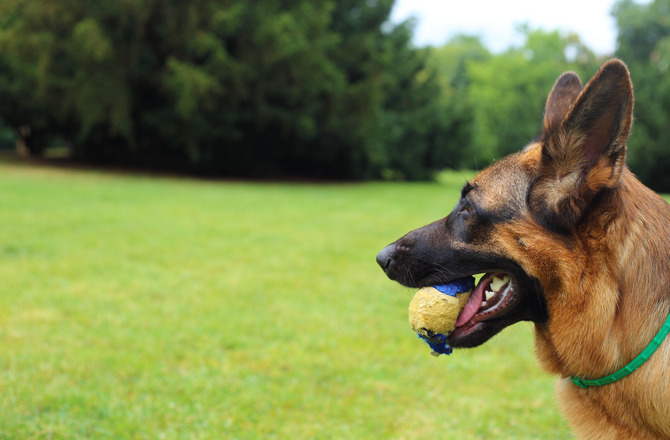 Most well-run dog parks have their rules and regulations posted at the door, including park hours, liability waivers and dog age requirements. But did you know that there are also unwritten rules that separate the dog park newbies from the pros? Sure, you know that you’re not supposed to keep your dog on leash inside the park and you always clean up after him, but being a good dog park patron takes more than just following the rules on the sign out front.

In order to maximize your fun (and safety) at the dog park, avoid the following bloopers:

If you’ve got a “work in progress” dog, you’ve probably got dog treats in every pocket, some long forgotten. While you might not remember that you have liver bits in your back pocket, wander into any dog park and the canine attendees will quickly remind you. Even if you think you can sneak in a handful of treats, the canine nose will hone in on you the second you enter and you’ll become the sole focus of every dog there (possibly to the detriment of your clothing – some dogs are relentless when they sniff out contraband!).

Before you hit the park, make sure to empty your pockets, crumbs and all.

Not Knowing Your Dog’s Type

Do you wonder how your dog will react at the dog park when surrounded by new canine friends? Are you unsure about his preferred play style? Have you ever called your dog “iffy” with other dogs? If you answered yes to any of these questions, you should probably skip the park.

Dog parks are designed for dogs that are already appropriately social with others. Seasoned dog park dogs understand how to interact with their peers and know that no matter how speedy or noisy the play gets, everything that happens in the park is all in good fun. The dog park isn’t a proving ground for untested dogs and bringing a behaviorally-questionable dog to a social event can be dangerous for everyone involved.

Taking your dog to the park might seem like a great opportunity for your dog to burn off pent-up energy while you catch up on your social media feeds, but in doing so you could be putting your dog at risk. While all dog park attendees are supposed to be friendly and appropriate with others, sometimes the excitement gets to be too much and the play requires human intervention, much like what happens with overtired children on a playground. If you’re not actively supervising your dog, you won’t notice when he’s looking to you for support, or you might not pick up on the fact that your dog is acting like a pushy tough guy.

Staying engaged with your dog while he’s on the field allows you to be his advocate in times of need and gives you a better understanding of your furry best friend’s social skills.

Not Realizing that Size Matters

When it comes to play at the dog park, size matters. Most well-run parks have separate areas for big dogs and little dogs for a good reason: to ensure that no one gets hurt. Dog play is intense and shifts quickly, and even the gentlest of giants can misstep, trip or bump and accidentally injure a smaller dog. And it doesn’t matter if your little guy with a Napoleon complex “acts like a big dog,” it’s best to keep him with similarly-sized friends to keep him safe.

Believe it or not, some dogs don’t love playing with groups of other dogs. It’s a bummer to realize that your dog doesn’t dig sparring with crowds, but it’s critical that you honor his preference if he’d rather not. If you take your dog to the dog park and he spends his time hugging the fence, hiding behind you or snarking at dogs that try to engage him, rethink why you’re there. Your dog should love going to the dog park to play with the posse, otherwise it’s fine to skip it!

If you feel like your dog might prefer hanging with canine peers in a less chaotic venue, find a friend with an even-tempered dog and try a one-on-one hang instead.

Do you think your dog “blows off” your commands? You might want to take a training refresher course before you hit the park. Some dogs become so passionately involved in the freedom and fun at the dog park that their human becomes invisible, making it impossible to call him away from an escalating scrum. Then, when it’s time to pack up for the day, your dog might decide to play “catch me if you can” instead of listening when you call. The next thing you know you’re chasing after him, which adds to his fun and prolongs his play time, setting up a frustrating pattern that will make you dread the end of every dog park session.

Spending some time polishing your dog’s manners before you hit the park will make life easier for both of you.

A strange dog has pinned your dog to the ground, should you intervene? And now another dog is barking at your fur baby, is that normal? Even though dog play seems wild and lawless, well-socialized dogs follow a set of nuanced rules. The problem is when the human end of the leash doesn’t speak the same language and misinterprets what’s going on. It’s critical for pet parents to accurately translate the action on the field as dogs play, because interrupting acceptable play is annoying, and ignoring escalating interactions is dangerous.

A dog-lingual pet parent knows their play bows from their mow downs, and understands when to let it ride and when to step in.