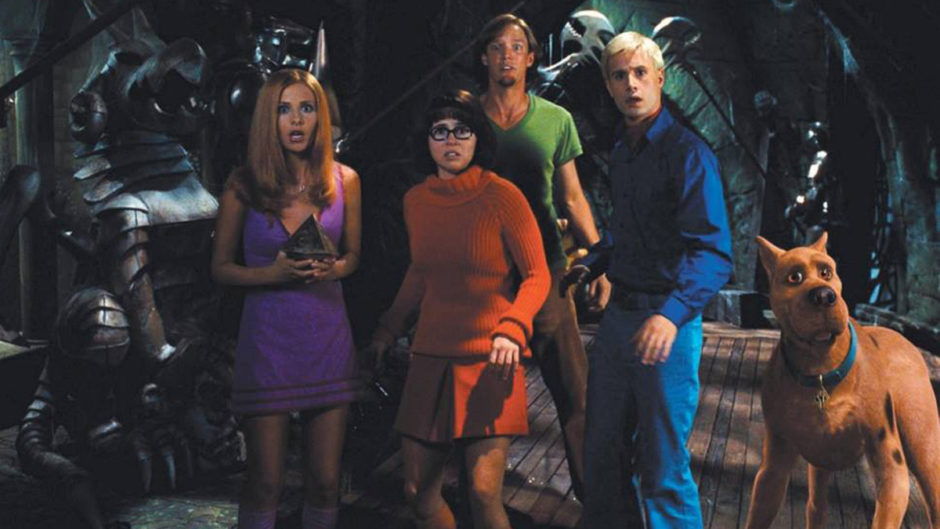 Curling up on the couch and watching Halloween movies in late October is a great way to get into the spirit of the Halloween season. And nothing beats watching with your fuzzy pal (especially during the spooky scenes).

Nothing, that is, except watching Halloween movies featuring pets with your pets!

So throw on your matching footed pajamas, heat up some popcorn and whip out some cat and dog treats as you prepare to binge watch these seven classic pet Halloween movies.

This classic 1990s Halloween flick is a delight for all ages, and the presence of talking black cat Binx throughout the film—a critical cast member—is one of the most enjoyable parts.

Starring Bette Midler, Sarah Jessica Parker and Kathy Najimy as sister witches, “Hocus Pocus” follows Max Dennison and his younger sister as they come upon a spellbook and resurrect the witches during a full moon on Halloween night. Binx becomes a fast friend and helps them out in keeping away from the witches.

Tim Burton’s remake of the 1984 original “Frankenweenie” was released in 2012. This stop-motion 3D animation film follows Victor Frankenstein as he sets out to recreate his beloved Bull Terrier Sparky after the dog dies suddenly. Victor is inspired by his science teacher to reanimate Sparky with lightning—and it works!

This live action film of the classic cartoon “Scooby-Doo, Where Are You?” is a spooky, quirky mystery with all the classic Hanna-Barbera characters—and lots of snacks and dog treats for the beloved Scooby-Doo! Headlined by an all-star cast including Freddie Prinze Jr., Sarah Michelle Geller and Matthew Lillard, the Mystery Inc. crew head to Spooky Island to investigate paranormal incidents.

The “buddies” are back with new friends as they face off with a “hellhound” in this Halloween caper chock-full of cute, talking puppies. The Golden Retriever puppy siblings try not to be taken hostage by Warwick the Warlock in this fun Disney dog movie.

5. “The Nightmare Before Christmas”

Zero, Jack Skellington’s ghost dog, steals the show in this cult Halloween classic. With his orange pumpkin nose, he is a clear-cut take on Christmas’ Rudolph and his shining red nose. Zero rises from his doghouse in the graveyard to play with his owner and guides him with is bright nose through the fog. This dark, eccentric Halloween movie by Tim Burton displays the love between a master and pup in stop-motion animation.

6. “The Dog Who Saved Halloween”

via The Dog Who Saved Halloween/Facebook

In this dog movie, Zeus and his family notice some strange sounds and lights coming from the house next door and take it upon themselves to investigate the spooky home.

Snoopy, Charlie Brown’s lovable sidekick, displays his silly antics throughout this Peanuts Halloween classic from the 1960s as the crew searches for the mysterious Great Pumpkin. There is no greater pet-and-parent relationship than the one between the sweet Charlie Brown and the self-confident Snoopy. And in this film, Snoopy channels his favorite alter-ego, the World War I Flying Ace, battling his nemesis the Red Baron.