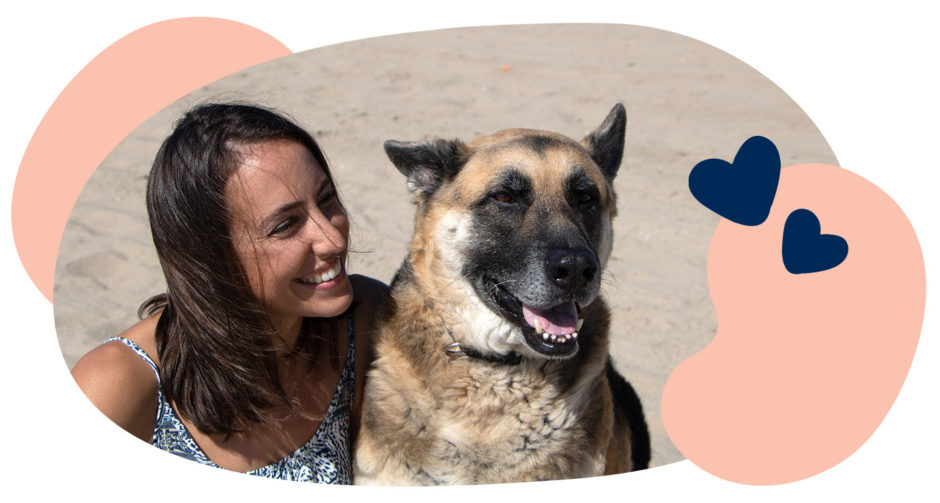 We all remember the moment we first saw our pets. Maybe you were searching for a new forever friend for a while. Or maybe you weren’t even looking on that particular day, but just couldn’t say no to that wagging tail or those purrs. Either way, you’ll probably never forget the moment you knew your pet was the one for you. These “When You Know, You Know” moments are worth celebrating. Here’s how one pet parent knew their dog was the one for them.

Sometimes love finds you when you need it most. That’s how it was for my dog Bolt. It was Thanksgiving my senior year of college. My boyfriend of two years and I had just broken up, and I returned home for the holiday, landing in Oakland, California, to one of the worst storms we’d seen in years. What can I say—the weather reflected my mood.

As hail rained from the sky, transforming the pretty wine country into an apocalyptic nightmare, my mom drove home from the airport, harassing me the whole way. “Can you please act at least a little excited to come home?” Thanks, mom. She didn’t seem to understand why I was “so down” over the breakup.

During the drive, my mom also chatted away about her work with the German Shepherd Rescue. She started volunteering there shortly after I went to college—fostering dogs, organizing adoption days, and conducting home visits to potential dog parents—and she was passionate, to say the least. There was a running joke about it: For every one of her kids who left her house, she’d foster a new dog to replace them.

But the chaos of the holiday season—and likely, my siblings and I being home from school—forced her to take a small break from fostering, so we arrived to a dog-free house (though, admittedly, not fur-free) just as the storm took the power out.

Later that night, as we sat around the dinner table, someone from the rescue called with an urgent message: A dog was found in the storm, and there weren’t any shelters open for intake the day before Thanksgiving. My mom couldn’t help but take him in.

An hour later, a car pulled up in our driveway and my mom rushed out with an umbrella only to return a few minutes later holding a wet bundle of fur. My siblings and I rushed to see him. And then there he was: a soaking wet German Shepherd puppy, complete with shaved feet, plucked whiskers and the strangest, curliest hair I’d ever seen on the breed. To be honest, he looked ridiculous. But his almost-human eyes were endearingly feisty, so I gave him a few tentative pets. The 3-month-old pup had more interest in exploring than in my cuddles, though. He did laps around the house, pausing only to mark the ground. And on that note, I went back into my room.

A few minutes later, I heard barking and my mom playfully chastising, “Oh, don’t go in there. That’s not for you.” I went to see what was going on and found him rummaging through my bag, tearing it apart like it was some sort of prey.

Great. Now my stuff was being destroyed. What a trip this was becoming. I immediately told the stubborn pooch no, gently wrestling my bag away from his sharp puppy teeth. It was then that I noticed a piece of paper in his mouth. “What is that?” I thought, taking it from the pup. It was a piece of a photo that was taken a few months prior of my now ex-boyfriend and I on the beach. At some point in the past, he had written a love note on the back. Now, a piece of his face was covered in drool and the rest of the photo was in shreds, courtesy of this little dog.

I’ve always been the type to believe in destiny. And to me, seeing that puppy gnawing on a corner of my ex’s face was nothing short of fate. That’s when I knew that we were supposed to be together. And I think he knew it, too, as he started doing joyful laps around the living room at full speed.

“We should call him Bolt,” my sister said.

Bolt—quick as lightning, brightening up the dark sky—the perfect name for the perfect dog (to me, at least). I snuggled him up close in my arms. 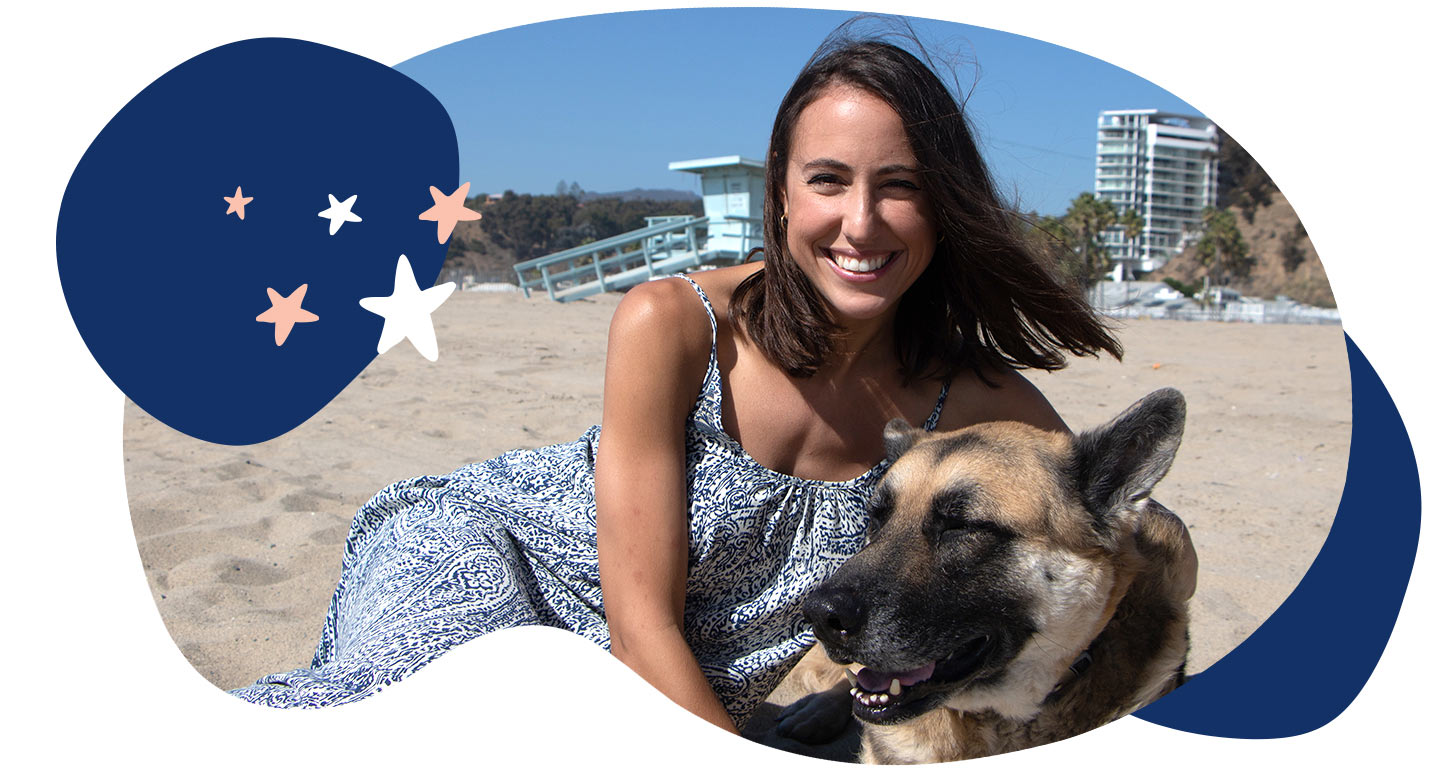 Convincing my mom to let me adopt him took work. After all, I still had four months left of college, and I had never had a dog before. My mom was concerned I wouldn’t have the time to properly care for him. But I was certain that we needed each other, and that I could handle all the responsibility parenting a dog required.

When I went back to school, I called my mother every day asking for updates on Bolt, and when I returned home for Christmas break the following month, there he still was—and my mom had the adoption papers. It was official. We were each other’s.

I was 21, a college senior living in Newport Beach, California, and we were perfect for each other. He was social as I was, always the life of party on the nights when my friends and I would turn on music and dance around the apartment. He grew into a large, regal dog with a compassionate face, famous all over Newport.

We moved to Santa Monica a few years later. My friends and I joked that Bolt went from being a street dog to a beach bum and eventually to a bougie Santa Monica local. When the boyfriend who would eventually become my husband moved in with us, Bolt adopted him too, and I watched their love grow the way ours had. When my baby was born a few years later, Bolt watched over her with a tenderness in his eyes he reserved for only our mushiest moments.

I often think back on the night we met, and I know it was fate that brought us together. When I met Bolt I was a heartbroken kid, devastated from my break up. Our long walks and nights in helped me heal. His friendly, outgoing nature helped me meet people who are still friends to this day. He was an ice breaker, a great judge of character and he filled me with purpose when I needed it most. Fresh off a breakup, he taught me how to love in a way I never had before. And I will always be grateful.