Sir Darius has turned bow ties into a lifesaving tool for shelter animals, sewing and donating nearly 400 of the fashionable accessories since 2017 to help shelter animals get noticed and adopted more quickly. And along the way, he’s earned praise from former President Barack Obama and the British government, among many others.

“A bow tie, in particular, just gives off that certain something,” Sir Darius says. “It has this distinction that helps the person pop out. So I felt like the bow tie might give off happiness or some dapperness for the animals to help them get adopted.” 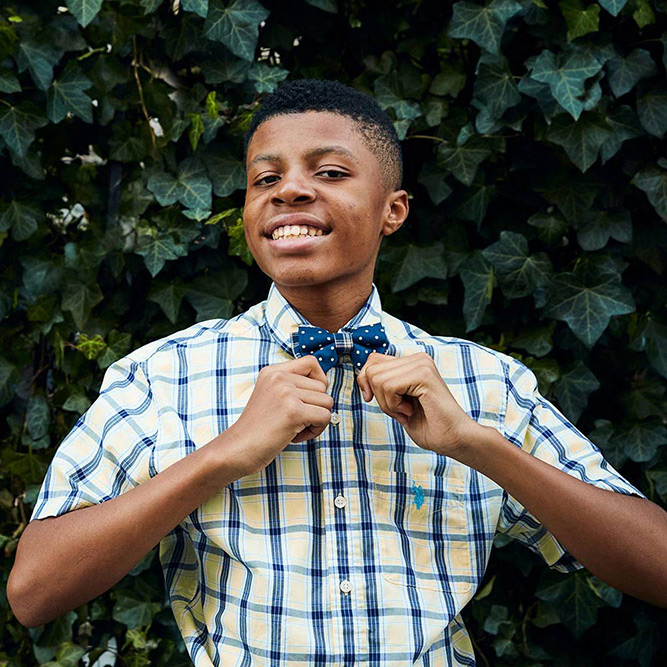 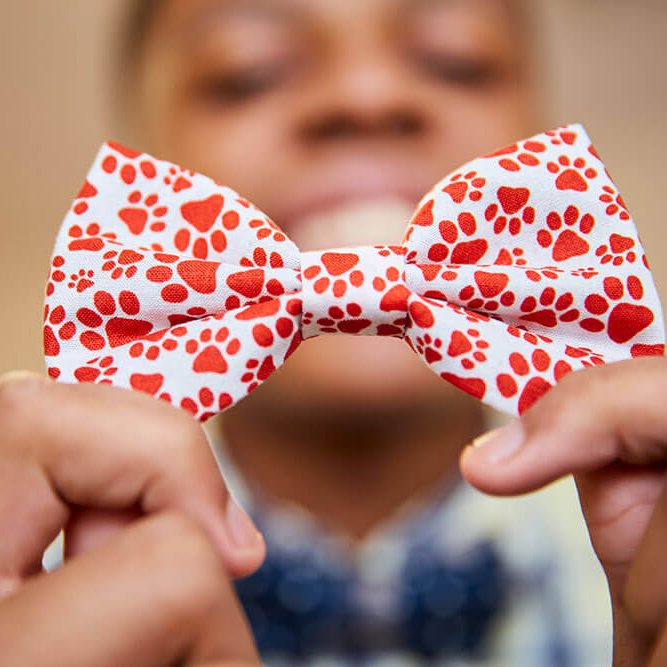 Sir Darius got his start in sewing at age 8, when his older sister began sewing hair bows for her friends at school. Every day, he recalls, she’d sit at her sewing machine and work on her latest creations. “Anything my sister did, I wanted to do,” he laughs, “so I asked if I could help her.”

Learning to sew didn’t just help him get closer to his big sis. Cutting the fabric and using the sewing machine helped Sir Darius, who was born with delayed fine motor skills, to practice precise motion with his hands. He was instantly hooked on sewing, and because he didn’t have much use for hair bows, he created his own method of sewing bow ties instead. 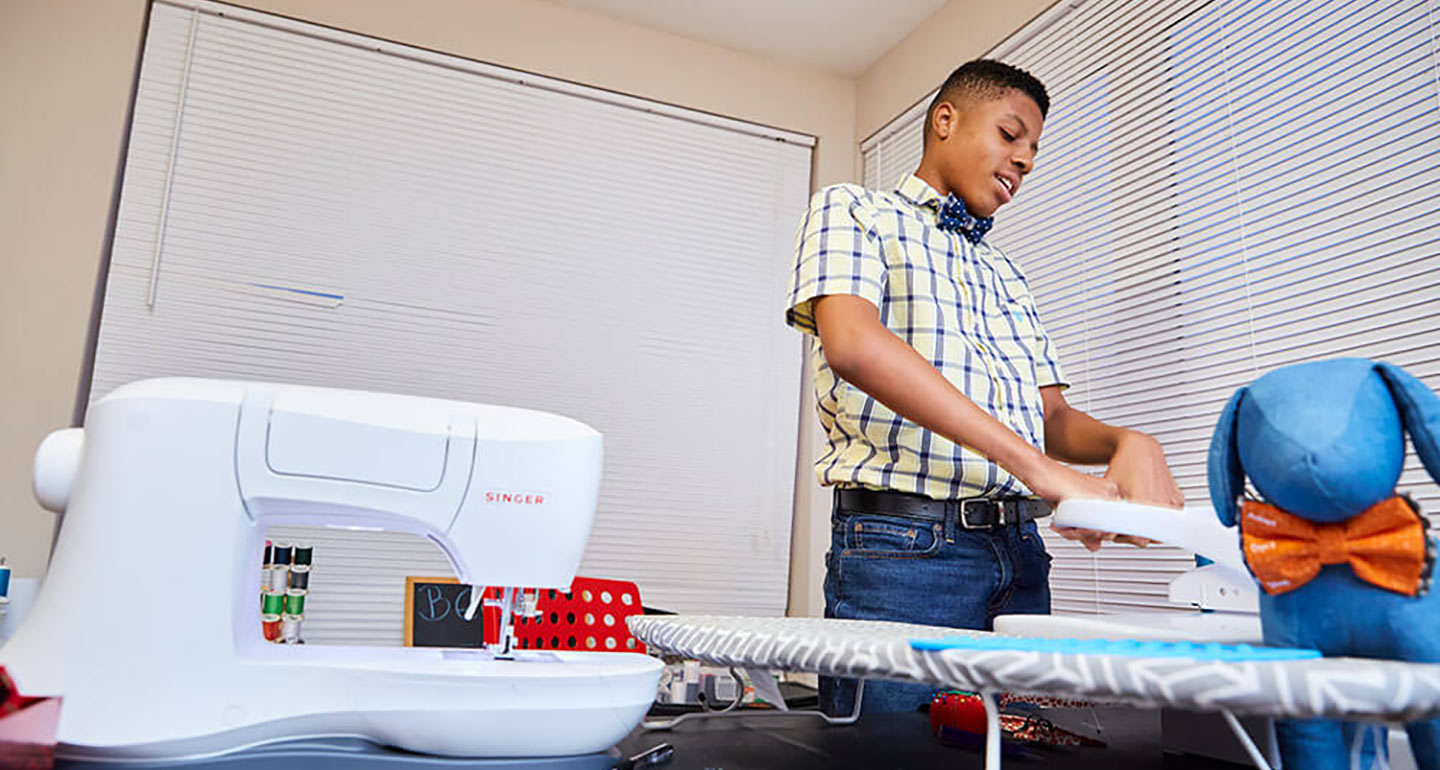 At first, Sir Darius just wore his bow ties himself. (He still does, by the way—“Everywhere I go, I make sure I wear my bow ties,” he says.) But in 2017, when Hurricanes Harvey and Irma struck, he realized his creations had a higher purpose.

Watching the news, he says, “I kept seeing people getting helped, but I didn’t see animals getting helped at all. I asked myself, how come the people are getting helped, but not the animals?” Then he heard a report of animals being rescued and transferred from Texas to the ASPCA in New York City. “I thought to myself, what if I use my passion for making bow ties to help the dogs and cats find their forever loving homes?”

Since then, Sir Darius estimates he’s made and donated nearly 400 bow ties to animals in need, with plans to donate another 300 this August alone. In addition to the ASPCA in New York City, he’s mailed them to shelters all across the U.S., from Virginia and Pennsylvania to Illinois and Michigan. He’s even sent bow ties to shelters in the United Kingdom. Sir Darius also posts photos of shelter pets wearing his bow ties to his Instagram page, advocating for their adoption to his more than 60,000 followers. 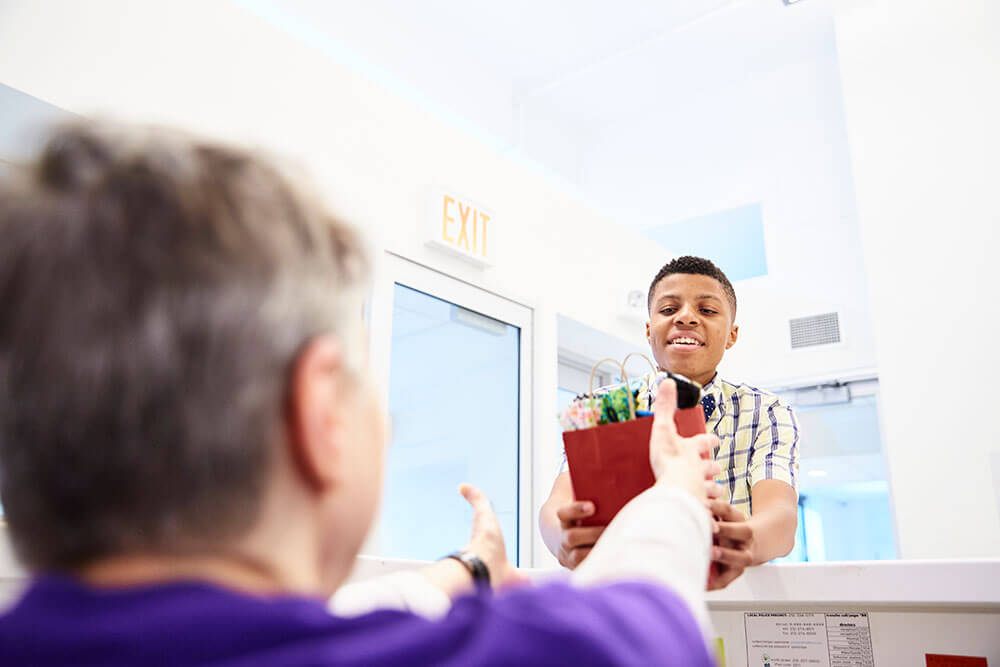 Shelter staffers tell Sir Darius that his bow ties bring lots of attention to their pets, resulting in better chances at adoption, he says. And the bow ties have gotten Sir Darius noticed, too. Earlier this month, he received the Diana Award, an honor presented by the British government to continue Princess Diana’s legacy. He describes it as “the highest accolade a young person can achieve for social action or humanitarian efforts.” But it’s just the latest in a long line of praise, which has also included a Prudential Spirit of Community Award and a presidential commendation from President Obama.

Sir Darius isn’t slowing down anytime soon. He’s planning his next venture, a “Paw-some Mission” to visit every state in America, donating bow ties at each stop. (He’d planned to launch that mission this year, but it had to be postponed due to the pandemic.) In the meantime, he’s continuing to make bow ties, as well as masks for essential workers. Recently, he helped pack and deliver pandemic supplies to youth at his local homeless shelter.  “We strive to help in the community in any way we can,” he says. 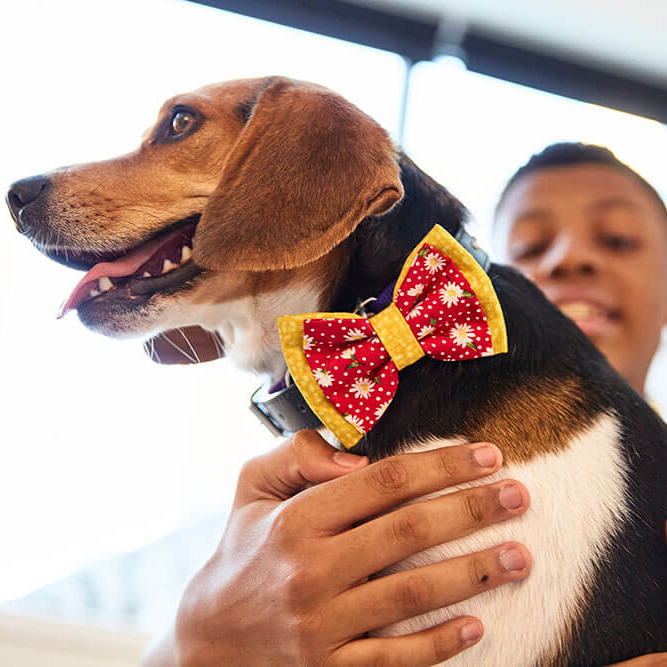 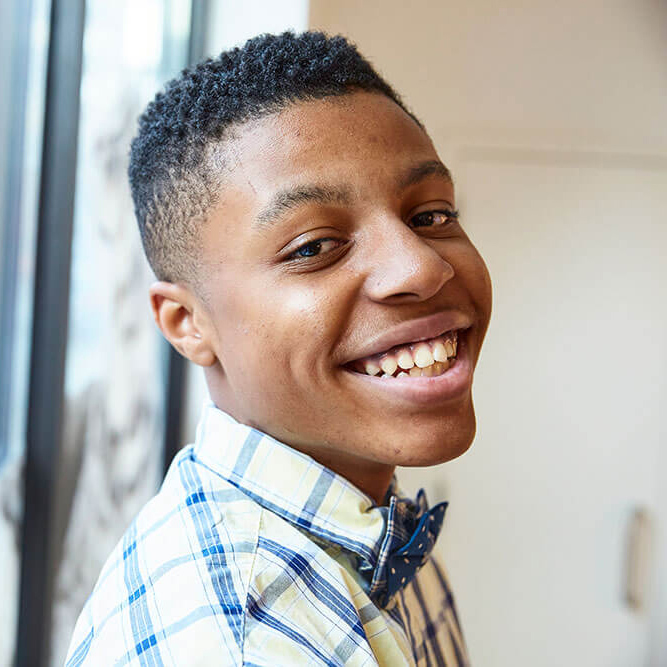 In the long term, Sir Darius has visions of expanding his wares into pet clothing like T-shirts, and even owning his own animal shelter and boarding facility one day.

Chewy is supporting Sir Darius Brown with a donation of supplies for shelter pets. Want to pitch in too? Visit his “PAW-some Mission” GoFundMe page to learn more about ways you can help.

Chewy’s Hero of the Month series shines a light on people and pets making a difference in their communities. Looking for more inspiring stories? Read about this ICU nurse who bonds with patients over a photo of her dog, the 11-year-old in Florida who’s raised thousands for shelter pets, or this Kansas City 6th grader who reads to homeless animals.