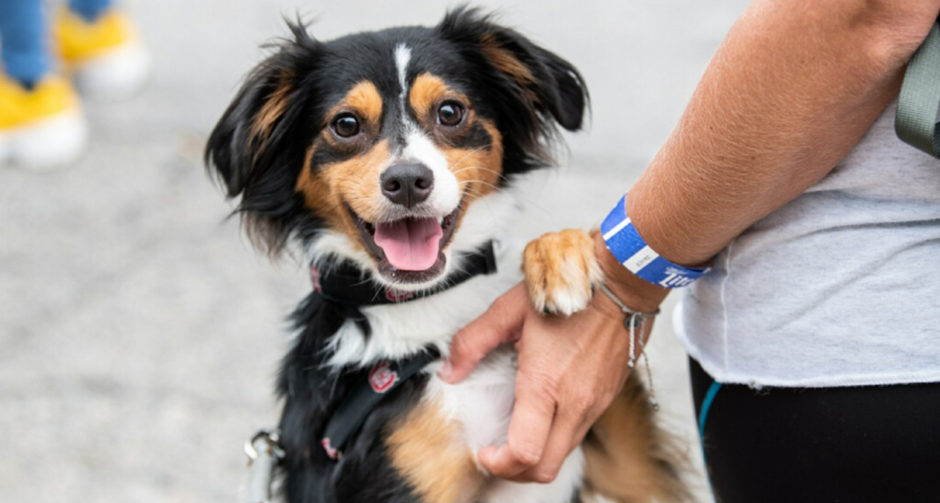 If you thought all of the Animal Planet's Puppy Bowl dogs retired their jersey after the final whistle, you’d be sorely mistaken. Puppy Bowl alum Ishmael is forever a football fan, according his mom.

“We go up to a local bar and watch the games on Saturdays and Sundays,” says pet parent Jen Smoake of Ishmael’s football fandom post-Puppy Bowl adoption. “I have tried this past season to teach him to shake the [Pittsburgh Steelers’] ‘Terrible Towel’ when there is a touchdown. However, our teams have not done well enough for much practice on that! Either way, we watch the games in shame or victory.”

For a dog who started off life homeless, Ishmael’s new life sounds like a touchdown to us.

Before His Puppy Bowl Kickoff

Smoake had been searching for a new best friend for about a year before her path finally crossed Ishmael’s.

“I would go to shelters from time to time and see who was available for adoption, but never felt the connection I was looking for,” Smoake says.

Then, during a trip to Virginia Beach to see friends, Smoake paid a visit to a local shelter where she met the then 2-month-old Chihuahua/Cocker Spaniel/Fox Terrier mix.

“When Ishmael and I first met I knew I had to be his mom,” remembers Smoake. “He was in a kennel with his mother and his two siblings. He was the only active and energetic one. It was like he was ready to take life by the horns and be everything he could. He was irresistible.” 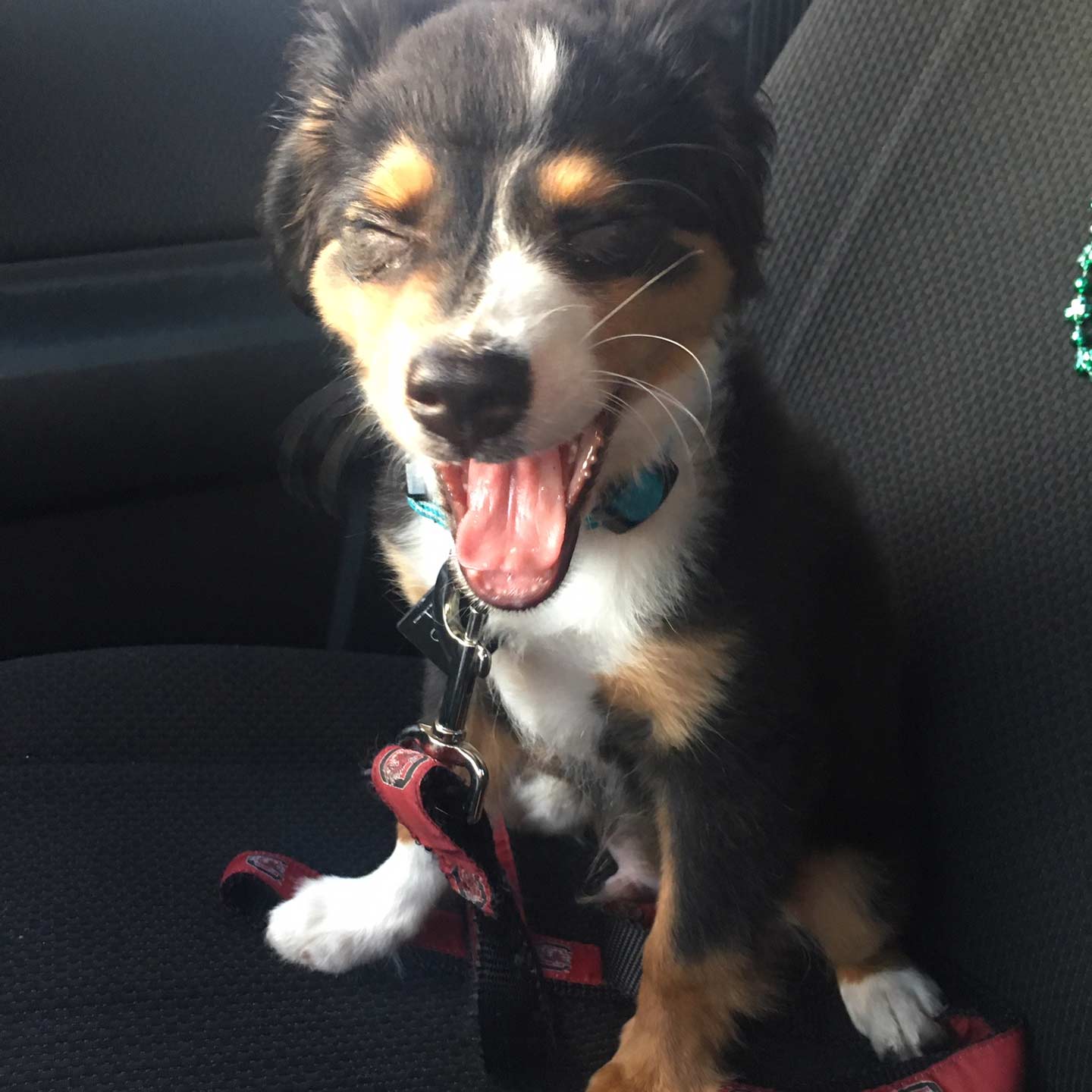 Despite his endearingly energetic personality, the puppy had a rough start to life.

“From my recollection, he was found with his mother and siblings on a trash heap—all left to be thrown away,” Smoake says. “There was something special about this little ball of fluff that took over my heart.”

But the apparent match-made-in-heaven hit a snag: An adoption application was already in process. Thankfully, though, fate was on Smoake’s side. A few days after meeting the little dog, she received a phone call saying that the first applicant didn’t work out. Smoake was next in line.

“There was no question,” Smoake says. “We belonged together.”

The petite pup headed home with both a new dog mom and name.

“I thought long and hard about what to name Ishmael, this sweet puppy boy who was willing to share his time with me,” Smoake says.

She kept going kept going back to a book she had read many times: “Ishmael” by Daniel Quinn.

“In this book, a great ape teaches a man about the world and how to make it a better place,” she explains.

“Ishmael was named aptly as you look in his eyes and he makes you want to be better,” she adds.

According to Smoake, her and Ishmael’s first few weeks together were a seamless transition.

Ishmael was even housetrained within a few days, Smoake remembers.

“I have never known a dog to adjust more quickly than Ishmael,” she says. “It was like I brought him to the home he always knew he had.”

But Ishmael’s adventures weren’t over quite yet: His debut at Animal Planet's Puppy Bowl XV was quickly approaching! The canine players chosen to appear in the annual Animal Planet Puppy Bowl are all shelter pups, and at the time of Ishmael’s adoption, he had already been submitted as a candidate for the show. As it turned out, Ishmael was drafted into the adorable lineup, and Smoake and her new pooch were headed to the Puppy Bowl field. 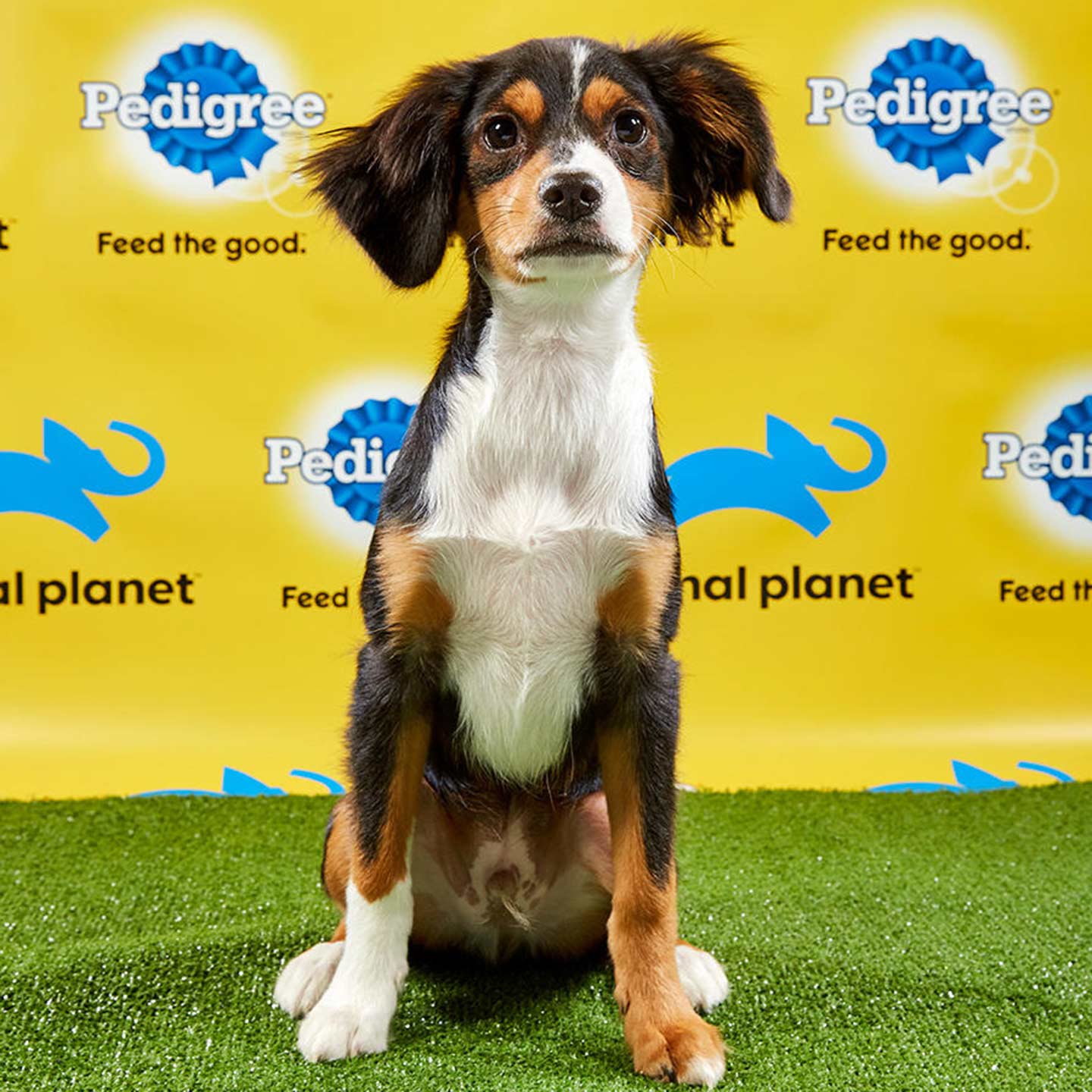 “I never really thought he would be picked,” Smoake says. “However, a month and a half later we were on our way to New York!”

The trip to New York, where Animal Planet’s Puppy Bowl is filmed, is actually one of Smoake’s favorite memories with Ishmael. “He is a wonderful road trip dog,” she says.

Ishmael ended up scoring a field goal in the second quarter of the 2019 Puppy Bowl, and then he was off to tackle the next chapter of his life with Smoake.

Now, over a year since his adoption, Ishmael and his dog mom are inseparable.

“Ishmael and I do almost everything together,” Smoake says of her and her pup’s adventures in their home of Columbia, South Carolina. “We walk downtown, go to the river and all the festivals in town. Most pups get tired, but if I’m on the move, so is he. We hang out a lot with the neighbors on the block and at the local restaurants.”

“We do our best to spread smiles and love in the community,” Smoake adds.

Besides meeting new friends and neighbors, one of Ishmael’s favorite things is still the puppy bed he received in the adoption starter kit Chewy gifted the Puppy Bowl players—despite having long outgrown it! 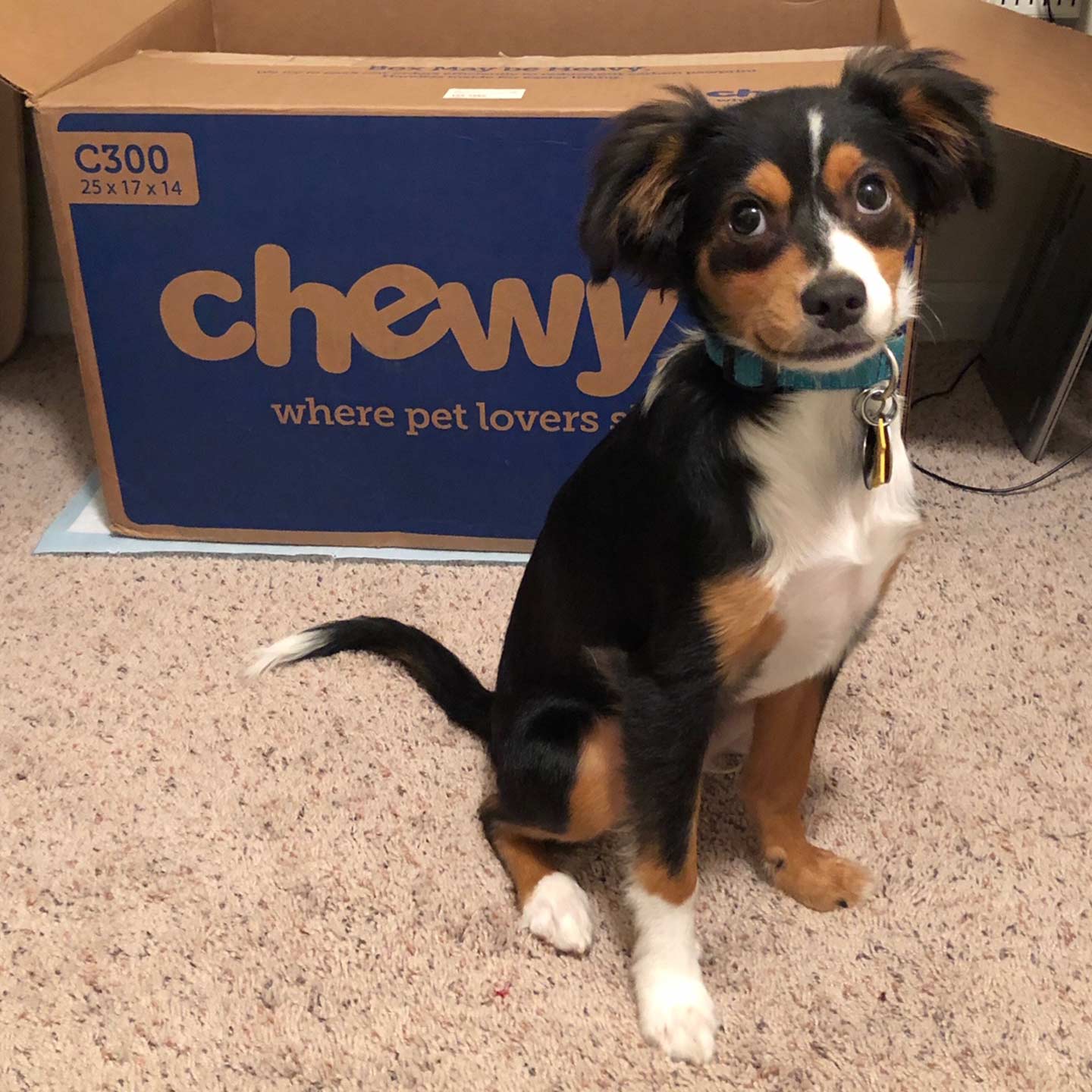 “He loves that bed and sleeps in it every day,” says Smoake.

The former Puppy Bowl player is the M.V.P. of pups, at least according to his mom.

“Ishmael has helped to complete me as person,” Smoake explains. “He has made me realize that a pup isn’t picked. The pup picks you when they know you need them.”

“He has given me a reason to try every day, to smile every day, and to love every day,” she continues. “He is a special soul that has allowed light to be shined on my life. I can’t imagine my world without him in it. I can only hope he feels the same.”