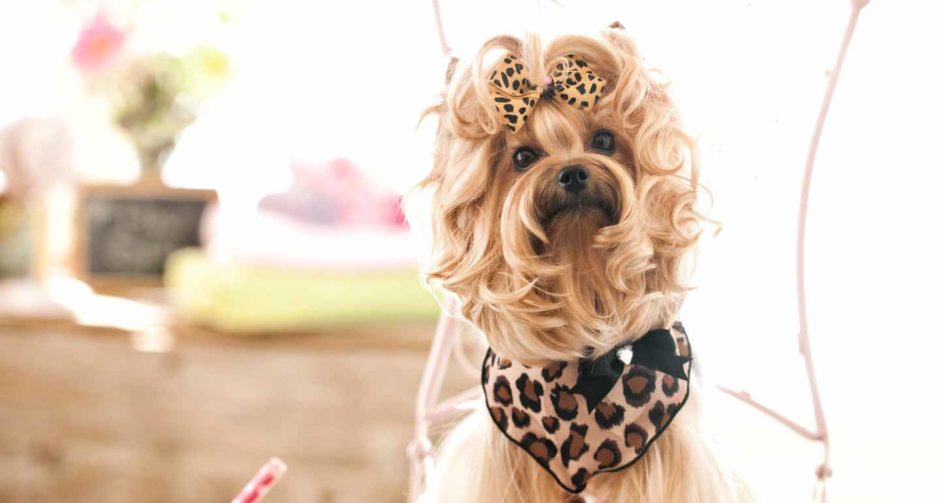 They’re fluffy, they’ve got personality and they rock the fashion dog runway. If you have a style-savvy dog at home, now is the time to introduce them to some adoring fans. Pets are taking to pet fashion runways across the country for charity, and raising some serious cash. Showcasing adoptable dogs in pet fashion has become a popular way to raise money for charitable causes, increase adoptions and spread awareness.

Approximately 6.5 million companion animals enter U.S. animal shelters nationwide each year, according to the ASPCA. Of those, about 3.3 million are dogs. According to the ASPCA, 3.2 million shelter animals are adopted each year. Unfortunately, despite those impressive numbers, 1.5 million shelter animals are euthanized annually. Featuring adoptable dogs in pet fashion shows is a great way to generate buzz for pet adoption events, raise funds for a non-profit organization, and increase pet adoption numbers.

The New York Pet Fashion Show is one of the most notable dog events of the season. Oehler Media Inc. is the show’s parent company, run by president and veteran publishing executive, Gregg Oehler. This pet adoption event features four amazing fashion dog runway shows, including International Carnivale and Hat Couture, Country Western Couture, Made in the USA, and Best in Show. The upcoming New York Pet Fashion Show is sponsored by TropiClean. The next event will take place February 6, 2020 at the historic Hotel Pennsylvania in New York City. This show benefits the Mayor’s Alliance for NYC’s Animals, which provides a higher quality of life and forever homes for companion animals.

The Fashion for Paws Runway Show is a nationally acclaimed luxury brand event that benefits the Humane Rescue Alliance. Fundraising ambassadors agree to raise a minimum of $3,000 in the 12 weeks leading up to the event. The top fundraiser receives the “Model Washingtonian of the Year” award. In the past 10 years, the event raised nearly $4 million for HRA.

Running a successful dog fashion show requires a great lineup of designers, attention to detail and the ability to manage multiple moving parts, according to Laurren Darr, Founder of the International Association of Pet Fashion Professionals. Darr also credits a few people for helping with past successes: “A wonderful panel of esteemed judges, a great announcer that keeps everything running on the stage, and an impeccable stylist that keeps things going on stage in a timely manner.”

Planning a dog fashion show requires everything that goes into a human fashion show, but also involves managing pets and their parents. “Prior to the show, you need to do things like pick a theme, solicit partners, organize designers, hold casting calls, find the venue and arrange logistics,” Darr says. “During the show, you have to make sure that the announcer has the proper information, the stylist backstage is prepared with accessories, and that the models are taken care of.”

Emily Abril and her pups, Sabastian and Luna, have participated in the Fashion for Paws dog fashion show and pet adoption event several times. Together they raised over $3,000 to participate in the event. This year, Abril and her pets designed and donated items from her upcoming clothing line. As a designer, Abril began planning outfits 2 months prior to the event. “I had to make sure each outfit had enough bling to shine when the light hit the clothing.” Her designs featured stretchy fabrics so the dogs could walk comfortably down the runway.

Fashion dog shows are growing in popularity, thanks to a growing pet population. “I think that pet fashion shows are becoming more popular, because there are now more pets in U.S. households than children,” says Darr. “Things that we have done for our children, like buying stylish clothing, we are now doing for our fur babies.” The growth of social media and influencers has also contributed to the rise in pet fashion shows, according to Darr. “As the popularity of social media has grown, the more we have become accustomed to seeing pets humanized with outfits and costumes.”

As many parents choose pets over having children, it has become more acceptable to treat pets as members of the family. “While dogs have always been family to me, dogs these days are more accepted as family,” says Abril. “I do my best to include my pups in my daily activities and in my travel plans. My dogs are like my children—well, they are.”

With millions of dollars raised for adoptable pets and charitable causes, expect to see more pups hit the runway in the years to come.

Michelle McKinley is dedicated to creating informative pieces that help pet parents train, care for and love their cuddly companions. She operates a digital ad agency providing content to enterprise and small businesses. As a writer for Chewy, Michelle delights in sharing tips and techniques that strengthen the relationship between owner and pet. She works with experienced veterinarians, knowledgeable pet behaviorists and pet brands to bring the best in pet to readers.