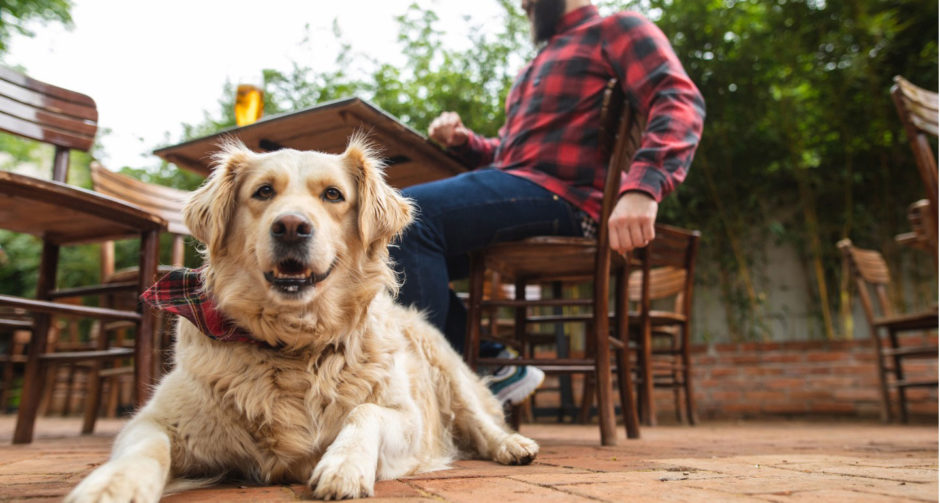 Craft breweries are more popular than ever and, fortunately, many of them welcome dogs. If you’ve been thinking of leashing up your furry friend and enjoying some fancy brews, these 10 spots are perfect for both of you:

Lonerider Brewing Company is known for its ales and commitment to dogs, who are allowed inside the brewery on most days.

“We do everything we can to make sure our guests at the brewery have a great time, and we find that people have more fun when they are with their four legged friends,” says Derek Tenbusch, marketing director for Lonerider.

Twice a year Lonerider hosts “Beers for Beagles,” an event in which the brewery makes a special beagle-inspired beer and give the proceeds of its sales to a local rescue group. Tenbusch suggests asking the bartenders for a dog treat when you visit—they’re made with grains left over from making the beer.

Todd Carey, the owner and operator of Uncle Bear’s Brewery, lost his Labrador-mix, Bear, more than 14 years ago, but the beloved dog’s legend lives on with at the brewery. Just about every aspect of Uncle Bear’s is focused on dogs.

“We are the dog-friendliest patio in the [area],” says Carey. “We welcome our furry friends with open arms. They are the true celebrities at Uncle Bear’s.”

The welcome party begins as soon as your four-legged friend arrives. Servers bring out water bowls and dogs eat free on Saturdays with purchase of human entrée. The walls of the brewery are decked out with photos of customers’ dogs, and some of the beers on tap are named after dogs, including Mandarin’s Best Friend Mandarin Wheat, Fence Jumper Golden Ale, and Head to Tale Amber Ale.

In early February during Arizona Beer Week, the brewery fundraises for the Arizona Humane Society.

Boulder is one of the country’s craft beer capitals, and Avery Brewing has been catering to craft beer drinkers and their dogs since 1993. Avery has 30 beers on tap, while cans of Ellie’s Brown Ale feature a photo of president and brewmaster Adam Avery’s chocolate Labrador Retriever, Elle. Dogs often make appearances on the brewery’s Instagram account and even have their own hashtag: #dogsofAvery.

“The patio at Avery Brewing Company is a great place to enjoy a sunny afternoon with your dog,” says Vanessa Cory, marketing communications manager for the brewery. “You can lounge with a pint of your favorite brew, nibble on appetizers or dive into a full BBQ meal, and let your dog get spoiled with love by Avery staff.”

Wisconsin Brewing Company, located about 20 minutes from Madison, is dedicated to both dogs and its home state. All of the beer’s ingredients come from local farms to make brews like its Chocolate Lab Porter. The brewery also produces natural dog treats made from spent grain from the Chocolate Lab Porter, the proceeds of which are donated to local dog parks. And many of the brewery’s employees love dogs. According to brewery’s website, vice president and brewmaster Kirby Nelson loves Dachshunds, director of operations Mike McGuire likes his setters, and president and CEO Carl Nolen is father to a loveable lab.

“Wisconsin Brewing Company is more than dog friendly, we’re dog loving. Four-legged friends are welcome anytime,” says Wayne Glowac, marketing consultant. “We have acres and acres for running around, including a scenic pond, which is perfect for a cool bath on a hot day.”

Yellow lab Ben serves as the inspiration for all the beer at Laughing Dog Brewery, located about an hour from the Canadian border. According to the brewery’s website, owners Fred and Michelle Colby look to their dog for approval on new beers (he gives an “OK” with one bark and a “no” with two barks). Dogs are welcome on the patio and in the taproom at Laughing Dog.

“There is nothing better than hanging out with your best friend having a nice craft brew,” says Fred Colby, who is also the executive brewer of Laughing Dog Brewing.

Brouwerij West, located about 40 minutes south of downtown Los Angeles, features 17,000-square feet of outdoor space for dogs to frolic. Best of all? Dogs are welcome indoors, too. The 28,000-square-foot brewery is housed inside a former World War II naval warehouse. In keeping with the pooch-friendly attitude, Brouwerji West offers a Dog Ate My Homework beer, a fresh, fruit-forward saison brewed with Washington state blackberry juice. Dogs and their owners can also enjoy bites from food trucks outside.

“The owners have dogs and kids, and wanted to make sure that the brewery had an overall family-friendly vibe, down to the four-legged ones,” says Brian Garrido, director of communications for the brewery.

BrewDogs was founded in Scotland by two guys and their dog, Bracken, back in 2007. Now, pet owners and their pups can enjoy BrewDogs beer stateside at its first United States location, which opened in February 2017. Dogs are allowed on the patio and are supplied with treats, water bowls and dog waste bags. BrewDog is so devoted to canines that it actually gives “paw-ternity” leave to its employees.

With a name like Creature Comforts, it makes sense that the Georgia brewery welcomes dogs with open arms.

“Here at Creature Comforts, we embrace and love all creatures, including man’s best friend,” says Katie Beauchamp, tasting room general manager. “It brings our tour patrons and staff so much happiness to meet new dogs and see our regulars throughout the week.”

Dogs can chill with their owners in a shaded outdoor lot or sit inside the brewpub’s industrial-looking tasting room, complete with a wood bar and garage-style windows, while their owners sip on the brewery’s noteworthy artisanal beers.

One of the largest craft breweries in the United States, Lagunitas also has a strong devotion to dogs, too. All of the company’s offices are dog friendly and all of the fermentation tanks at Lagunitas’ breweries are named after the employees’ pups who have passed on. Currently, however, only the Petaluma and Seattle tap rooms allow dogs on their covered patios.

“We have always included our furry friends in our work lives,” says Karen Hamilton, director of communications of Lagunitas Brewing Company. “We consider a ‘perfect’ experience one that includes, beer, food, dogs and music and that’s what we offer at our TapRooms.”