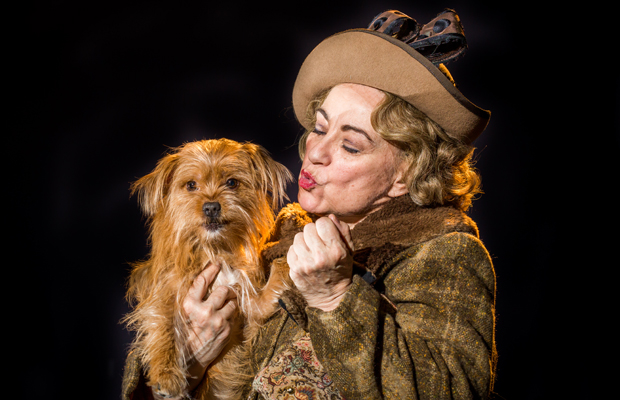 Watching Andy confidently bound across the stage of the Arden Theatre Company, you’d never know he was found as a stray dog on the streets of Northern Philadelphia.

Found too-thin and terrified of his surroundings, Andy was rescued by Peace, Love and Doggie Paws and found a forever home with Amy Murphy, the managing director of the Arden Theatre Company.

Andy’s path to stage stardom didn’t happen right away, however, as it was important for Murphy to make sure Andy experienced life as a regular part of a family.

“For the first few months I wanted him to be secure and comfortable and loved, so we treated him as a family member,” Murphy says. “In July of last year we did basic dog training and he immediately took to it.”

Andy took to training so well that when the theater needed a canine star in this year’s production of “Gypsy,” they knew just who to call. Andy is adding flair and personality to the role of Chowsie in the Philadelphia production.

“One of the keys to [training Andy], and most dogs, is eye contact,” Murphy says. “He is always looking in my eyes making sure he’s doing what he should be doing. The theater has become his second home.”

Beloved by the cast and crew alike, Andy’s come a long way from his humble beginnings.

“To see a dog go from terrified to secure and happy in what he does is really a remarkable journey,” Murphy says.

Theatergoers can see Andy in the Arden Theatre Company’s production of “Gypsy” through June 25th.