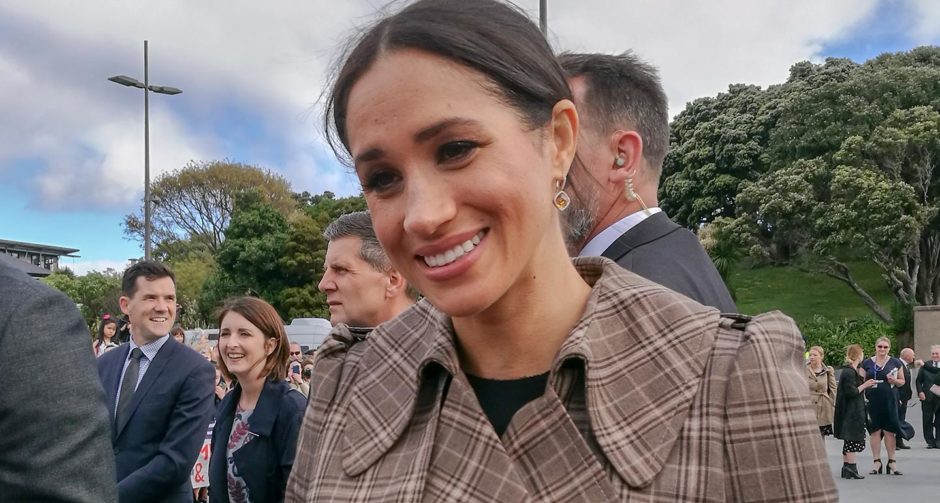 Actress, activist and now Duchess of Sussex Meghan Markle has won the heart of Prince Harry, but it's Meghan Markle's dogs who really have hers.

Markle, who married Prince Harry in May of 2018, has shared her love for her rescue dogs throughout the years, and continues to advocate for pet adoption with her new platform.

In a caption from a late 2016 post featuring her smiling Beagle and Labrador mix Markle wrote, "My loves."

Bogart, who was Markle’s first dog, came into her life thanks to none other than Ellen DeGeneres. In an interview with Best Health, Markle shared that while visiting a rescue shelter in Los Angeles, she spotted the pup at the same time that DeGeneres and her wife Portia de Rossi were there.

“Now, I don’t know her, but Ellen goes ‘Is that your dog?’ And I said, ‘No,’ and she’s like, ‘You have to take that dog.’ And I said, ‘Well, I’m deciding.’ And she’s like, ‘Rescue the dog!’” Markle recalled. After holding him, DeGeneres asked what she’d name him, to which she responded, “Bogart.”

As the comedian was getting ready to leave, she gave Markle one more tap on the glass of the room she was in and told her, “Take the dog!” and with that, she did.

DeGeneres also regaled the story to her viewers on her talk show, joking, “She does whatever I tell her to do, so Meghan, invite me to that wedding.” (Hey, can’t blame her for trying!)

That fateful meeting with DeGeneres and, of course, Bogart, was life-changing for Markle, who fell head over heels for her first dog. But once she realized that Bogart loved the company of other dogs, she wanted to get him a companion.

Markle told Best Health that she heard about a dog from Kentucky that was found in the woods and taken to a local shelter. When she met him, he wouldn’t respond to any name but “Little Guy” (which was on his paperwork), so it eventually became his name.

Guy became Bogart’s BFF after being rescued. “They are thick as thieves, those two,” Markle said.

Soon after getting engaged to Prince Harry, Markle had to come up with a plan for her big move to the U.K. While Guy was all set for his trip across the pond, Markle was concerned that Bogart wouldn't fare well with the extensive travel due to his senior age. Ultimately, she made the decision to re-home Bogart with close friends in Canada.

"I have two dogs that I’ve had for quite a long time, both my rescue pups. And one is now staying with very close friends and my other little guy is—yes he’s in the U.K., he’s been here for a while," Markle said during her first BBC interview alongside her now-husband.

Fortunately, upon her arrival in the U.K., Markle was welcomed into the royal family with open arms, or, err, paws. As it turns out, the Queen’s infamous Corgis were instant fans of Markle.

In the same BBC interview, Prince Harry shared that the Corgis immediately took to his wife.

“For the last 33 years, I’ve been barked at. This one walks in, and absolutely nothing!,” he said. “Just wagging tails.”

The Corgis even laid at Markle’s feet during teatime, which she said was “very sweet.”

Since tying the knot, the Duke and Duchess of Sussex have reportedly added a new family member to their pack—and we're not talking about their infant son, Archie! According to PEOPLE, the couple has recently gotten a Labrador, who is reportedly now living the fairytale life with his or hers royal pet parents.

Markle also continues to advocate for pet adoption in her public life, even promoting the animal welfare group Mayhew, a patronage of hers, by penning a thoughtful foreword in one of the charity's recent publications.

"As a proud rescue dog owner, I know from personal experience the joy that adopting an animal into your home can bring," Markle writes. "The role that we, as people, play in rehoming and rescuing these animals is vital, but the role of organizations such as Mayhew is unparalleled."

"The choice to adopt a pet is a big decision that comes with much responsibility but infinite return on the investment. It will undoubtedly change your life," Markle continues.

"As a Patron of Mayhew, I encourage you to get involved in whatever way you can—either through pet adoption, volunteering, donation or spreading the word. We are all interconnected and through these animals we find an even greater link to community and the part we can play."

Clearly, Markle is a duchess for the people—and the pets.