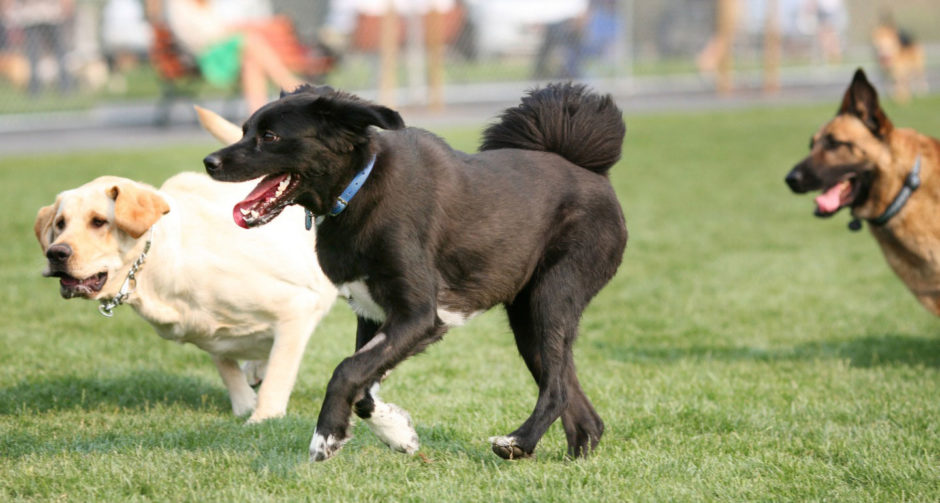 The KC Pet Project, a non-profit animal welfare organization, has had a lot of challenges in the five years since it took over operation of the Kansas City, Missouri municipal animal shelter. This spring, however, it had a lot to celebrate.

The organization was instrumental in the effort to push through a public vote that set aside budget to build a new animal shelter in the city as part of an $800 million infrastructure package. The successful campaign is the cherry on top of a grassroots journey that forged a notable public and private shelter collaboration. The joint initiative has increased the quality of care and the adoption rate at the shelter while greatly decreasing its euthanasia rate.

The Middle of Puppy Mill Country

For at least two decades, Missouri has been known as one of the leading states with puppy mill problems. The Humane Society of the United States has listed Missouri as the top-ranking state with problem breeders since it began its annual “Horrible Hundred” list five years ago. Due, in part, to the prevalence of these breeders, both private and municipal shelters in the region have long had trouble keeping up with the high number of surrendered animals.

Kansas City was no exception. The city shelter had a high kill rate and citizens, who were becoming more aware of the pet overpopulation problem in the Midwest and of animal welfare, began expecting more of their city facility. In the 2000s, the city recognized the benefits of partnering with an outside contractor to help increase the adoption rate. But ultimately, the first partnership failed to produce the big-impact results that the city and animal advocates were looking for.

“Things improved, but they weren’t great,” says Brent Toellner, president of KC Pet Project (KCPP), who founded the organization with his wife, Michelle Davis, and two others. At that time, the city shelter still only had an adoption rate of about 35 percent.

When the city and its first contractor parted ways, a bidding process opened up to determine who would take over the shelter’s operations. Toellner and Davis, both of whom had worked on coordinated legislative issues such as opposing breed specific legislation and advocating for trap, neuter, release programs for feral cats, talked it over and decided someone needed to take the reins.

“We really care about what happens to the animals and we didn’t think we could do worse than what had been done in the past,” Toellner says. “We hadn’t operated an animal shelter, but we knew we had some of the right connections to make it work.”

The city accepted the 55-page proposal from the newly formed KCPP and began operating with a $1.1 million budget from the city, as well as $45,000 in donations (including funds from Toellner and Davis). Since they took over, KCPP has gained a reputation in the community and within animal welfare circles for its commitment to ensuring the former municipal shelter is no kill, which means that all adoptable and healthy animals are not euthanized.

Now, KCPP has 80 paid staff members, 1,500 registered volunteers (not all active, but many of them scramble when called upon to help) and they’ve expanded the budget to $3.4 million per year, $2.2 million of which is raised through private and corporate contributions and grants.

Most importantly, the shelter has doubled its adoption rate from 2012 to 2016, with another 25 percent of animals brought to the shelter in 2016 either returned to their owners or transferred to other rescue groups.

Toellner attributes the organization’s success to targeted marketing efforts, the dedicated staff and volunteers, and great cooperation and support from the city. Mostly, he says, they couldn’t have done it without the overwhelming support of the community who volunteer and adopt from the shelter.

“This partnership is one of the best the city has,” says Chris Hernandez, communications director for the city of Kansas City. Hernandez adds that the partnership has been so successful that the city has doubled its investment in the care of the animals.

The ASPCA, which has limited knowledge of the inner workings of the KCPP says that, generally, public-private partnership like this help improve the quality of lives for animals.

“Working together makes it easier to develop programs and services across a community that complement, rather than compete, with each other,” says Jodi Lytle Buckman, vice president of community outreach for the ASPCA. “This also helps community partners develop mutually supportive messaging, which can be a powerful marketing and engagement tool with the public that results in increased adoptions and critical shelter support.”

The original municipal shelter, a 14,000 square-foot facility built in 1972, was originally constructed to house equipment while crews worked on nearby Arrowhead Stadium, the building used by Kansas City’s NFL team. KCCP knew the outdated facility was woefully inadequate, so city leaders, staff and volunteers all pitched in on the campaign to bring awareness and get out the vote, called “Raise the Woof.”

“We only had about two months when we learned it would be on the ballot,” says Tori Fugate, director of marketing and development for KCPP. “We had to act fast.”

Fortunately, the KCPP had the city—and some of it’s most notable residents—backing its efforts. Danny Duffy, the ace pitcher for the 2015 World Champion Kansas City Royals baseball team, was one of the initiative’s main proponents, and players from the city’s professional soccer team leant their faces and names to the legislation. The NFL team’s mascot, K.C. Wolf, came to rallies in support of the project.

“I think we were the most vocal of all of the campaigns,” says Fugate. “We had a great grassroots effort, there were a lot of people on our side.” The measure needed 57 percent of the vote to pass and earned 68 percent.

The new facility will greatly help improve services, as well as provide a safer and more modern facility to house pets. Of the $24 million budgeted for the new facility, KCPP will need to raise $10 million. The city will still own the facility, but KCPP will be given a long-term contract to continue to operate the shelter. Toellner says he expects the new shelter to open in the fall of 2018.

Kerri Fivecoat-Campbell is a freelance journalist and author who lives in a tiny house with her 5 dogs and husband.