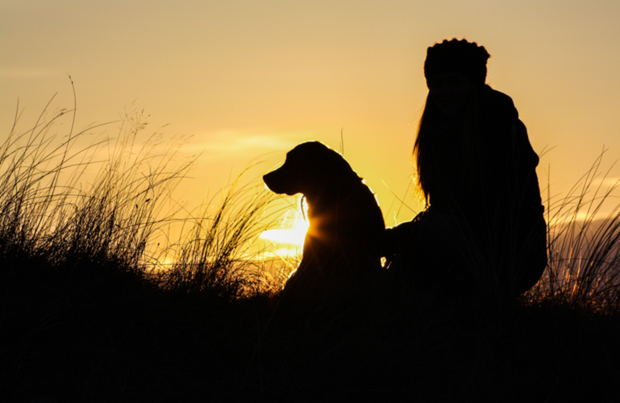 Alison Risso’s 7-year-old nephew had to console her during the movie “Air Bud,” the humorous 1997 film about a Golden Retriever that can play basketball. The Washington, D.C.-based Director of Marketing and Communications started to cry during one particularly sad scene in the comedy. She bawled during “My Dog Skip” and “The Rugrats Movie” and refused to see “Marley & Me.” “Whenever there is a threat to a dog, it’s like a button. I just lose it,” she says.

Chelsea Hunt-Rivera, a Los Angeles-based animal advocate, knows what Risso means. Hunt-Rivera, the founder of the pet wellness site SimpleWag.com couldn’t enjoy the 2014 Keanu Reeves revenge film, “John Wick.” Early within the story, his dog is killed. She says, “Throughout the movie, I’d just burst into tears because I couldn’t stop thinking about the dog.”

As animal lovers, many of us don’t want to see dogs harmed on- or off-screen, but we don’t seem to feel the same way about humans perishing in the cinema. Risso agrees. “On ‘Game of Thrones,’ people can get their heads lopped off and I don’t care, but when the direwolves (mythical dogs) die, that’s what sets me off.”

Psychologists acknowledge that this is a common phenomenon. In fact, a 2013 Northeastern University study tracked people’s reactions to a made-up news story. The researchers created four different articles about beatings that happened to either a dog, a puppy, a child, or an adult. People had the strongest reaction when reading about the beating of a child, but closely behind it were their feelings for the puppy and full-grown dog. The adult human received the least amount of sympathy.

“Dogs specifically have some of the best traits in the animal world that make them lovable to humans—they’re loyal, innocent, and don’t do many bad things other than go to the bathroom on the carpet or occasionally chew a shoe,” says Dave Popple, PhD and founder of PsyNet Group, which applies psychology to businesses. He says that out of all animals, dogs, dolphins and cats tend to get the most devotion from society as opposed to mammals like cows who don’t engage with people in the same ways.

In fact, our connection with man’s best friend is often immediate. Think about a main character in a movie you love. If something horrible happened to him, you’d be devastated. When a dog appears onscreen, that connection that it took you the first 45 minutes of the movie to make with the protagonist happens immediately.

Humans have to individually earn our trust, but pets get our compassion when we first encounter them. “We have an instant connection,” says Jennifer Blough, founder of Deepwater Counseling and author of “To Save a Starfish: A Compassionate Fatigue Workbook for the Animal Welfare Warrior.” “We know a dog is pure and innocent. Humans are programmed to be caregivers and animals are helpless and rely on us so we don’t want to see them suffer.”

Humans have to individually earn our trust, but pets get our compassion when we first encounter them.

Despite dogs being a different species than us, we still look at them as having the same feelings and thought patterns that we do. “We only have a limited number of ways to relate to the world, so we automatically see through the lens of humans, which is known as anthropomorphism,” explains Popple. Seeing them that way can make witnessing their demise even more painful.

As a culture, we also often don’t blame dogs for bad behavior. We assume they don’t know better and expect humans to train them. “Even when people are mean or abuse them, dogs will still go back to the person thinking they did something wrong. When an adult in a film dies, I justify it and think, ‘you’re no angel,’” says Hunt-Rivera.

A cinematic dog death can also be difficult to see because it can bring back memories of a beloved pet we lost long ago. Blough explains, “Pet loss is a type of disenfranchised grief that society doesn’t readily accept. As children, we don’t always get to fully grieve our pets, so seeing this on screen can remind us of it.”

Viewing an animal pass away in a film can be so unpleasant that some people seek out that information beforehand and will refuse to see the tearjerker. The website doesthedogdie.com (recently relaunched as movieswhere.com) was created for this purpose and gets an average of 3,000 views per day.

John Whipple, the website’s developer, started it eight years ago at his sister’s urging. “She’s an animal lover and couldn’t stand to see a dog in harm’s way,” he explains. At first, Whipple and his sister added in the movies themselves. Now anyone can log on and let others know if it’s safe for them to watch. “People have told us they won’t go to a movie if it’s not on here because they’re afraid of what they might see,” says Whipple.

For those that brave the theater despite the depressing scenes, Popple has some advice: “Cry it out. It’s rare for someone to cry for more than 10 to 15 minutes at a time. When you feel the pain the film stirs within you and get through it, you learn to understand that you can survive it. That experience can help you to manage many other areas of your life.” Which leads us to another reason canine death can hurt so much—because their presence enriches our own lives in ways we don’t even realize.

Jessica Wozinsky is a writer and editor based near Atlanta, Georgia.