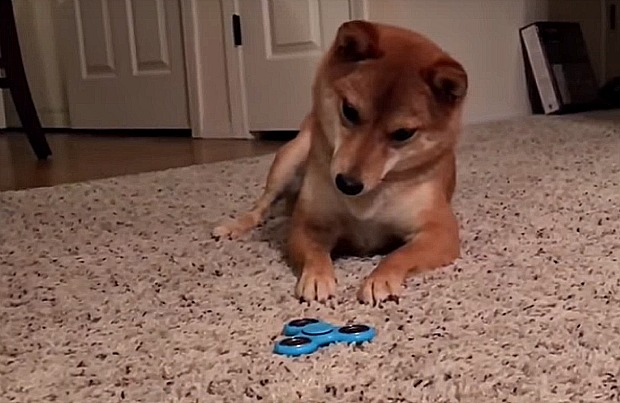 Love it or hate it, the biggest craze of 2017 so far is the Fidget Spinner—you know, that toy you rotate between your fingers to relieve stress (unless, of course, you’re a teacher and your students won’t stop spinning them).

One Shiba Inu named Banana is, most decidedly, in the “Hate it” camp.

In a hilarious clip shared on Banana’s YouTube page, the pup’s owner plays with the popular toy and Banana isn’t shy to share her feelings about it. In the two-and-a-half-minute long video, she nips, growls and barks at the device.

After going through a range of emotions, from frustration to confusion, Banana ultimately decides the toy is not for her.

Of course, not all dogs are against the Fidget Spinner. Take, for instance, a canine named Jet who caught the internet’s attention when he balanced the toy on his nose.

No matter what pups think of it, we have a feeling nothing will replace a good old frisbee or tennis ball.