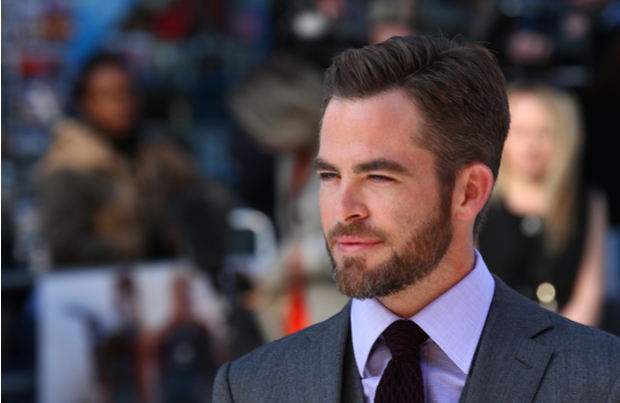 It’s hard not to get lost in the gaze of those puppy dog eyes, to fall in love with their loyalty and get swept up in their playful behavior. And, hey, a dog’s human owner can be pretty cute, too.

Such is the case of these ten bona fide Hollywood stars who are infinitely more handsome thanks to the fact that they take good care of their four-legged best friends.

These celebs have used their status for good, taking in shelter dogs and giving them the life they deserve: one filled with love. How can you not have a crush on these guys?

The “Mad Men” actor, who rescued his dog Cora nearly 14 years ago, had initially planned to foster her, but instantly fell in love and adopted her instead. They’ve been inseparable ever since, and Hamm’s said that being Cora’s dog dad “has changed my life in such a positive way.” In fact, Cora means so much to the actor, he thanked her during his 2015 Emmy speech.

Bloom is not only the pet parent to a mighty cute puppy named, aptly Mighty, and a senior doggo named Sidi, but he also looks after dogs from around the globe. The canine caretaker made headlines when he helped an injured street dog get veterinary help while he was filming a movie in China.

This soulful crooner is known for making hearts melt with his music, but his love for animals makes for some serious swooning, too. The musician and his wife Chrissy Teigen have adopted three dogs, including two French Bulldogs (Penny and Pippa) and an English Bulldog (Puddy). And they don’t call him Legend for nothing: the Grammy-winner even serenaded Puddy and Pippa for their puptials in the name of charity. And love, natch.

The “Deadpool” actor rescued Baxter from a Houston animal shelter in 2009 and then adopted Billie with wife Blake Lively in 2016. Like any proud parent, Reynolds shared his joy when Billie completed obedience training and was declared a “leash-free, stress-free, fur covered badass.”

Chris Evans loves his dog Dodger. Like, counts-down-the-days-on-Twitter when-he’s-away-on-movie-sets loves Dodger. The “Captain America” star adopted his furry BFF from a kennel and he’s been nothing short of smitten with him ever since.

The heartthrob is always chatting about Dodger in interviews and posting pics and videos of him on social media, and honestly, it’s more than our hearts can handle.

What is it about hot actors named Chris? Not only are they everywhere these days, but they are also adopting rescues. Sigh. Case in point: “Wonder Woman” actor Chris Pine adopted a Pit Bull mix puppy from the North Central Shelter in Los Angeles, showing that the breed not only deserves love, they can also have some seriously hot pet parents.

Channing Tatum and his wife Jenna Dewan Tatum have a full house and plenty of love to give. Not only are they the parents to a daughter named Everly, they also take care of two dogs named Meeka and Lulu (who does the “Dirty Dancing” finale lift with him), as well as a rescue horse named Smoke. The “Magic Mike” actor also encourages his fans to adopt pets instead of shop, which cements his place as a hottie in our book.

There’s never enough Hemsworths in our opinion, especially when they look the way they look and they adopt rescue dogs. The “Hunger Games” Hemsworth and his fiancé Miley Cyrus took in a pup named Dora from Wylder’s Holistic Pet Center in California and have been gushing about their girl on both of their respective Instagram pages ever since. In addition to dear Dora, the couple are pet parents to a plethora of animals.

Everyone on this list adores animals, but if anyone can give them a run for their money, it’s Ian Somerhalder. “The Vampire Diaries” star and his wife Nikki Reed own nine pets, and they are outspoken advocates for animal rights. Somerhalder, who was a speaker at 2017’s CatCon, has his very own foundation which is dedicated to saving animals all over the world.

Aly Semigran is a staff writer for PawCulture, lifestyle writer for the world, and roommate of Ruby, the cutest dog in the world.