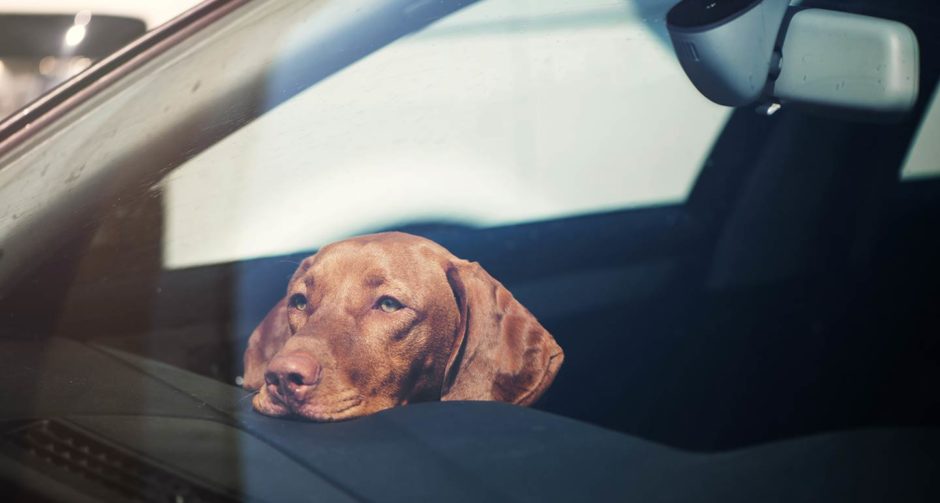 When it comes to problems of canine manners, we usually place the blame on the dog end of the leash. Too much barking? It’s the dog’s fault. Potty issues? Naughty Fido. However, humans are just as much to blame for quite a few breaches of etiquette that range from mildly annoying to downright dangerous. The following are five of the most common lapses in canine owner courtesy:

Dogs who are left alone in yards with wireless containment systems (invisible fences) often terrorize anyone that passes by. These dogs barrel right up to the edges of their property lines without slowing down, barking a warning to anyone and everyone. The passersby have to worry whether the dog is going to break through and attack them or screech to a halt mere feet away.

Allowing your dog free reign in the yard to harass anyone who walks by is not only unnerving to your neighbors, it’s also dangerous. Wireless containment systems aren’t failsafe and determined dogs can break through if they see the right sort of inducement, like a small dog who resembles a prey animal. Even the dogs who obey the fence line are a hazard, because their over-the-top barking can encourage aggressive reactions from a dog on the other side of the fence. It also teaches the contained dog that vocalization is an acceptable coping strategy, which could lead to nonstop barking, another etiquette breach in and of itself.

2. Being Off-Leash in a Leash Zone

Leash laws can be a bummer. That said, they’re leash laws, not leash suggestions, so if your community requires that your dog is walked on a leash in public, listen! Some people seem to want to show off how well trained their dog is without considering how dangerous free-range walking can be. Even the best trained dog can get startled by a loud noise and take off running, or see a squirrel and decide to chase.

The problem is compounded when the unleashed dog nominates himself the mayor of their town and runs up to greet other passing dogs. This is a major no-no. While your friendly, perfectly-trained ambassador dog might be wonderful with every dog he meets, the dog on the receiving end might not be. There are so many dogs who need space, whether because of fearfulness, illness, old age or leash aggression issues, that a movement has sprung up to raise awareness about it. Allowing your dog to greet another dog without proper clearance from the other owner is bad manners and potentially dangerous, so grab that leash on your way out the door.

3. Not Picking Up Waste

It happens to the best of us; your dog catches you off guard and squats, and you don’t have a bag on you. You’re forced to scoop up whatever you can grab with a tiny used tissue or twig chopsticks. The occasional mistake is forgivable, but doing it all the time—or worse, intentionally—is another story.  If you take your dog for a walk every day, you clearly know that he’s going to eliminate at some point. Why wouldn’t you bring dog poop bags with you?

Leaving your dog’s waste behind is not only incredibly rude and disgusting, it’s also a public health risk. The Environmental Protection Agency classifies dog waste in the same class as chemical and oil spills, and it’s listed as a major source of water pollution because water treatment sites are unable to filter it. Dog waste is not “natural” and it can’t be used as fertilizer. There are enough poo pick-up and containment systems, from long-arm scoopers to lavender scented bags, that even the most poo-phobic dog owners should be able to scoop without disgust. There is no excuse – clean up your dog’s waste!

4. Leaving Your Dog in the Car

You love your dog and want to take them everywhere. It’s sweet that you’re so attached, but leaving your dog locked in your car while you run errands can be dangerous. Even the most temperate weather can be hazardous for a dog left in the car; on a comfortable 70 degree day the inside of your car can top 110 degrees in just 30 minutes. And don’t think that cracking your window helps, because according to the Humane Society, it does little to change the inside temperature.

Being left in the car can be traumatic for your dog, particularly if you’re parked in a busy area. Some dogs start to feel territorial of their space and bark at anyone who gets too close to the car. Forcing your dog to “guard” the vehicle while you’re away places unneeded stress on them. Additionally, if a concerned dog-lover sees your pup inside the car, they may report you and/or try to get the dog out on their own. Make life easier for both you and your dog by leaving them home where they can rest comfortably and peacefully.

This infraction is a deal-breaker. If you lie about your dog having official service dog credentials in order to get special treatment, you’ve committed an inexcusable breach. It’s not only downright rude, it’s unethical and in some cases, against the law.

Service animals are trained to perform tasks that people with disabilities cannot perform themselves, which includes guiding, assisting with mobility and balance, reacting to sounds, seizure alerts and retrieving objects. They are essentially an extension of their handler, as necessary as a limb. According to the Americans with Disabilities Act (ADA), “Service animals are working animals, not pets. The work or task a dog has been trained to provide must be directly related to the person’s disability. Dogs whose sole function is to provide comfort or emotional support do not qualify as service animals under the ADA.”

Real service dogs are trained to fit seamlessly and unobtrusively into our world – the average dog is not. Regular companion dogs can get tempted by novel scents, react fearfully or aggressively to other animals and people, eliminate inappropriately, and can get bored and unruly if they’re forced to stay in one spot for too long. Businesses that have negative experiences with poorly mannered fake service dogs, from airlines to restaurants, might think twice about letting legitimate service dogs enter. The problems caused by fake service dogs make life more even more difficult for the disabled people who rely on their specially trained dogs every day.

If that doesn’t deter you, perhaps the fact that faking service dog credentials is a federal crime will. Simply put: never try to pass off your pet dog as a service dog.

By: Victoria Schade
Victoria Schade is a dog trainer, author & speaker who has contributed to The Washington Post, Martha Stewart, and other publications.