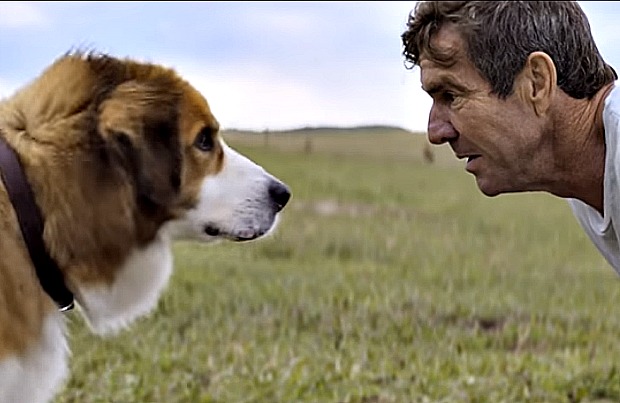 EDITOR’S NOTE: This article was published before the release of the disturbing allegations of animal abuse on the set of “A Dog’s Purpose.” PawCulture in no way condones this treatment of animals.

The highly anticipated adaptation of the beloved novel A Dog’s Purpose is headed to the big screen—and as any fan of the book can tell you, you’d better bring tissues. Lots of ’em. Heck, if you’ve watched the trailer, you’ve probably already gotten a little verklempt.

Let’s face it, for any filmgoer that’s also an animal lover, there’s a pretty good chance you’re going to cry if there’s a dog in a movie. Whether it’s happy tears or the dreaded, full-on ugly sob, when there’s a pup on screen, it’s going to be an emotional experience.

PawCulture looks back at ten of the biggest tearjerkers in canine cinema.

The gold standard of sad dog movies, this 1957 classic has been traumatizing canine lovers for decades. Yes, we know Travis had to do the right thing and put down his beloved Old Yeller and that it’s a harsh fact of life that these things happen, but it doesn’t make it any easier to watch.

Following the tried and true Old Yeller method of Young Precocious Boy + His Adoring Pup = Inevitable Sob Fest As the Dog Gets Older, My Dog Skip hits anyone who grew up with their dog as their best friend right in the gut.

This one is pretty much a wall-to-wall tearjerker, as we follow a family and their rambunctious, but big-hearted pet over the years and discover how he enriched their lives. From meeting the adorable Marley as a puppy to the dog comforting his distraught mama (played by Jennifer Aniston) after she has a miscarriage to…. well, you know how the movie ends.

The Fox and the Hound

Ah, yes, leave it to Disney to make children and adults alike weep uncontrollably. Sure, Tod and Copper’s bittersweet farewell isn’t as traumatic as say, Bambi’s mom, but it’ll still turn anyone with a beating heart into a total puddle.

Considering this movie was already hard enough to watch to begin with (it follows the amazing true story of an Antarctica guide and his quest to save his sled dogs), it’s even more heart-wrenching to watch considering it stars the late Paul Walker, an avid animal activist.

Girl and dog get stranded in Oregon. Girl gets arrested trying to steal food for dog. Dog winds up in pound and eventually a new home. Girl sees dog happy in new home. Girl leaves dog behind. Audience cries forever.

Where the Red Fern Grows

As far as sad dog movies go, this one might be the toughest to watch. Not only do we have to see a young boy work himself ragged to earn his two beloved dogs in this classic film, but eventually both the coonhounds die within weeks of each other: one due to a hunting accident, and the other a broken heart. Woof doesn’t even cover it.

Like Marley & Me, Turner & Hoochexplores how, even though our dogs can drive us crazy, in the end we always love them and they make us better people. Plus, when Tom Hanks cries, we all cry.

This one really ups the ante, as there are not one, but two dogs to cry over. And a cat. When this trio of family pets mistakenly thinks they are abandoned, they cross treacherous terrains to get back to their worried owners. The happy tears when they are eventually reunited flow like the rivers they crossed.

Is there anything more heartbreaking than a devoted dog waiting out in the cold for their deceased owner to return? No? How about a movie where that very thing happens? Still no? Okay, how about it being based on a true story? Yep. It’s that sad.