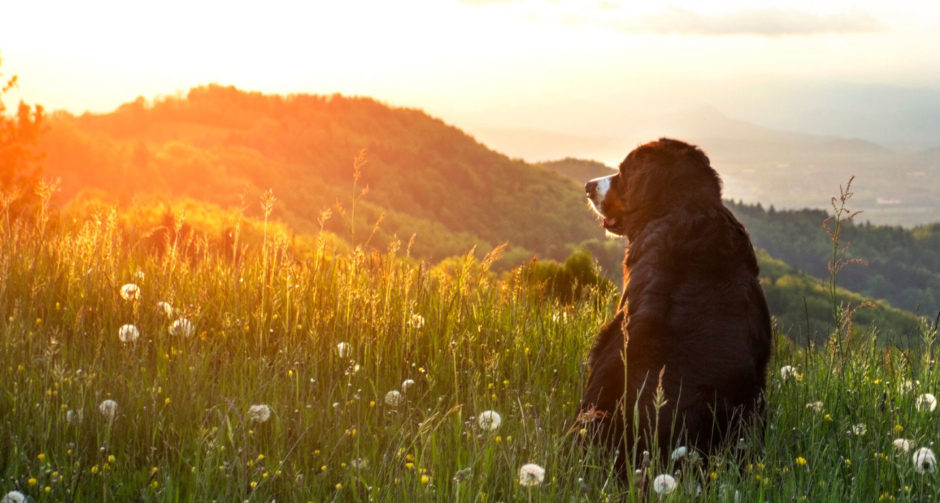 It’s easily the least fun part of being a pet parent – the final goodbye. While nothing can replace a beloved pet, and the loss of one never gets easier, trying these nine things may make your pain a little more manageable:

Remember Your Pet on Social Media

Tapping into your online network following your pet’s passing may actually give you some much-needed support.

“A lot of people will write almost an obituary type of post on Facebook. It may not be a full obituary, but it’ll be an announcement that the pet has died with collages and pictures,” says Dr. Brian Collins, a veterinarian and lecturer at Cornell University’s College of Veterinary Medicine and advisor for the school’s pet loss support hotline. “I think it’s easier for people to do that instead of calling people to tell them about the loss. And while you’re not likely to get 100 sympathy cards in the mail, you’re likely to get 100 comments on Facebook.”

If you’re really struggling, talking to other pet parents in the same situation may be the answer. On the Association for Pet Loss and Bereavement website, you’ll find a list of pet support groups around the country. If there aren’t any support groups near you, try calling a pet-loss helpline to talk through your emotions and discover coping mechanisms. Cornell’s hotline is staffed with veterinary students but overseen by veterinarians, such as Collins.

This has become a popular trend of pet remembrance, according to Dr. Dani McVety, CEO and co-founder of Lap of Love Veterinary Hospice, a veterinary hospice and in-home euthanasia service that serves 22 states across the country. “You might put dog collars, leashes, or a food bowl on it,” McVety says.

Collins has seen this, too, and adds that you might put a favorite toy or pictures on a memorial table. In other words, you could make something of a shrine for your pet. “It could make you sad to look at, but it may be comforting, too,” Collins says.

Create a Stuffed Animal of Your Pet

If you miss snuggling with your pet at night or simply want a physical remembrance of your four-legged friend, there are companies that create stuffed animals to resemble people’s pets. Just be forewarned that these stuffed animals aren’t cheap; because of the creatively and customization that goes into these lifelike renditions, these stuffed animals will generally cost anywhere from $100 to $300.

McVety says that she has seen gratitude lists help a lot of people.

“You’ve probably heard of people making bucket lists for their pets, where they do special activities before a pet dies. That’s happened quite a bit,” McVety says. “Instead, you could write up a gratitude list. You make a list of the things you did together with your pet. It can help you realize just how much you did with your pet and allows you to focus on everything you did do together instead of thinking about the things you didn’t do.”

Movies won’t fix a broken heart, but they are a way to escape for a few hours and get lost in a compelling story. Don’t be too proud to wallow. Grab the popcorn, put on your sweatpants, and curl up with a blanket on the couch for a pet movie marathon. Some positive and downright silly pet movies include “Best in Show,” “The Secret Life of Pets,” “Homeward Bound: The Incredible Journey” and “The Cat From Outer Space.”

Plant a Tree or Buy Jewelry in Your Pet’s Honor

Collins says that many pet parents feel better after planting a garden and then spreading their pet’s ashes on it. Other pet owners prefer burying a pet in their yard and planting a tree next to the burial spot. You can even order a biodegradable pet urn, like the Paw Pods Biodegradable Medium Pod Casket, that will grow into the tree of your choice, ensuring your pet’s life will live on in a beautiful and natural way.

If you’re not ready to let your pet go entirely, you can also purchase memorial jewelry that holds a pet’s ashes near your heart.

It is allowed, says Collins, who has given himself a few days to mope around the house and be okay with it following a pet’s passing. Obviously, if you feel like you’re in a dark place, you should contact a support group or reach out to a therapist. But there’s nothing wrong with allowing yourself to feel crummy after the death of a precious pet. You’re only human, after all.