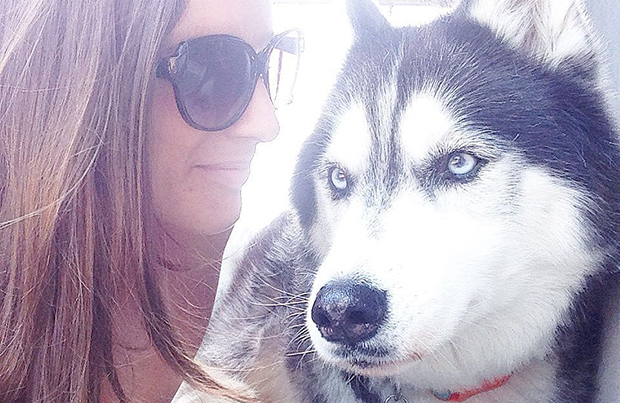 Living with an aging pet can be difficult and emotionally draining. The last few months with my senior pup, KJ, were rough, and it was easy to get caught in an emotional rut. It is difficult to watch your pet decline, and the weight of end of life care decisions is heavy.

I learned a lot from KJ over the years, but I especially learned some important life lessons in her senior years:

It’s Never Too Late to Try Something New

KJ taught me that it is never too late to try new things. Growing up, KJ never took an interest in dog toys. One winter, when KJ was 12 years old, she started bouncing after another dog’s ball at the dog park. Because she’d never really played fetch, she looked like an uncoordinated puppy trying to paw at the ball. KJ had so much fun running around and playing with the ball that day, and she did not care at all that she wasn’t very good at fetching. It became a new hobby that KJ loved; she didn’t do it often, but on occasion, she liked to play a silly game of fetch.

KJ’s foray into fetch inspired me to try new hobbies and to not be concerned if I am awful when I first try something new. In the last couple of years, I have tried slacklining and rock climbing. Despite not being very great at either activity, I have so much fun, and it’s become a great way to be active with friends.

Be a Friend to Everyone

In her senior years, KJ demonstrated an amazing ability to make friends with people and animals from all different backgrounds and walks of life. KJ served as a foster sibling to about 30 dogs over the last several years of her life. She took in each animal as if they were already family, and willingly shared her home, food, bed and toys.

KJ was an example of a confident, secure, and loved dog to the broken foster dogs that we took into our home, and I believe that she played a major role in rehabilitating all of them.

Help People Who Need It

As she aged, KJ took greater interest in children and people with disabilities. She approached children to give them kisses (which, by the way, were hard to come by from KJ), and she was incredibly gentle and patient with each child that she met. KJ also sought out those in wheelchairs or that were otherwise disabled. She allowed them to pet her and would sit gently by their side. We live near a retirement home, and if any of the residents ever stopped by the dog park, she was the first dog to hang out with them.

The grace and compassion that KJ showed to those in need, both human and dog alike, is a legacy that I hope to continue now that she is gone. Because of her, I plan to walk by the retirement home, talk to the residents and hear their stories, be patient and loving with every child that I meet, and continue to open my home to broken animals.

Learn When to Pick Your Battles

Perhaps some of the most valuable things that I learned from KJ were the importance of setting boundaries and knowing when to pick your battles. KJ was one of the most tolerant dogs that I have ever met. However, she also had a wonderful ability to give warning to her foster siblings and dog friends when they were crossing the line. There are a few things that she would not tolerate, and she wasn’t shy about setting boundaries when she needed to.

By watching KJ navigate the balance of setting boundaries and having tolerance, I have learned that it’s important to stick to my guns about the things that I feel strongly about but it’s okay to let the smaller things slide. I’ve begun to start setting boundaries on the things that drain me at work, and I’ve taken a step back from duties and roles that no longer serve me.

It’s Okay to Ask for What You Need

KJ taught me that it’s crucial to ask for what you need. In KJ’s senior years, she became increasingly vocal and specific about what she needed and when she needed it. She was very specific about wanting my phone to be on silent, telling me when the oven had been on too long (and was making it too hot in the house!) and she always made it known that she did not appreciate thunderstorms or fireworks.

At times, her antics were exasperating, but I had to take a step back and admire that she wasn’t afraid to ask for what she needed. Too often, I see people, especially women, continuously put everyone else’s needs above their own. Though it’s a noble feat, it’s not a sustainable way of living.

Because of KJ, I have learned that it is okay to speak up about something if your needs aren’t being met. In the wake of KJ’s death, I have practiced asking for what I need a lot. Sometimes I need space, other times I need to be surrounded by love and support, and I am not afraid to ask for it.

Reflecting on the things that KJ taught me and the happy, silly and triumphant memories we shared has helped me get through the devastating process of losing her. It may seem impossible to do in the moment, but looking back on it, I’m so glad that I found a way to learn from her and see the bright side of her final weeks before I had to say goodbye. I hope that anyone going through a similar situation can do the same.

Katelyn is a freelance writer and a dog owner, lover, activist and foster mom in Chicago.