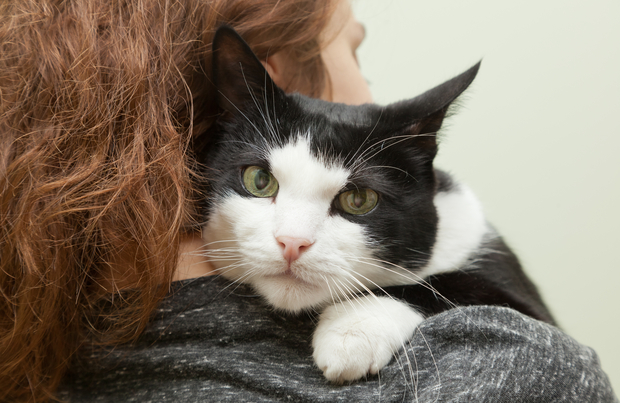 Quit It With the Anti Cat-Comments, Already

Cat parents have heard it all. From the “oh-just-joking” comments about felines to the openly hostile statements about their (non) kitty preference, being a cat owner seems to mean that people feel free to take shots at our furry friends.

If you have friends who lack your love for cats, you’ve probably heard one or more of these clueless sentiments. Here are some of the most common ones, and why they should be stopped for good.

Dogs Are Better Than Cats

Apples are better than bananas, mocha beats butter pecan and teal is the new black. Animal preference is strictly personal, and every critter has endearing and maddening qualities … just like their humans. Non-cat people usually do not know any cats, or, if they do, they have taunted a cat and been scratched as a consequence. They foolishly believe that if you like dogs, cats are out. Besides, many cat parents also share their homes and hearts (but not the cat food) with canines.

Why Don’t You Declaw Your Cat?

Declawing is definitely not for everyone, and, in fact, in some places it’s becoming illegal. As one anti-declawing vet points out here, cats are born with claws for a specific reason, part of which is to help express themselves. For me, the idea of removing a cat’s claws for the sake of sparing a sofa is a non-starter, so don’t even bother asking me about it.

Cat parents are fully aware of the reality of litter box(es), and the marketplace is flooded with products that make the cleaning chore easier and the eau de litter scent less pungent. Believe it or not, when handled properly, two cats (or even three) make no difference. Diligent owners clean the cat litter box regularly, just as they put out trash and mop the floor.

It Was Just a Cat

The death—whether sudden or expected—of a companion animal is no less jolting than any other loss. Yet thoughtless friends or family may wave off the passing of a cat as a minor inconvenience, like losing a pair of gloves. Minimizing such loss does not cheer up or energize the cat parent who must now mourn the memory of a beloved bundle of purr while at the same time enduring the jeers of others who diss her devotion.

You’ve Got Hair All Over You

Wow, that’s breaking news. All cat parents know their sweet kitties shed, and we accept the reality of removing cat hair whenever it appears. (And yes, a mostly black wardrobe can easily be enhanced by the presence of a black cat in the home!) Multiple cats mean multiple hues of cat hair, but at some point, cat parents realize cat hair will never completely vanish, even with an army of sticky rollers. Cat hair all over? Yes. Want some?

A flat, nasty swipe at all of cat-dom and the people who dwell there, this statement says more about the speaker than about felines. No reasoning or statistics will sway someone determined to despise one of nature’s most miraculous critters. The verb ‘hate’ curdles the spirit of the speaker, not the cats who are the object of such loathing.

Any woman with even one cat has heard this insult disguised as a would-be witticism. It sounds like a nasty prophecy the speaker hopes will come true, like the reverse of a lottery win. Telling anyone she or he is crazy borders on just plain mean. Dumping on the person’s preference for purring roommates is unnecessary.

It’s Cruel Not to Let Your Cat Have Kittens

Parenthood is not for everyone, and the same is true with cats, who can get pregnant even at five months of age and give birth up to four times a year. Anyone who thinks a cat parent is wrong to prevent feline pregnancy has never visited an animal shelter during ‘kitten season,’ when millions of helpless, unwanted kittens flood in while countless others perish in grim circumstances. The Humane Society details the realities of what happens when people let their cats have kittens here.

That Cat’s So Ugly!

No cat parent should ever hear these brutal words, and luckily cats can’t comprehend much of humans’ conversations. My late Cassie—born with only one eye—was rejected by potential adopters for her ‘deformity.’ My current Shamrock sports a large black blotch around her nose, prompting some observers to say she has “such an ugly face.” Yet Leonardo da Vinci, who knew a thing or two about beauty, declared, “The smallest feline is a masterpiece.” I would definitely have to agree.

Cats are Evil and Sneaky

Legend, myth, superstition, stupidity: they all contribute to clichés about cats’ supposed ties to witchcraft or their penchant for plotting crimes against humanity. Like all domestic or wild animals, cats have no particular backstabbing agenda. Felines, from calicos to cheetahs, simply wish to survive. They may sense human affection or dislike, but their curious, playful nature does not mask a plan to steal human souls. In actuality, cats just want to have fun with that new catnip mouse.