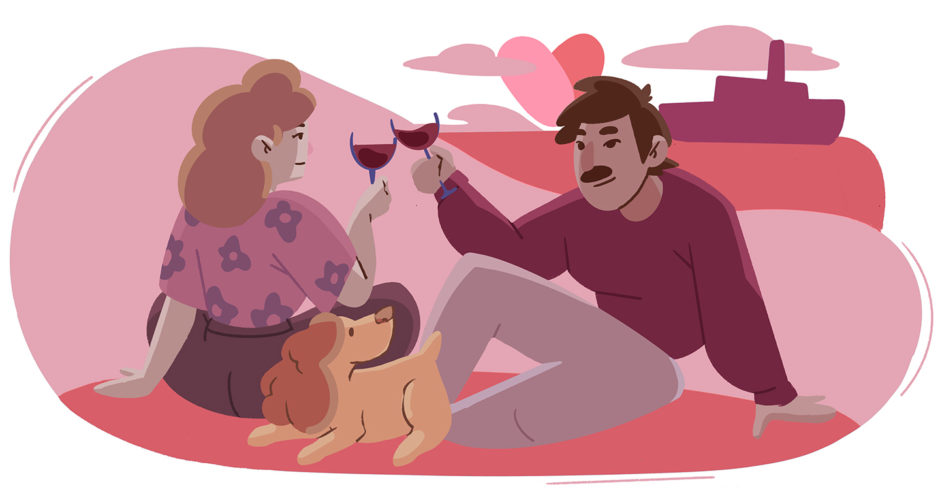 The summer of 1983 found me camping at Acadia National Park in Bar Harbor, Maine, for Fourth of July weekend. I was accompanied by Jen, my shy college friend, and my boon companion, a honey-colored Cocker Spaniel with long, flowing fur named Drummer.

After a day of hiking wood trails and a refreshing swim in a clear lake, we drove into Bar Harbor for supper. Drummer napped while we ate, then we all strolled down the tourist-filled main street until we found an ice cream shop. Jen held Drummer’s leash while I went in and bought a cone. Then my dog and I stood on the sidewalk and people-watched while Jen got in line for her treat.

Finding love was the furthest thing from my mind.

I was 23 years old and nursing hurt feelings after a guy I’d been dating had broken up with me. He wasn’t really my type, but my ego was bruised just the same. He was in the Navy and I found myself not only feeling negative about men in general, but especially sailors.

Still, as I waited for Jen to rejoin us, my eyes fell upon two good-looking guys walking in our direction.

The swaggering way they walked also told me that they probably called the enormous U.S. Navy ship that was tied up in the harbor home. As far as I was concerned, the probability that they were sailors was another strike against them. I turned away from them, bending down to give Drummer a lick of my cone. When I stood up, I found they had stopped before me. 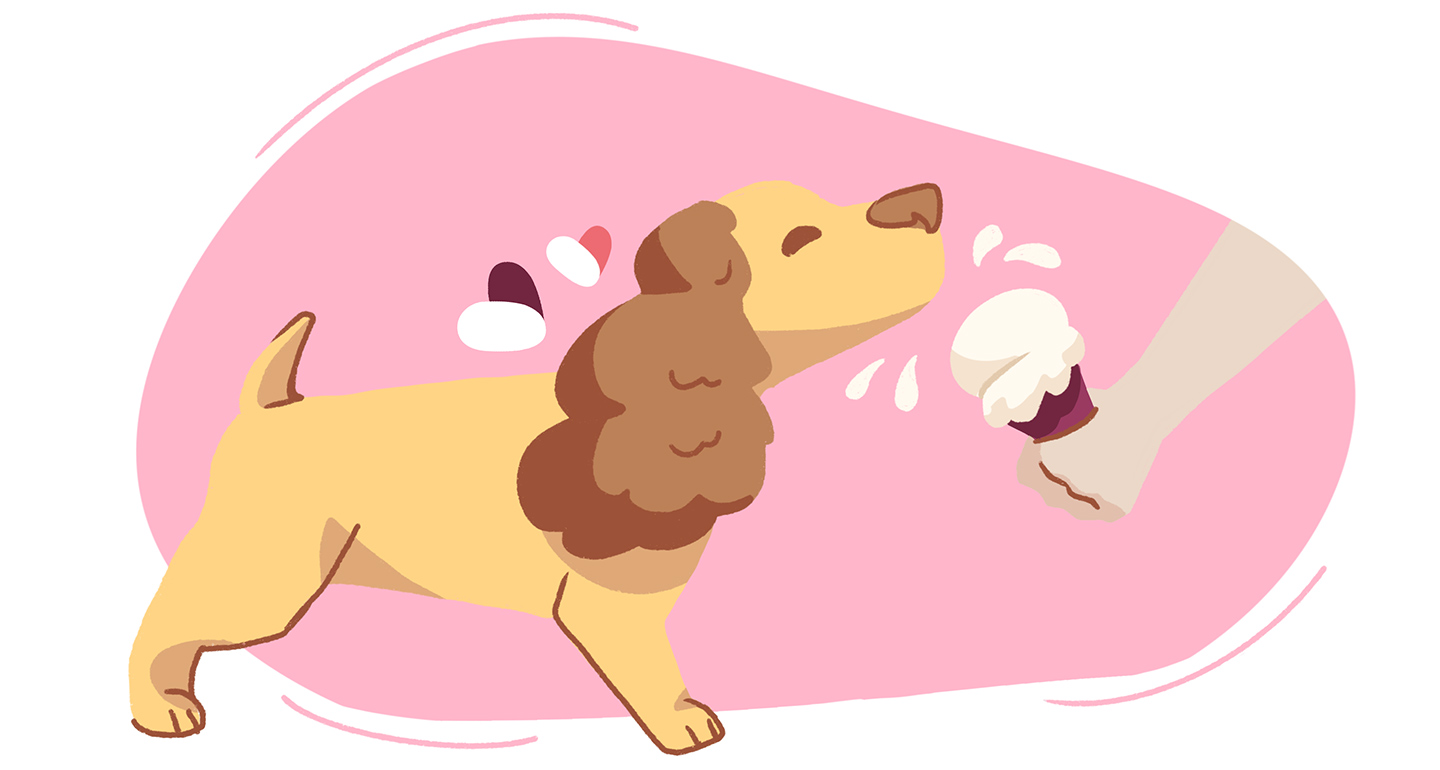 The taller of the two gave me a rakish grin. Dark eyes twinkling, he said, “Nice dog. Ever wash him?”

I was offended. I took pains with Drummer’s appearance and kept his coat clean and well brushed. Rankled, I made some retort, and then the conversation took off.

Months later, he told me that when he saw me there, he felt a jolt of recognition, as if we had known each other before. He didn’t know what to say to me, but he knew he had to come up with something that would get me talking. His ploy was successful.

When Jen stepped out of the store and saw me chatting with strange men, she approached with hesitation. But soon she, too, was engaged in lively conversation. I thought we might invite the guys on our next planned step of the evening, to watch the sunset and drink a glass of wine on top of Cadillac Mountain. Set in Acadia park, Cadillac is the highest point along the North Atlantic seaboard, boasting incredible (and, some may say, romantic) views.

I knew inviting these guys out with us was probably a bad idea. After all, these were total strangers. So when they turned to talk with a passing shipmate, I quickly ran my plan past Jen, trusting that she would have better sense and convince me to proceed without them.

To my surprise she said, “Oh yes, ask them!”

Chris and his friend, whose name turned out to be Tim, didn’t hesitate. Soon, all five of us piled into my tiny, bright orange Subaru. Drummer hopped happily into Chris’ lap. Within moments, Chris began to sneeze.

“You wouldn’t happen to be allergic to dogs, would you?” I asked.

“Yes, actually, I would,” he replied.

My heart sank. I could never date a man who was allergic to dogs, and this guy was awfully attractive. 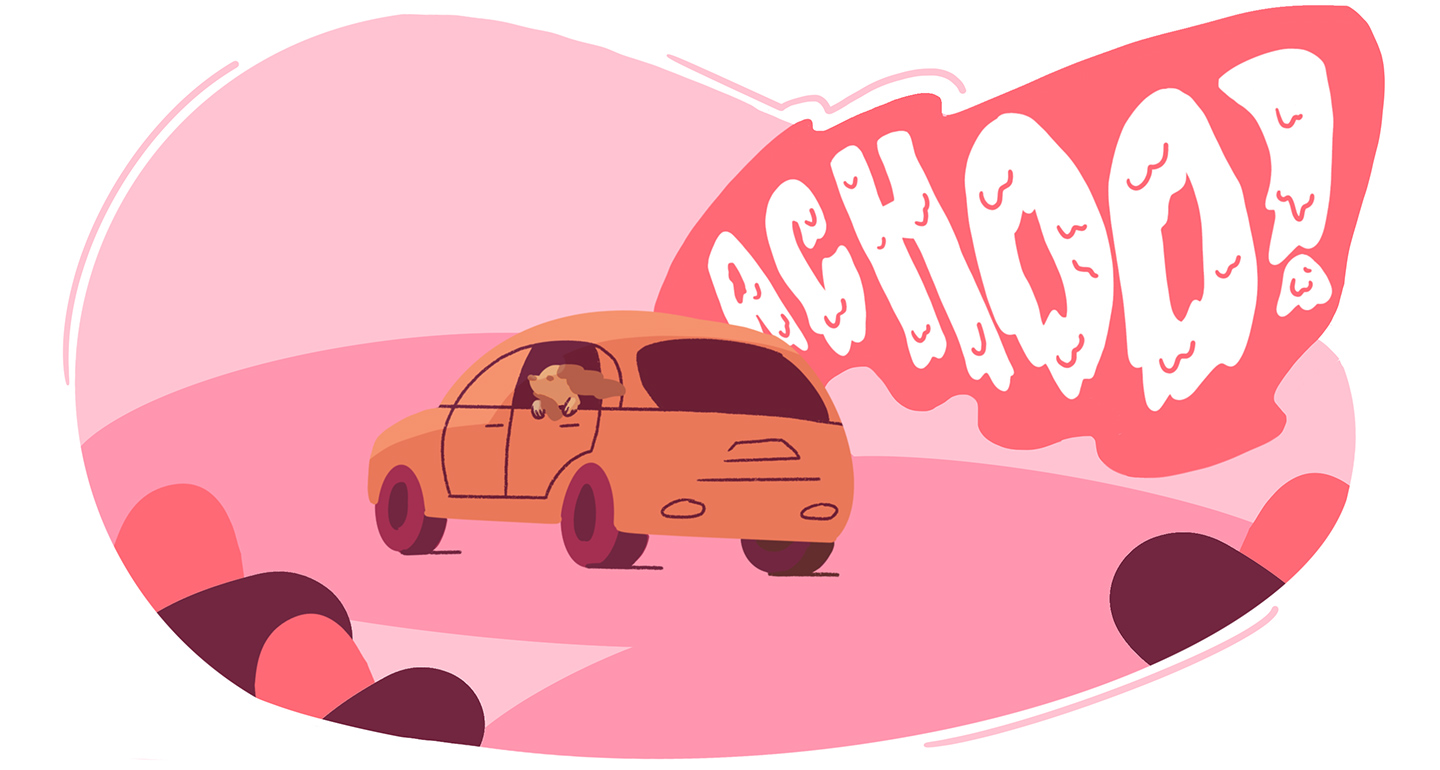 We rolled the windows down to help supply him with fresh air, and soon reached the peak of the mountain. We shared our wine and watched the sun sink below the horizon, its rays illuminating the outline of the ship USS Stark, looking oddly out of place among the lobster and pleasure boats moored in the harbor.

On the way down the mountain, holding my beloved dog and sniffling as his sinuses complained about it, Chris asked me to marry him. We’d only just met, so I didn’t take him too seriously.

“Not tonight,” I quipped.

Later, Chris told me that he felt that he’d been looking for me all his life but didn’t know it until he saw me. I’m certain he never imagined going on a date with a dog along. But after only eight more such dates, we eloped.

Granted, these weren’t your typical dates. Chris was stationed in Jacksonville, Florida, and my college was in Virginia, so our visits were complicated by travel. He rode his motorcycle to see me one weekend, and another time, he hopped a plane to Washington, D.C., where I drove to meet him. We also traveled to Myrtle Beach, South Carolina, for another date, and spent another touring Colonial Williamsburg. Each of our phone calls started out with me asking, “Where are you?”

Six months after we first met in Bar Harbor, on my 24th birthday, we stood in the daffodil-strewn front yard of one of my professors. His wife witnessed as he joined us in holy matrimony. While he was performing the brief ceremony, I experienced a strange sensation. I couldn't feel my feet. Chalking it up to the new shoes I was wearing, I glanced down and saw my feet cushioned in the bright spring grass. Chris, holding tightly to my hand, whispered, "Do you feel it?" My eyes shot him a silent question, "Feel what?" He leaned down and whispered, "Are you floating, too?" 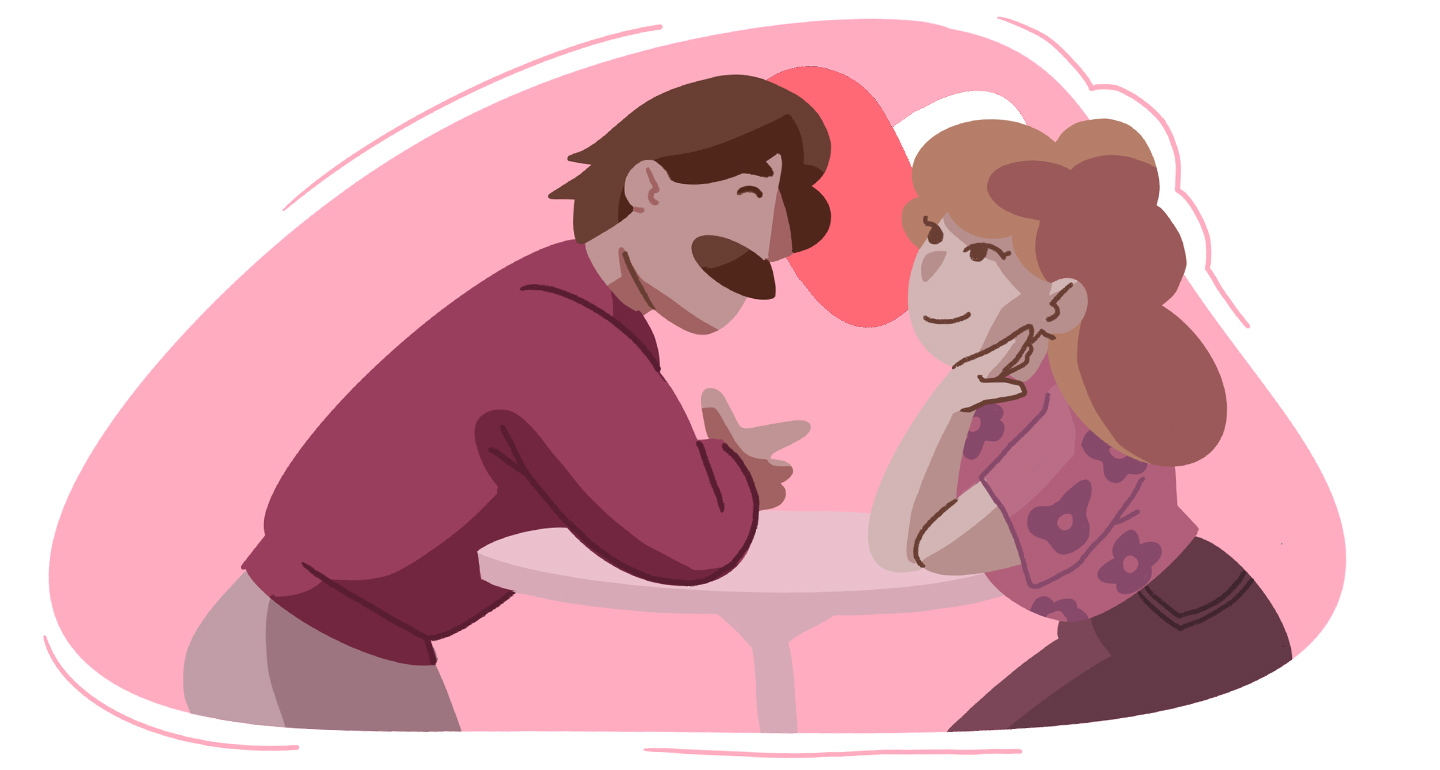 Our fateful meet cute happened 36 years ago. When Chris finished his time in the Navy, he joined me in a tiny apartment in Virginia. Over the years we have called four different states home, settling down in a meadow-hugged farmhouse in Maine. We still have dogs that make him sneeze, and now we also have dairy goats, donkeys, chickens, ducks and a couple of barn cats.

During the years I pursued a career in pet grooming and writing. He earned several college degrees and now works in Information Technology. We raised a delightful daughter. Our music and laughter-filled home is a hub for friends and family to gather.  We’ve never had a fight, still hold hands, and feel incredibly lucky that we chanced to meet over an ice cream-licking Spaniel.

By: Daryl Conner
Daryl Conner is an award winning photojournalist and Master Pet Stylist who has loved making dogs and cats more beautiful for 30 years. You can find her plying her trade at FairWinds Grooming Studio. She shares her meadow-hugged Maine farmhouse with her very patient husband and a lot of animals.