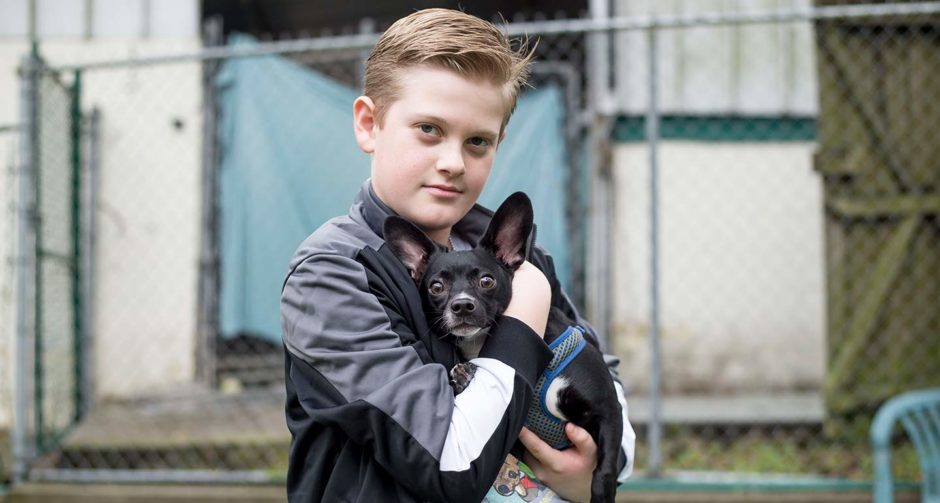 A Bullmastiff Pitbull mix named Hubble probably wouldn’t have survived a case of animal cruelty without the help of 11-year-old Austin Testa of Palm Harbor, Florida.

In February, Hubble was dropped off at a local shelter with a severely broken hip after being thrown out of a moving vehicle. The shelter put him on a “deadline plea,” meaning that if someone didn’t pick him up before the deadline, he would be euthanized.

He was rescued by Robin M. Vetro, co-owner of Normand’s Royal Rescue in Brooksville, Florida, who admits she was unprepared for how difficult it would be to find medical care for Hubble. Raised as a “bait dog,” Hubble had had his teeth removed so he couldn’t fight back against dog-fighting dogs, and weighed 110 pounds due to being fed steroids. He was so big that he needed to be transported to Tampa to see an orthopedic specialist and receive an X-ray on a machine designed for a tiger.

The estimated cost of reparative surgery was $2,500. Vetro and her husband, Rob Splain, were prepared to launch a fundraising campaign. Then they got a call.

“It’s this kid on the other end of the phone,” Vetro says. “He introduced himself as Austin, and said, ‘I want to help you.’ I’m like, ‘OK, honey, Hubble likes peanut butter.’ And he says, ‘No, I want to pay for his surgery.’ … I literally dropped my phone.”

It wasn’t a joke. Testa had the money for Hubble’s surgery. In fact, he’s the founder of a nonprofit organization, Every Bark Counts, that helps rescues and shelters pay for food, supplies and medical treatments for abused, neglected and medically needy animals. At just 11 years old, Testa has already donated countless hours, supplies and energy to bringing joy to animals who need it most. And he’s just getting started.

“My saying is that animals can’t speak for themselves and someone needs to help them,” Testa says. “Animals can’t talk. Say your dog or cat meowed or woofed, they can’t say, ‘I’m hungry.’ Someone has to stand up for them.” 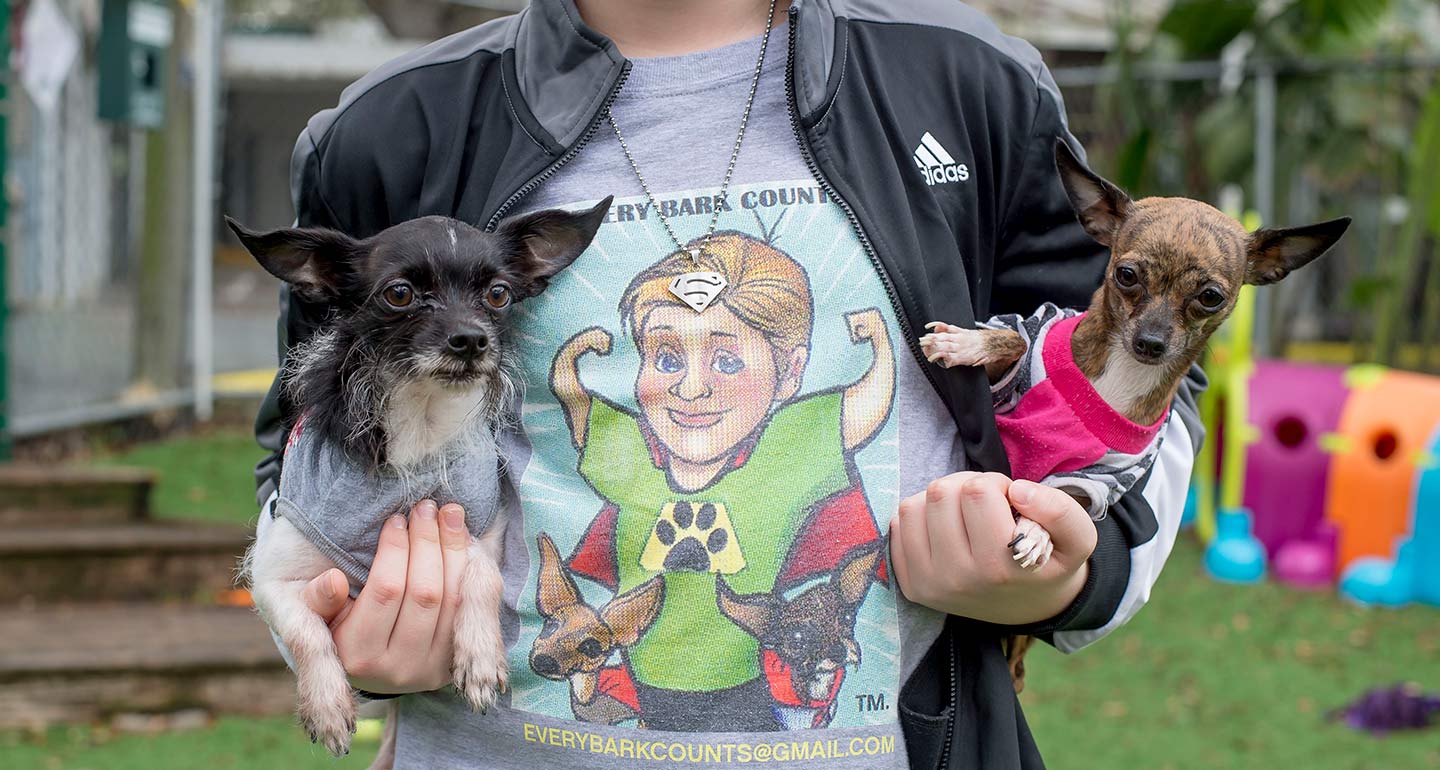 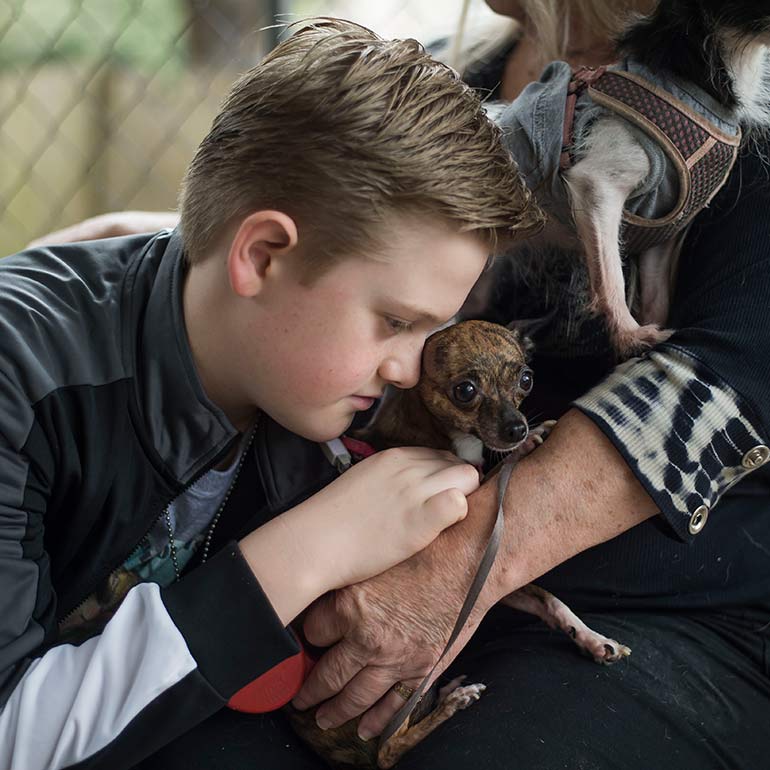 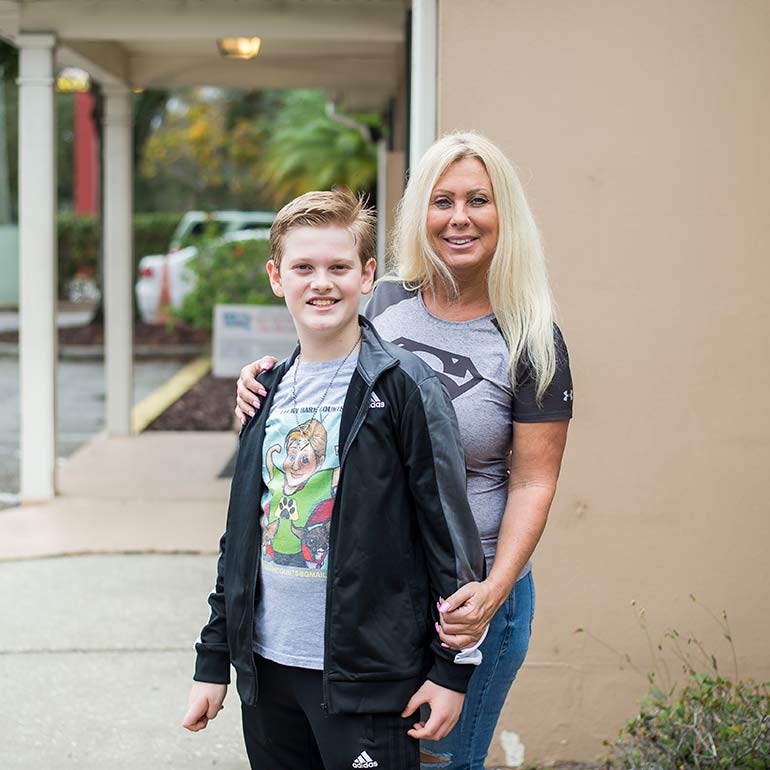 Testa started helping animals when he was 6 years old. In his first act of charity, he bought fleece blankets from Walmart using money saved up from his allowance and donated them to local shelters during a winter cold snap. And he’s been on the lookout for worthy causes ever since, scanning social media for animals in trouble and stepping in when he thinks he can make the biggest impact.

At first, Testa’s mom, Michelle, thought helping animals was a phase her son was going through. Years later, she doesn’t question her son’s dedication to the cause—and his impactful work has earned him some big-time recognition. Testa recently received a Heroes Among Us award from U.S. Congressman Gus Bilirakis and official 501(c)(3) status for Every Bark Counts, and he’s often invited to board meetings of humane societies as a guest speaker. GoFundMe has also named him a Kid Hero.

“I think they can tell he has a drive to make a difference for the animals,” Michelle says. “Obviously, I’ve raised a good kid, but the dedication comes from him. … This is his drive, this is his journey.”

Testa has had pets since he can remember, and currently has a dog named Diesel who was abused by his previous owner. He says he’s upset by cases of animal cruelty, but prefers to focus on the positive stuff.

“When a rescue gets dogs, it kind of makes me happy because then they can help the dogs to find a better home,” he says.

Testa’s work has mostly benefited dogs, but he strives to help all kinds of needy animals. Recently, he helped find a home for a horse in Oklahoma who was bound for the slaughterhouse.

“I named the horse Chance, because I gave it a second chance,” he says. 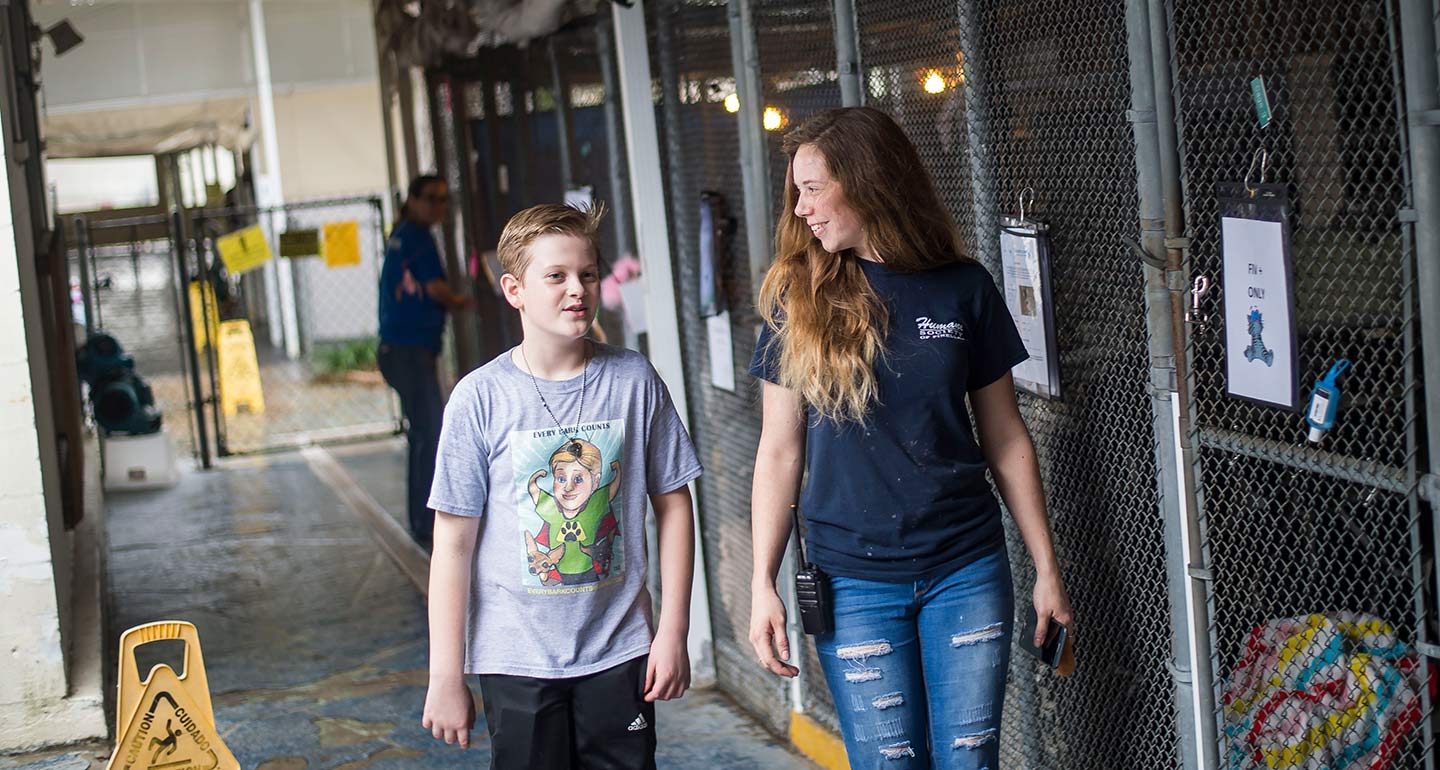 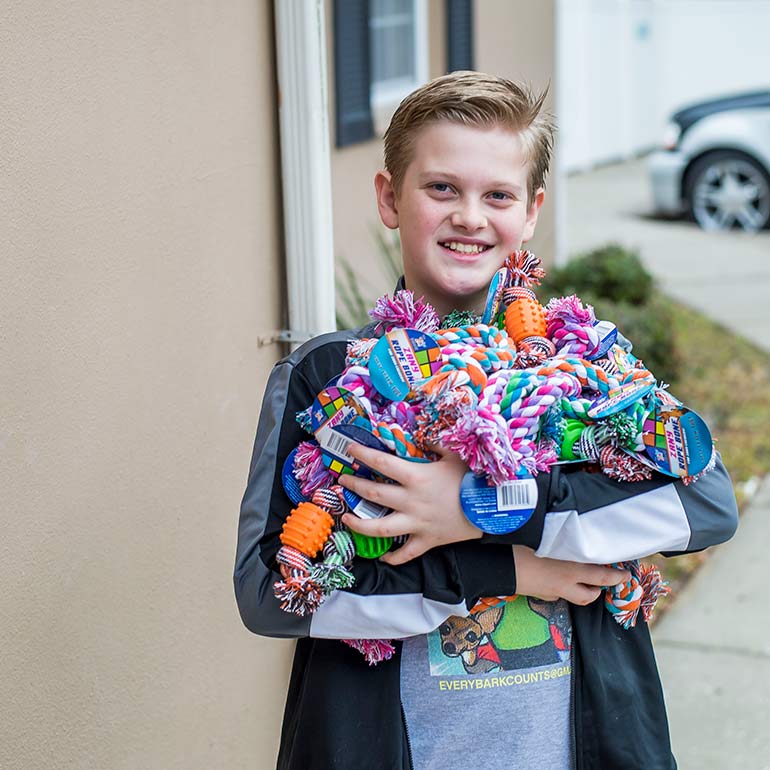 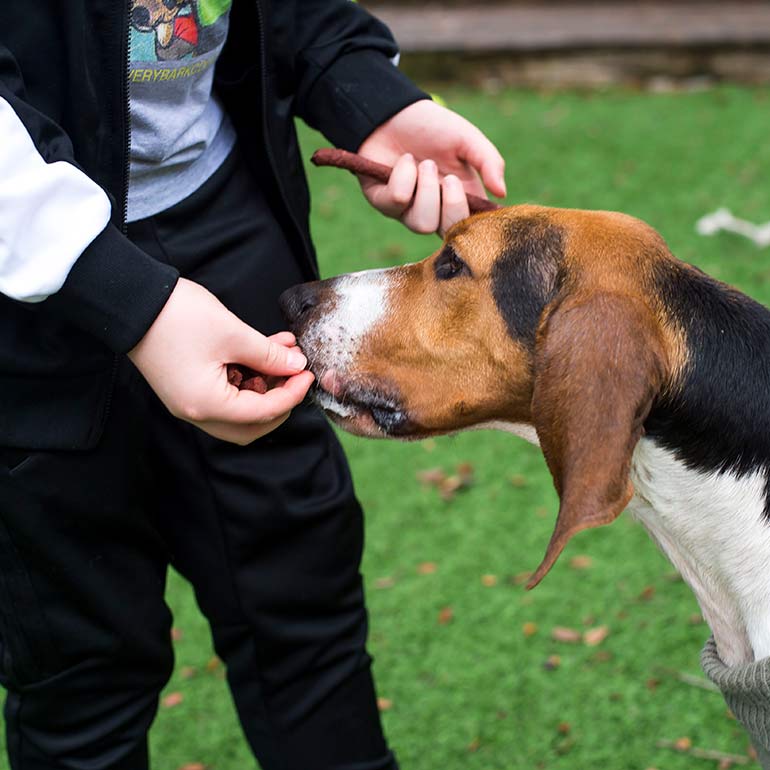 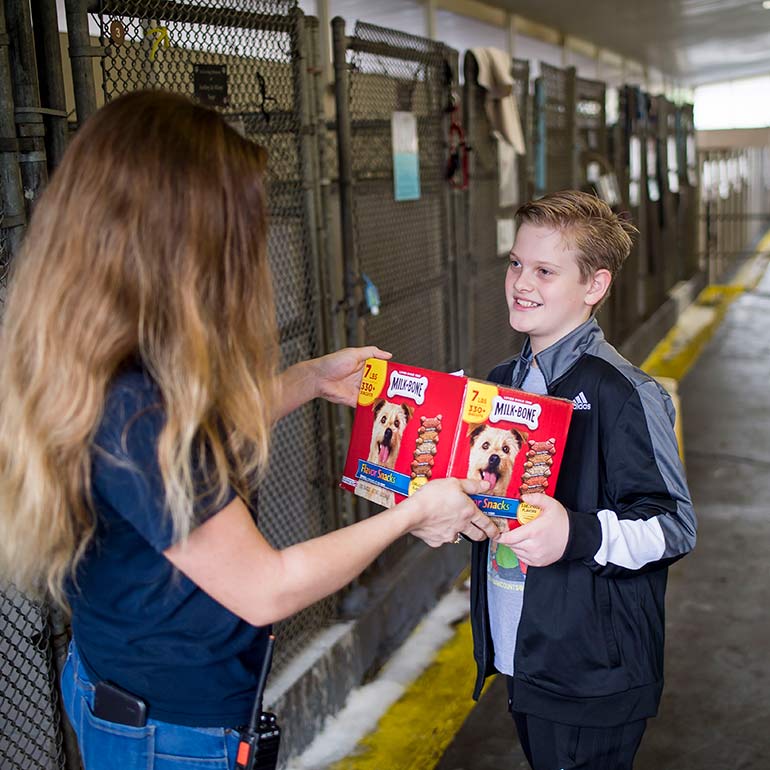 In many ways, Testa is just a regular kid. He likes going to the beach, practicing jiu-jitsu and playing with Legos. But he’s remarkably mature in others. He has a striking ability to carry conversations with adults and a knack for fundraising.

He sells cotton candy, popcorn and glitter tattoos at fundraisers and festivals, and also accepts donations from across the country via GoFundMe.com. (His page has raised more than $67,000.) From the beginning, he’s been pragmatic about making donations. Rather than just sending cash to the shelters, Testa says, he gets shelters’ “wish lists” detailing the supplies that they need most. Then, he “went shopping … for what they specifically needed.”

Testa plans to continue running Every Bark Counts well into adulthood. His immediate plans involve creating a standalone shelter for rescue animals by the time he’s 14 years old, and his long-term career goal is becoming “something like a veterinarian,” he said. “I don’t know what I want to be, but I know I want to be around animals.

“I want to inspire people because there are too many animals that are being abused and need love,” he continues. “They’re in the shelters, sad, waiting for a home.”

Whatever Testa decides to do, he’s already making a huge difference for abused animals in the Tampa Bay area, Vetro says.

“There’s not a day that goes by that I don’t thank God for this kid,” she says. “I’ll call him just to say ‘thank you.’ Someday, I’m going to retire and won’t be able to rescue anymore, and that concerns me because there’s nobody who has the drive to take over when I’m done. Austin, though, he’s going to change the entire animal cruelty world, and he’s only 11.”

You can support Testa’s work through Every Bark Counts’ GoFundMe page.

By: Howard Hardee
Howard Hardee is a writer and reporter based in Madison, Wisconsin, who expects himself to be able to write about anything. Raised in Fairbanks, Alaska, he loves all of earth’s creatures (all 35 species of Alaskan mosquito notwithstanding), and at 31 years old is still mourning the loss of his childhood dog, a small, white terrier mix named Pete.