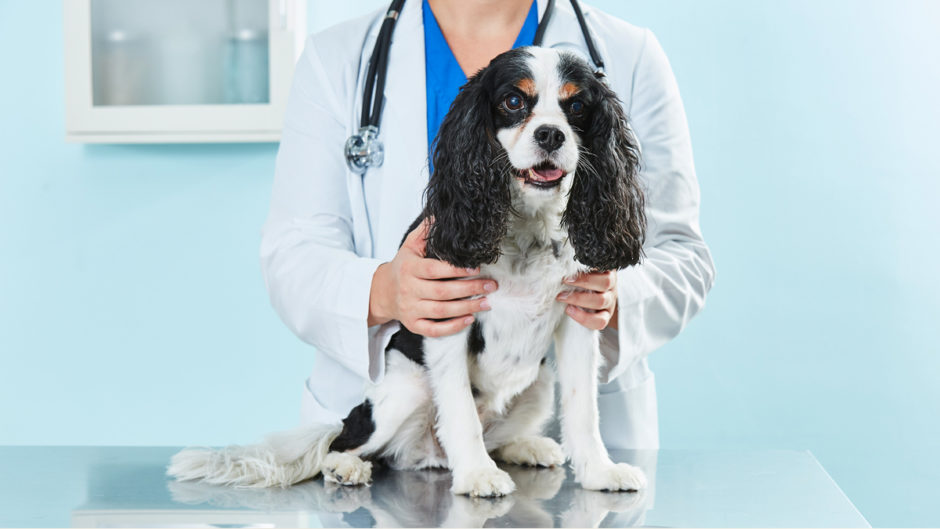 Hookworms in dogs can lead to life-threatening health problems—including anemia and respiratory disease in puppies—if not properly treated. And if that’s not bad enough, hookworms are zoonotic, which means they can infect humans, too.

Want to know more about this common intestinal parasite? Read on to learn how to identify, treat and prevent hookworms in dogs.

Their lifecycle begins as eggs release into the environment via the animal’s feces, Dr. Walden says.

“That’s where the larvae hatch, develop and mature to a stage that is infective to the dog or cat,” she says.

Adult hookworms live in your pet’s colon four to 24 months, according to the Companion Animal Parasite Council (CAPC). Attached to the animal’s small intestine mucosa, they digest tissue, suck blood and inject anticoagulants to prevent clotting. Hookworms range in size from 10 to 20 millimeters long by 0.4 to 0.5 millimeter wide.

How Do Dogs Get Hookworms?

So, how exactly do dogs get hookworms? The enter the enter the animal in various ways, according to Dr. Walden.

“Usually with dogs, the larvae will penetrate the skin and migrate through the animal, making their way to the small intestine to mature,” she says.

“Dogs can also become infected by ingesting a host, like a rodent, that has dormant larvae,” Dr. Walden adds.

Hookworm larvae can enclose themselves in cysts in muscle tissue and remain dormant until it’s time to repopulate the dog’s small intestine or her mammary glands upon onset of lactation, Dr. Walden says.

That’s why newborn puppies are particularly at risk of infection.

“Transmission of larvae to pups via mother’s milk is another common way of infection,” she says. “Once in the intestine, they mature to adults and start the cycle again.”

Signs and Symptoms of Hookworms

Dogs of all ages can be affected by hookworms, says Dr. Walden.

“Puppies and older dogs, however, are most susceptible to clinical signs,” she says.

The clinical signs in pups include:

Senior dogs with hookworms may have ongoing anemia, diarrhea and weight loss, notes the CAPC.

“The owner may not know the dog is infected until an annual fecal exam is done at their veterinarian’s office,” she says.

To diagnose a hookworm infection, your veterinarian will inspect and test your dog’s feces, Dr. Walden says.

“Hookworms are diagnosed by fecal flotation with centrifugation and seeing the eggs,” she says. “An adequate amount of feces should be used. Owners can help out by bringing in a fresh sample for their veterinarian when they come in for their examination.”

“CAPC recommends testing for intestinal parasites, including hookworms, at least four times in the first year of life and at least two times per year in adults depending on patient health and lifestyle factors,” she says.

If your dog tests positive for a hookworm infection, his doctor should suggest a vet-recommended deworming (or anthelmintic) medication.

“None of these, however, will kill the dormant larvae encysted in the muscle tissue,” notes Dr. Walden.

To prevent hookworms in dogs, Dr. Walden recommends year-round broad-spectrum parasite control that works against hookworms. Talk to your veterinarian about the one that will work best for your dog.

“Owners can also reduce their dog’s exposure to hookworms by timely removal of feces from their environment,” she says.

If you have puppies in the house, treat them for hookworms at 2, 4, 6 and 8 weeks of age with a vet-recommended deworming medication, suggests the CAPC. Nursing mothers should be treated along with their puppies.