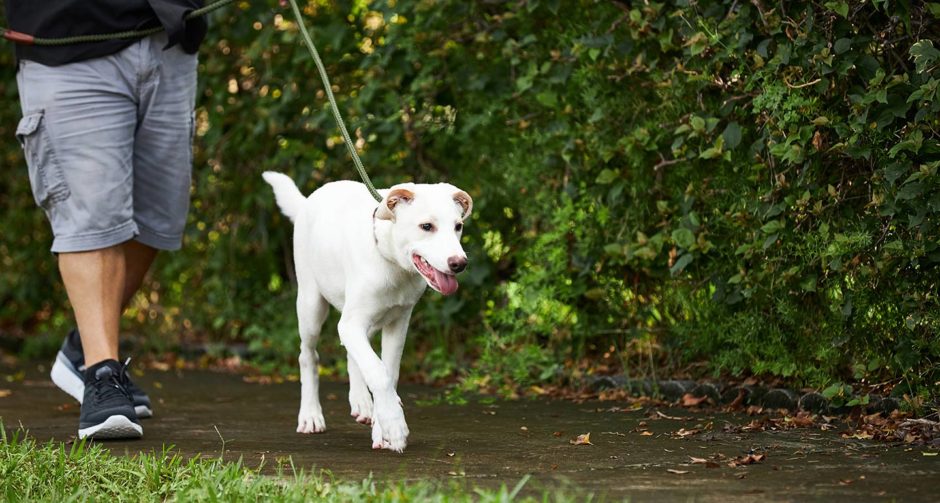 So you got a new puppy who’s almost perfect. There’s just one teeny tiny little thing: Your new four-legged friend goes potty in the house. And you want to solve this problem as quickly as possible.

You may wonder, “How can I potty train my dog in seven days? Is it even possible?”

“No 14-week-year-old is completely potty trained. It’s like with toddlers,” Bloom explains. “They have smaller bladders and bowels, and don’t have complete control over the muscles involved. Putting that aside, assuming that Howard’s wife and daughters do not undermine what he is doing, there should be no accidents within seven days.”

Bloom provided Barr instructions to follow, and all went smoothly—until someone broke the rules. (And it wasn’t Hugh!) With three daughters and a wife at home, Barr explains that during the seven days, the hardest part was making sure the whole family stuck to the plan. Whenever someone at home didn’t follow Bloom’s instructions, Hugh would end up peeing or pooping in the house. 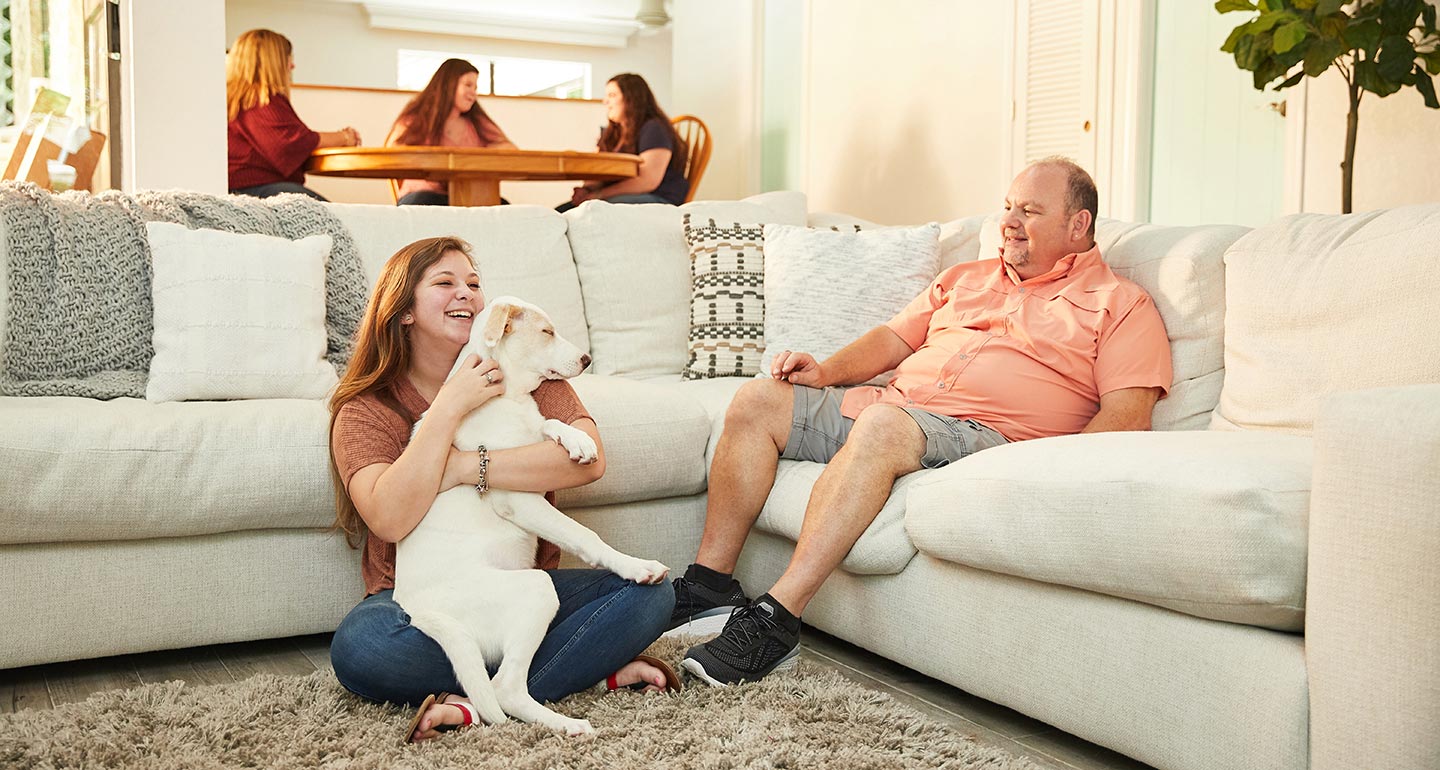 Still, after seven days, Barr told us that Hugh was almost fully potty trained, although not completely.

“From this Monday to last Tuesday, it is amazingly, hugely different,” Barr says. “Is it completely different? No. Is Hugh completely trained? No. But has he been 100 times better? Yes!”

“I think if we keep up with the plan,” he adds, “Hugh should be completely potty trained in no time.”

So what is this master plan?

“The game plan, in general, is frequent trips outside [on leash], confinement in between careful supervision for brief free time after potty, and taking notes to figure out your dog’s potty patterns,” Bloom explains. “This method will work for both peeing and pooping in the house.”

The plan was pretty manageable to follow, even for the average person, Barr says. However, if you will not be home for hours on end, he recommends hiring a dog walker or asking a trusted friend or family member to help with potty training your dog when you’re not home.

Potty Training Your Puppy in 7 Days

Ready to take on the challenge? Take notes from Barr’s experience.

These are the instructions Bloom gave to the Barr family: 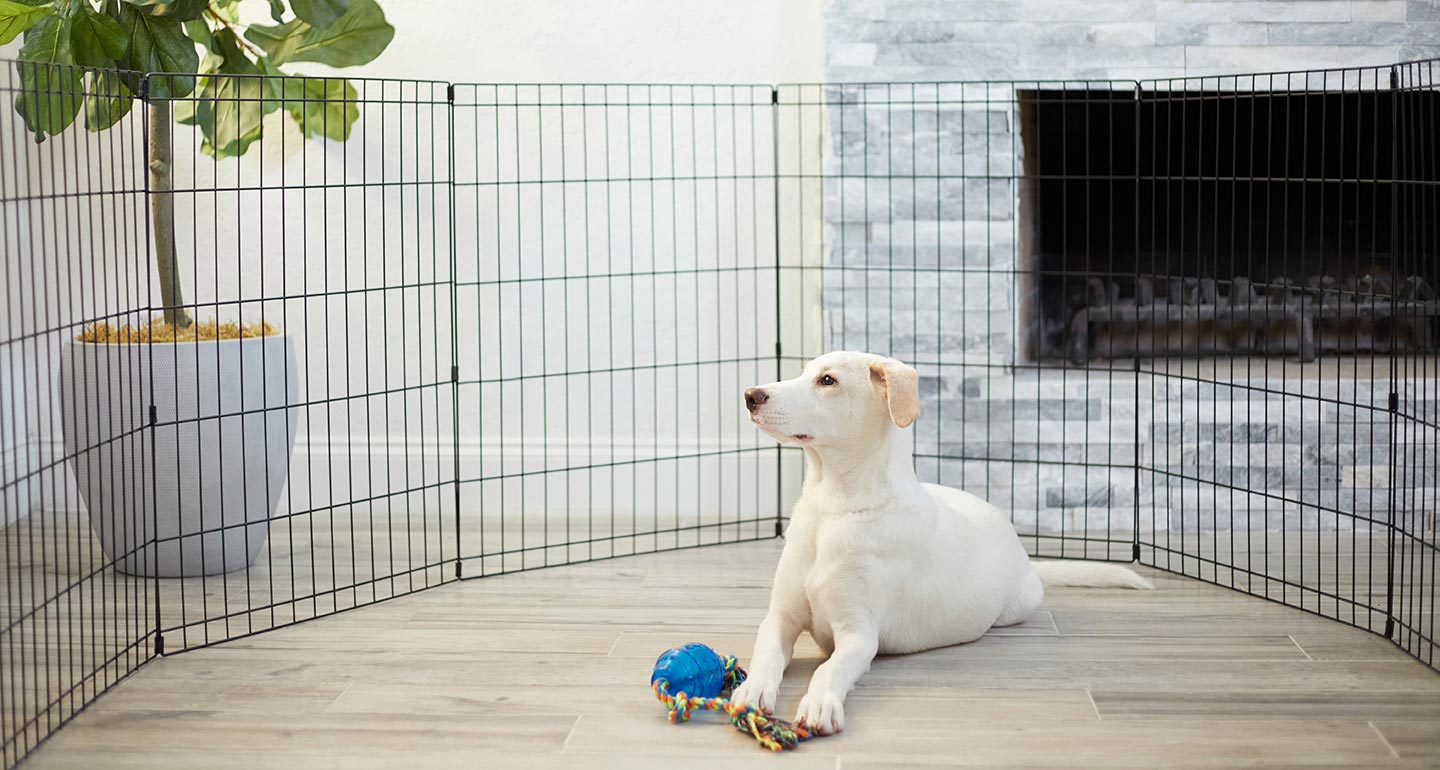 On the first day of training, Barr followed all of Bloom’s instructions. However, there were a couple accidents even after Barr had walked Hugh.

“After taking note of that and speaking with Irith, we decided to start doing double walks,” Barr says. On these “double walks,” Barr gave Hugh extra time outside after he first went potty, waiting for a second pee before bringing him back indoors. “Irith thinks he just doesn’t empty his bladder entirely [the first time], so that is why we started implementing this,” Barr explains.

Barr continued to follow all of Bloom’s guidelines, including the double walk guideline.

“Hugh was great during the entire day! No accidents in the kennel,” Barr says. “But, at night, my daughter decided to bring Hugh’s brother [that she’s fostering] in the house and they were running around, which should’ve been against the rules. That’s when Hugh had a few accidents.” 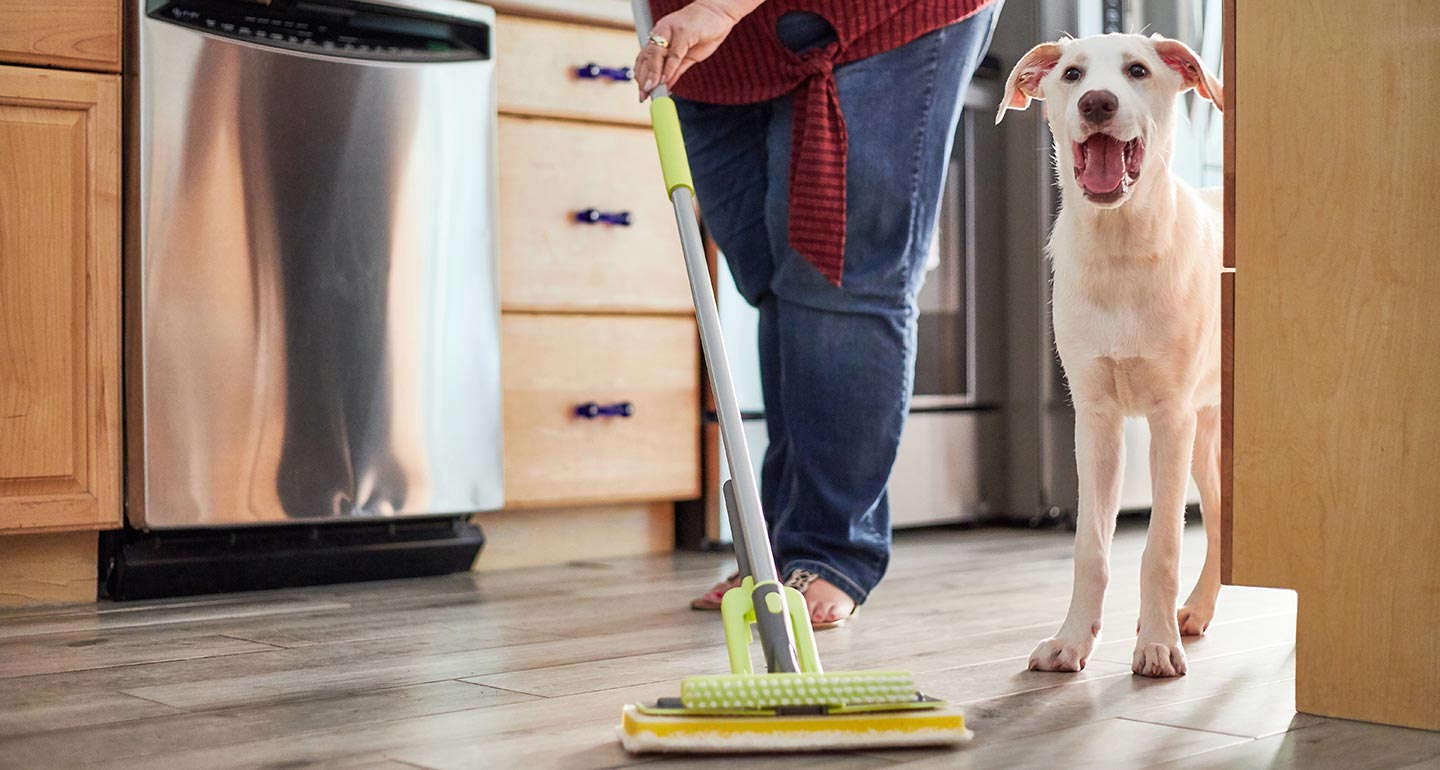 Another time Hugh had an accident in the house was when Barr didn’t take his time letting Hugh out.

“I was impatient. After he peed, he sat out there, and we both wanted to go back inside,” Barr admits. “So, without walking him again, we went back inside, and shortly after, he pooped in the house. The lesson learned from today was patience.”

On day three, Hugh had no accidents. That’s right: Hugh did not pee or poop in the house! 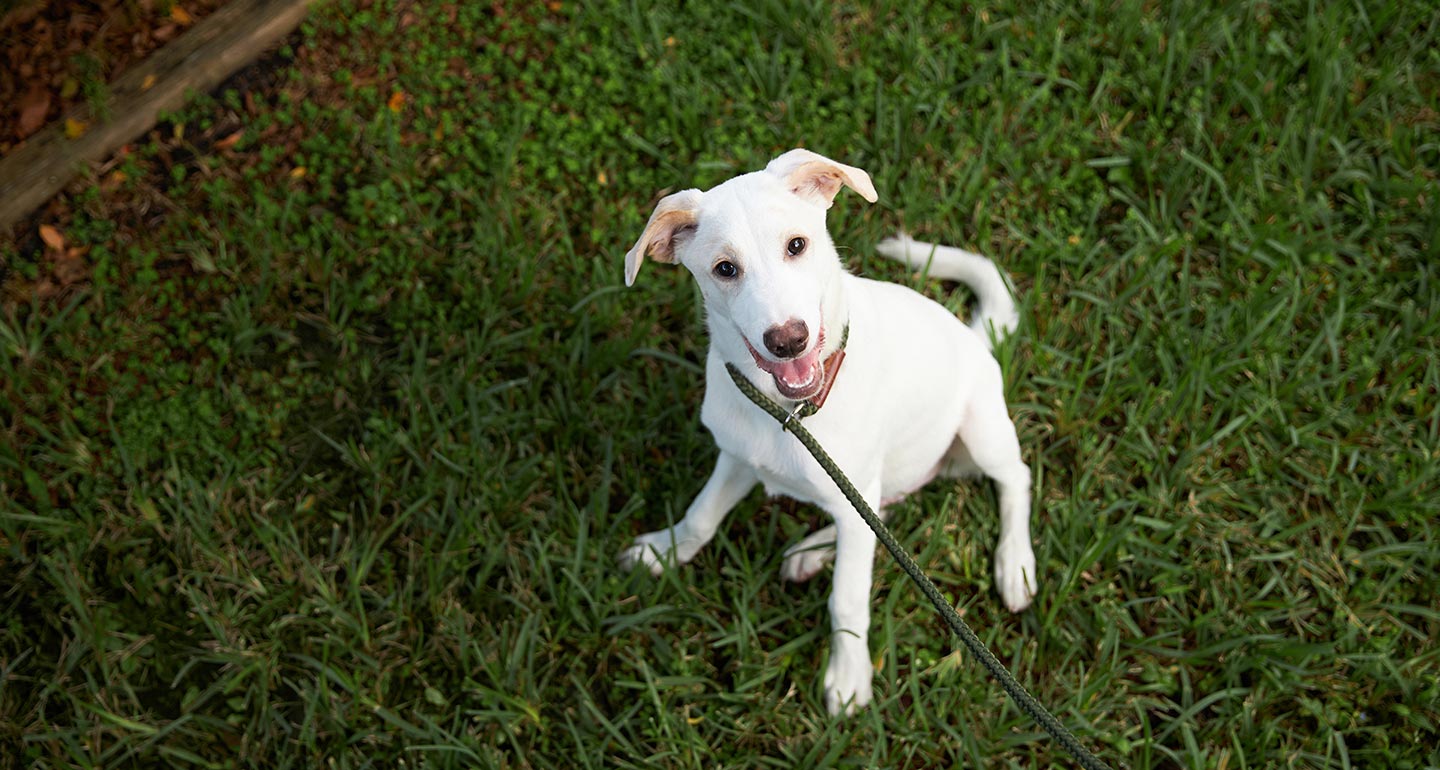 “Today is great,” Barr says. “No accidents today! The pattern Bloom set up for us has been working great as long as we follow it and don’t break the rules.”

Days 4 to 6: Training the Family

As Barr and his family quickly learned, the real challenge of stopping accidents inside the house wasn’t potty-training Hugh. It was training the rest of the family.

“It got chaotic today,” Barr explains on Day 4, just one day after Hugh’s 24-hour accident-free streak.

When family schedules competed with puppy training, Hugh backslid into his wayward ways. 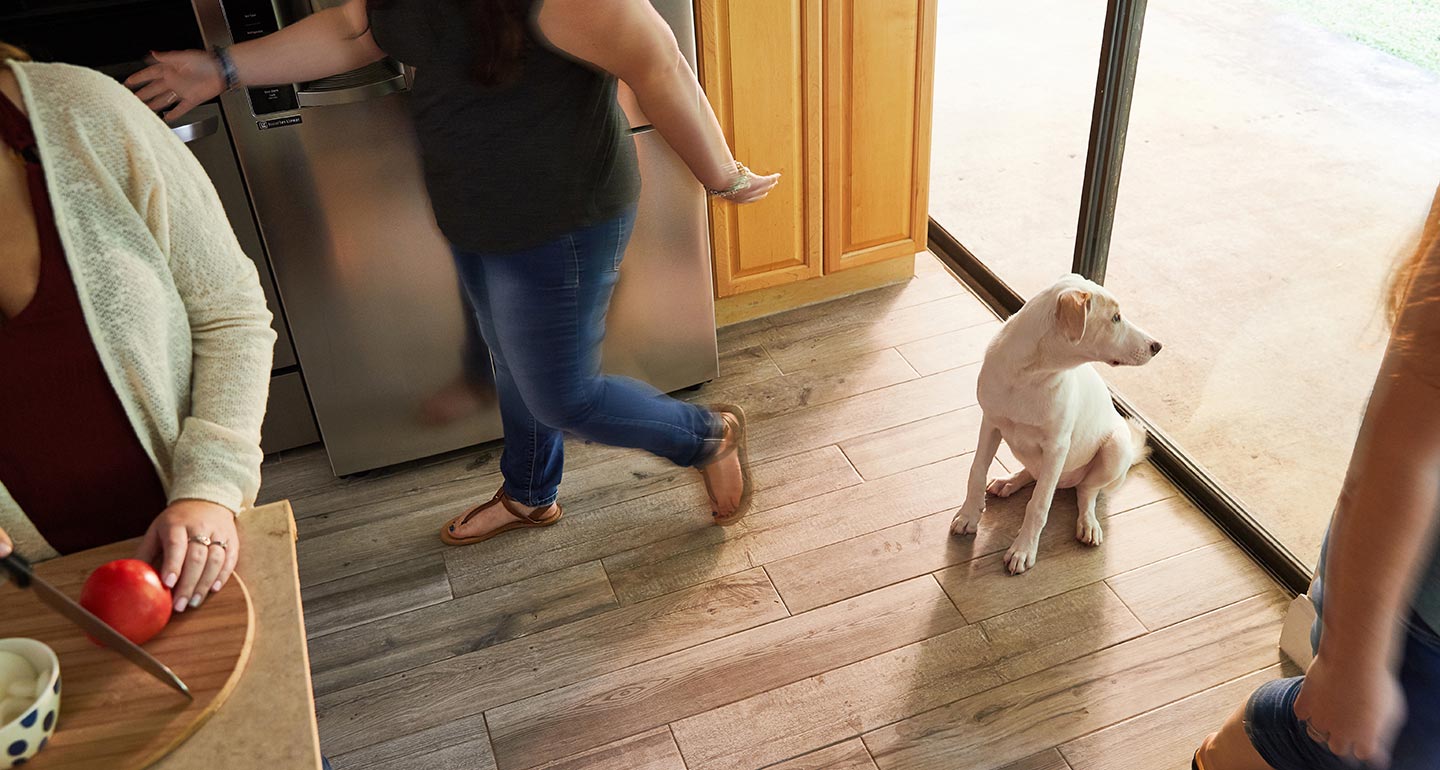 Day 5 was no different.

“I wasn’t on schedule today, and I don’t blame Hugh for the few accidents he had,” Barr reported. “It’s was really hard to manage my time today. My schedule has been crazy, which has made it more challenging. When my schedule is normal, it’s better and I’m in more control.”

On Day 6, the Barr family had tightened up ship – and Hugh followed suit, having no accidents inside. But things fell apart again at the end of the day.

“He pooped in the house because my daughter took him outside without a leash,” Barr explains. “He also played outside with his brother, and when he came back in, he had some accidents.”

On the final day, Hugh made it through almost the entire day without an accident.

“He’s been very good today,” Barr says. Hugh did have one accident the night of Day 7, but Barr chalks that up to fear. “I was running the vacuum and he may have been scared,” he reported the day after the challenge ended. Still, he continues, “he slept through the night and so far today is accident-free.”

The week of training had another beneficial effect, too.

“He goes in his pen on his own,” Barr says. “It’s his favorite place.”

After the 7 days were up, Barr reflected on the challenge.

“For the most part, it’s going pretty smooth. There have just been a few bumps on the road. But that is with everything in life,” Barr says. “When you decide to take on the dog, you have to decide to take on the commitment and responsibility. And when they’re young, potty training is a big one.” 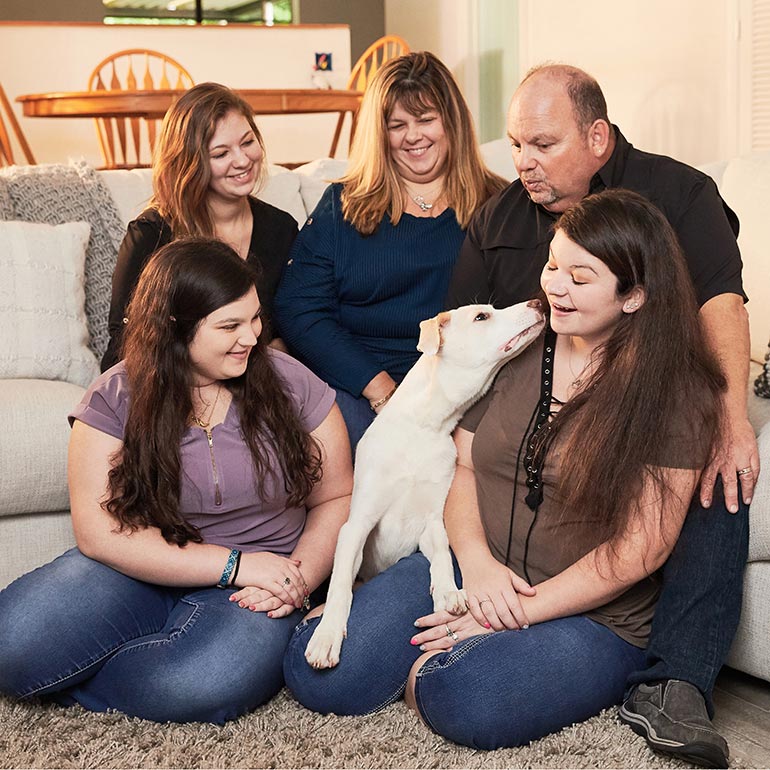 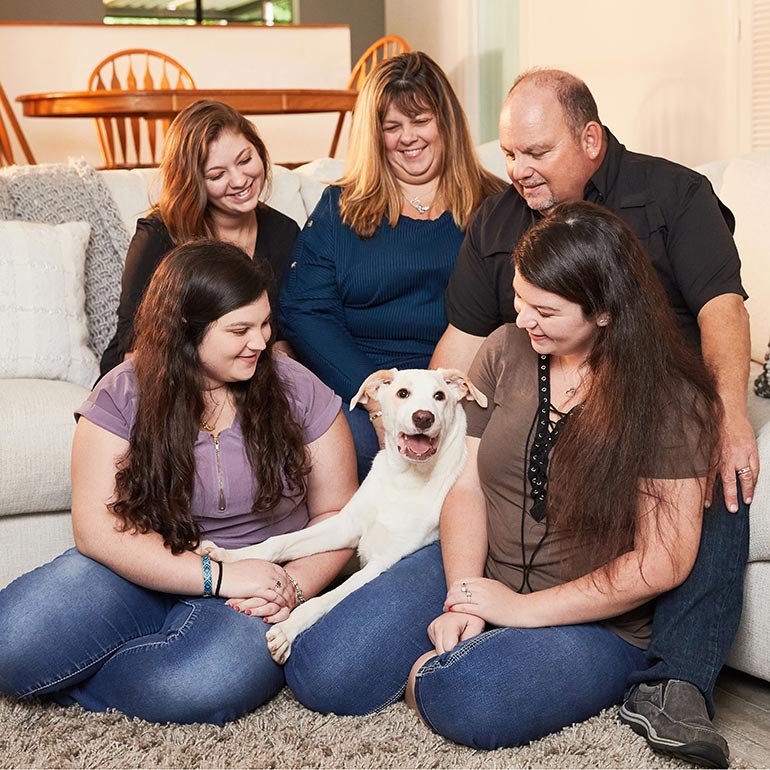 Bloom is also impressed with Barr and Hugh’s progress at home.

“Howard was great! He paid attention to my suggestions and made adjustments to increase the odds of success,” Bloom says. “I think Hugh did great as well, but it’s really Howard who deserves the credit.”

Although each dog’s potty-training needs are unique, Hugh’s schedule is a common one for successfully potty training your dog.

“As a general rule, if you take the dog out to potty every half hour during the daytime, and supervise closely and confine at all other times, you’ll be on the right track,” Bloom says.

If you are potty training an adult dog, time is in your favor.

Bloom provides some words of wisdom to get you started on your dog’s potty training journey: