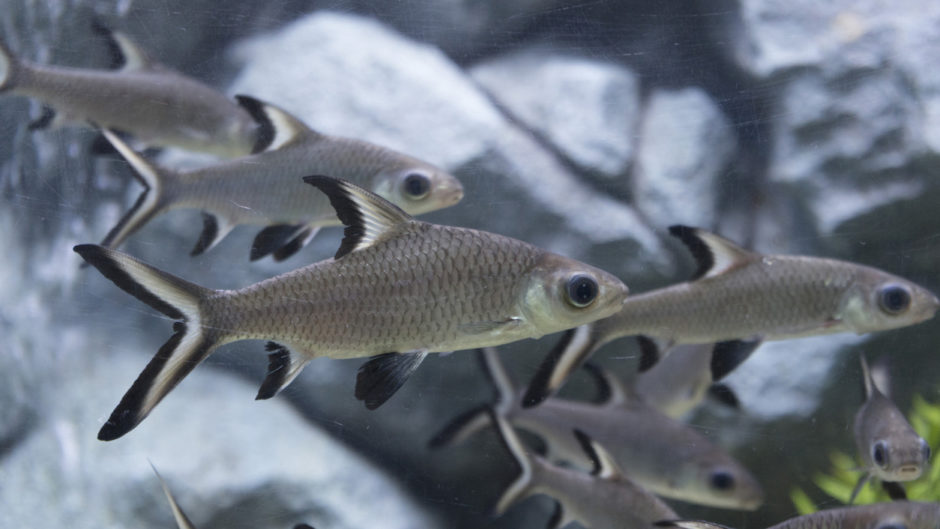 We live in a turbulent world in which dangerous weather (floods, rainstorms, windstorms, snow and ice storms, etc.) seems to be occurring more often and getting worse. Major storms can have devastating effects on property — including your aquarium.

Fortunately, for most of us, the worst result of bad weather is a short power outage. It’s inconvenient for us but is perhaps more serious for aquarium fish because they depend on filtration, aeration and heat from devices powered by electricity. The climate zone you live in and time of year also affect the welfare of your fish while the power is off. There are ways to help prevent or reduce fish loss during and after these storms with a little planning.

The two most important considerations for your aquarium are temperature and dissolved oxygen. The goal is to prevent a significant shift in temperature and to maintain enough dissolved oxygen in the water to sustain the fish. By far, the best option is to have a generator powerful enough to run all of the aquarium’s equipment. Of course, the cost of a generator has to be weighed against the cost of completely replacing all of the animals in your aquarium, many of which may have reached adulthood during their time in your tank.

For most people, the alternative is some towels, sheets of styrofoam and one of those handy battery-operated air pumps often available in aquarium stores or tackle and bait shops. Other things to have on hand are extra airstones, air line tubing and batteries. A flashlight with fresh batteries will be needed, as will test kits to monitor water quality for the duration of the power outage.

Your husbandry skills can have a significant impact on how well your fish survive a power outage. Maintaining a successful aquarium involves proper stocking levels, regular filter maintenance, water changes and water quality testing. By keeping fewer fish, both the decline in dissolved oxygen and the rise in toxic ammonia will be slower when the filtration system is not running. If water quality and chemistry (such as ammonia, nitrite and pH) are correct, you don’t have to worry about water quality immediately after a power outage.

The first thing to do is get the filter running again. Before plugging it back in, empty the filter body of any old water that may be still inside and give it a quick rinse. Some detritus may have settled, and you don’t want to pump it into your tank once the filter is started again. Return all media to the filter, prime it with new water and plug it in. This is where regular maintenance of your filter is important, such as cleaning any impellers and impeller housings (impellers are a part of a filter that pulls water into the filtration system). Clogged or dirty impellers often fail to restart once the filter is plugged back in or the power comes back on. Make sure any heaters are operational again, as well.

Most likely (depending on the duration of the outage), you will need to do water changes until the filter catches up with the accumulated wastes. Test for ammonia, nitrite and pH to see what is going on, and then take the appropriate actions. If possible, try not to feed your fish for another 24 hours after the power comes back on or until water quality is normal again. Then start feeding in smaller amounts than usual until all is well.

Unfortunately, with this type of stress on fish (especially a drop in temperature), ich can show up, even up to two weeks later. Monitor the health of your fish closely for the next few weeks, and be prepared to medicate if necessary.

Aquarium fish can be remarkably resilient. With a little planning and preparation, there’s no reason you can’t expect to still have all your fish when the lights come back on!

Most people have plans set up for with their families in the event of an emergency. Why not plan to keep your fish safe? Do you know what to do with your aquarium if the power suddenly turns off? Most power outages are short-term, but all outages have the potential for being longer. The best approach is to assume the worst until power is restored. If you follow the following four steps, your fish should make it through even the worst power outages.

Temperature. The first consideration is water temperature. Without electricity, it can be difficult to heat or cool an aquarium, so the important thing is to try to slow down any changes in temperature. If you’re trying to keep the aquarium warm, keep the lid closed and wrap the tank with towels or sheets of styrofoam to prevent heat loss. Smaller tanks will lose heat quicker than larger ones. If you are lucky and the aquarium is in a room with either a gas or wood-burning fireplace, take advantage of that.

If the tank needs to be kept cool, you can slow the heating process by keeping the aquarium lids open and floating a small amount of ice in the tank, and replacing the ice as it melts. Place the ice in a plastic bag to contain the melting water and to avoid diluting the salinity of brackish or marine tanks.

Oxygen. Next, maintain the level of dissolved oxygen in the water by providing some kind of aeration to the aquarium. The easiest thing to use is a battery-powered air pump with an airstone; or if the pump is strong enough and you have air-driven filters or airstones already in the tank, temporarily replace the electrical air pump with the battery-operated one. Cooler water holds more dissolved oxygen, and surface agitation promotes the exchange of carbon dioxide and oxygen.

Filtration. The filter gets attention next, with the goal of preserving the beneficial bacteria on the filter media. First, unplug the filter (or filters) from the wall socket. Then remove the media from the filter as soon as possible. Conditions inside the filter, especially canister types that are not open to the air, can go anoxic in as little as four to six hours, depending on how dirty the filter was when the power went off. Rinse the media in some aquarium water and then put it back in the aquarium. As long as you keep dissolved oxygen levels near normal, the beneficial nitrifying bacteria will stay alive.

Leave it alone. Finally, just leave the tank alone and wait it out. If it’s dark, the fish use minimal dissolved oxygen. If the power remains off for days, or even a week or more, avoid disturbing the fish as much as possible, which also means no feeding. Most fish are easily able to go without fish food for a week, if necessary. If the power outage continues for more than a week, consider asking your favorite aquarium store (or the closest one not affected by the outage) if they will consider taking in your fish temporarily until your power comes back on.