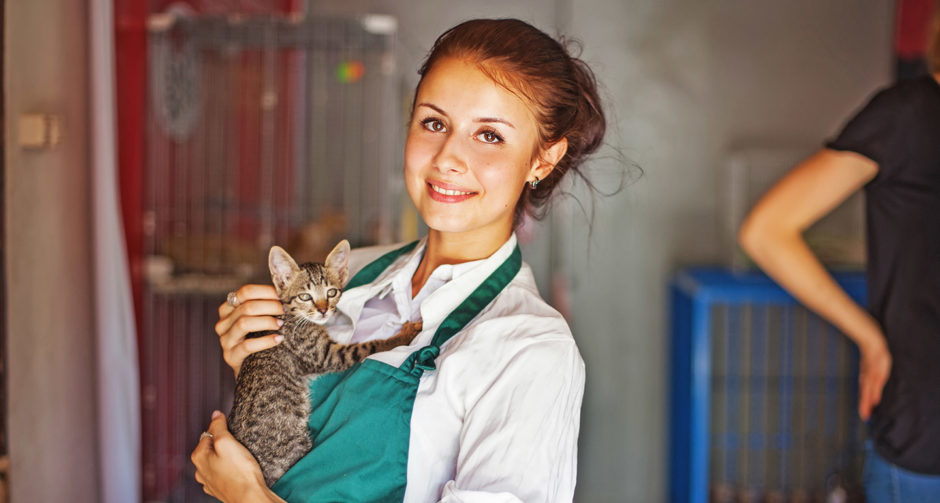 When you think of summertime, you might imagine days spent lounging by the pool, holiday barbecues and family vacations. But for those who work in animal welfare, the change in season also brings more newborn animals and more lost pets, contributing to an overall increase in animals entering shelters—which can lead to overcrowding. And this year, the COVID-19 pandemic could add even more pressure on shelters and rescues.

In May 2019 alone, over 363,000 animals entered U.S. shelters, according to Shelter Animals Count, a national online database of shelter animal statistics. Compare that to February of that same year, when shelters took in just over 234,000 pets—that’s a difference of over 100,000 pets. The summer spike is real.

And here’s the harsh reality: About 1.5 million adoptable animals die in shelters every year due to overcrowding, says David Meyer, chief executive officer at Adopt-a-Pet.com, a nonprofit focused on helping more than 18,000 shelter and rescue partners advertise their adoptable pets for free on their website. That’s because overcrowding often results in financial and medical issues, including increased spread of disease and even euthanizations.

While shelters need our help year-round, summer months are a critical time to support your local shelter. Here’s our guide to what makes summertime such a stressful season for animal shelters—and how can you help your local animal organizations overcome these obstacles.

Why Is Summer So Busy for Shelters?

The summer shelter spike is created by a series of annual events—and this year, there’s an added factor in the mix. Here are a few reasons shelter populations spike in summer:

When the weather warms up, more kittens are born. That’s the basic idea behind kitten season, another name for the summer months during which feral and other outdoor cats reproduce at higher rates, explains Meyer.

And these surrendered litters aren’t exclusive to cats. In states with lower rates of spaying and neutering dogs, the start of summer also marks the start of a very high number of young puppies, pregnant dog moms and dog families entering the shelters every year, according to Allison Seelig, VP of marketing and fundraising for Hearts & Bones Rescue, a nonprofit foster-based rescue based in Dallas, Texas, and New York City. Add that to a decrease in overall adoptions as potential pet parents postpone bringing a new pet home until after their summer vacation, and you’ve got a recipe for shelter overcrowding.

Lots of people love fireworks. Animals, not so much. Loud noises that startle pets—like fireworks, which are popular throughout the summer—are another big reason why so many animals end up in shelters in the summertime. In fact, the day after the Fourth of July, the biggest annual holiday for fireworks, is “one of the largest if not the largest day for shelter intake for the year,” explains Dana Puglisi, chief marketing officer at Adopt-a-Pet.com.

Picture this: You’re hanging out in the backyard with some friends. Your dog (who is typically very calm) is roaming around with you. Suddenly, the neighbors shoot off a firecracker, and your dog darts in fear.

It can happen in an instant, Puglisi says. “Pets hear those fireworks, and they get very, very scared. To them, they have no idea what that [noise] is.” It’s natural for them to try to escape, even if it means running to an unfamiliar place with no idea how to get back home.

Kitten season and Fourth of July fireworks are annual events, and shelters usually prepare in advance for the influx of pets they can bring in. But this year, there’s an additional, unforeseen issue burdening shelters and rescues: COVID-19.

Animal welfare has seen some highs and lows because of the health crisis. Here’s the good news: With so many people across the country staying home due to the COVID-19 quarantine, more people have felt confident in their ability to foster or adopt an animal this year. As a result, the population of pets in shelters took a big dive early this year. Going into summer, those numbers remain lower than you’d normally expect this time of year, Meyer says.

But there’s bad news too. “People are out of work in volumes we have not seen in our lifetime, and as a result, [some] people are either financially unable to care for their pets or they’re not able to maintain the homes they’ve had that have been pet friendly,” Puglisi says. In fact, shelter intake increased 54 percent nationally between April and May in 2020, compared to a 20 percent increase during the same time period last year, says Sara Kent, chief executive officer of Shelter Animals Count.

While overcoming these seasonal patterns might seem daunting, even small efforts can make a big difference for the homeless animal population and those who care for them. “For shelters, an increase in intake may not always lead to overcrowding if the community is actively involved through pet adoption, foster care and other support,” Kent says.

Here are a few ways you can help, according to our shelter experts:

Fostering an animal is one of the best things you can do both in the summer and year-round. It not only frees up space in crowded shelters, but it gives adoptable pets a chance to acclimate to home life away from the loud, overwhelming environment of a shelter. It’s also a helping and heartwarming experience with plenty of benefits for the foster parent. Here’s what it’s like to foster a pet during the pandemic.

If you’re able to make a monetary donation to your local animal organization, now’s the time. These added funds are crucial to shelters across the U.S., particularly those who rely on donations to survive, such as nonprofits, SPCAs, local humane societies and local rescues.

If you prefer to donate products instead of cash, reach out to your local shelters and ask what they need. Some shelters have an online “wish list.” Think of it like a wedding registry, where you can browse the items they need and have the purchase sent directly to them.

In the summertime, kids are out of school and families are looking to spend more time outdoors. That makes summer the perfect time to volunteer at a local shelter or with a rescue. “A lot of local organizations have programs where you can come and walk a dog,” Puglisi explains. “It’s a great exercise for you, but it’s also really great socialization and engagement for the animal.”

“One of the biggest things that people can do to help shelters and rescues is share information about pets on social media,” Meyer says. Simply find an adoptable pet at Adopt-a-Pet.com, for example, copy the URL, and share, share, share on Facebook, Instagram, Twitter and beyond. That one link you share can then be shared again and again, widening the net of potential adopters—often resulting in a successful adoption. Sharing adoptable animals also helps increase awareness for shelter pets and adoption. “It is literally the easiest thing you could possibly do,” Meyer says.

If you’re a pet parent, it’s important to make sure that your furry family member never ends up in a shelter. Proper identification ensures that if your dog does get spooked by fireworks or gets loose during a backyard picnic, they won’t end up in a shelter where they don’t belong.

In addition to being microchipped, “your pet should always be wearing a collar and ID,” Puglisi says. Personalized ID tags should include the pet’s name and an address or phone number where you can be reached. “That will be the No. 1 way you get reunited with your pet.”

If you’re forced to make the gut-wrenching decision to give up your pet, due to COVID-19 job loss or another change in circumstance, Puglisi urges you to consider re-homing your pet, rather than relinquishing them to a shelter. Adopt-a-Pet.com’s re-home program was created to help you do just that. You can set up a profile for your pet, add photos and information about their personality, plus pertinent details on what environments might make the best (or not so great) home for the animal. (Think: no kids, flexible schedules, etc.) You’ll get to meet potential adopters face-to-face and have confidence your loved one is going to a good home. And it works, says Puglisi. “Thus far, it’s prevented more a quarter of a million pets from entering shelters since we launched the program in 2017.”

For now, the stressful summer shelter season is a fact of life. But there are plenty of ways you can support your community shelter and pets in need. So take action by donating, volunteering, sharing information and more. Your local shelters and rescues—and the pets they serve—will thank you.