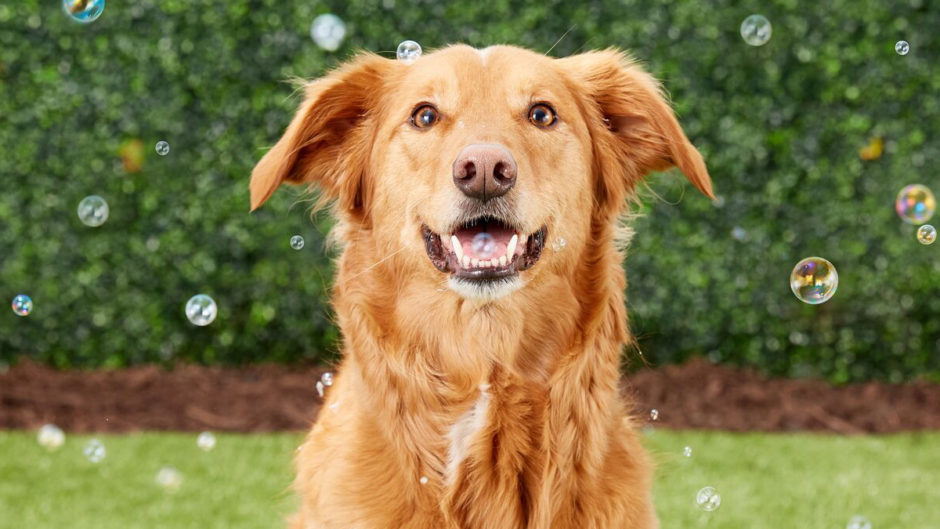 When you think of shelter pets, glitz and glam are two things that probably don’t come to mind. But glamour shots are helping show some Texas shelter pets in a new light—and get them adopted.

Online retailer Chewy has teamed up with Prairie Paws Adoption Center in Grand Prairie, Texas, and Tri-City Animal Shelter in Cedar Hill, Texas, to treat shelter pets to professional glamour shots. The aim is to showcase the pets’ personalities and increase their chances of adoption.

The photo shoots take place in furnished living rooms, kitchens, mudrooms and outdoor settings. Switching from a shelter setting to a home setting is sometimes all someone needs to go, “Hey, that could be my cat! That could be my living room!”

“No matter how good we are at taking the pictures here [at the shelter], [the dogs] are in a kennel and it doesn’t have that homey environment,” says Shelly Meeks, assistant manager at Tri-City Animal Shelter. “The family room setting really helps set the tone.”

Plus, spending the day away from the shelter and in the spotlight gives the animals an opportunity to be captured in a relaxed setting where they feel happy and comfortable.

“I love these glamour shots, and I think that more shelters should have them,” Meeks says. “It helps everything.”

Read on to learn about the glamour shots process and how it has improved animal adoption rates at the shelters.

How Are the Shelter Pets Picked for These Glamour Shots?

In addition to starring in their very own glamour shots, the adoptable animals are featured in Chewy product photo shoots and other studio productions. That means the shelter pets are selected based on Chewy’s photography needs as well as which animals might need the most help getting adopted.

“Overall, I try and focus on appearance and find what animals would suit whatever product and [production] set we are working on that day,” says Grounds. “We also take into account any cats or dogs that have been at the shelter for the longest, as we want to help them get adopted.”

Grounds estimates they’ve worked with more than 150 shelter animals since they started the partnership about a year ago. And there are plenty more opportunities for these adoptable pets to get picked since the studio utilizes animals from both shelters at least two to three times a week.

The studio waits until the very end of the day to snag these photos so the shelter pets can have time to get acclimated and comfortable in the studio environment.

“Most times when the shelter pets arrive at our studio for the day, they are a little timid and nervous, which is totally understandable,” Ground says. “After some TLC and socialization, almost all of the pets open up and show their true colors.”

Ground describes it as being an emotional experience.

“Some of these animals have never set foot on a couch before, or gotten to roll around on a fuzzy rug and get belly rubs,” she says.

What Has Been the End Result?

The shelters post the glamour shots on their social media pages or on their websites as part of the pets’ profile pages to help attract potential adopters. Both organizations reported an increase in adoption rates as a result of these fab photo shoots, especially when it comes to cats.

“People come to the shelter to see specific cats that had their glamour shots taken,” says Thelma Zepeda, a dispatcher at . “We just had a 14-year-old cat get adopted after we posted his photo on Facebook. That is one of my favorite stories.”

Meeks says Tri-City’s shelter has seen about a 20-percent increase in cat adoptions thanks to the glamour shots.

“Right now, we have five cats and last year we had 25 at the same time,” she says.

Thelma Zepeda from Prairie Paws Adoption Center shared success stories about some of the lucky shelter pets who found their forever homes after having their glamour shots taken. Here are their stories.

Leroy came in as a stray in May 2017. He was a very loving and active fellow, but he wasn’t getting much attention from people that were looking for pets. Leroy completed the Dallas Sherriff Department Home for Hound Program where he learned basic commands such as sit, stay, down and roll over. While waiting for a long time to find his forever home, he became one of the shelter worker’s favorite pups. It wasn’t until after his Chewy photo shoot in January 2018 that he got adopted.

This beautiful lady came to Grand Prairie’s shelter as a stray; unfortunately, she was heartworm positive and 6 years old. Due to her age and medical issue, people were not interested in adopting her. She went for her Chewy photo shoot, and when she got back, her attitude shifted for the better. She was so happy to get a break from her dog kennels for the day. A lady came looking for a younger pet, but when she saw how happy Jill was, she decided to visit and take her home. Jill waited two months to get adopted and is now heartworm negative.

Mr. Alley Cat came to the shelter as an owner surrender. An elderly man had inherited his sister’s pets after her passing. He was not able to care for all the pets and was heartbroken to bring the 14-year-old cat to the shelter because he feared the worst. Mr. Alley Cat was overlooked in his kennel by visitors due to his age. After he went to the Chewy photo shoot, the shelter used his picture on Facebook to advertise spring adoptions. A family fell in love with his picture and came as soon as they could to take him home. His family loves him and couldn’t have hoped for a better cat.

Belle was adopted as a puppy, but was later neglected by her owners. She spent most of her puppy life fearful of people while roaming loose on the streets. She also had a neck injury and was heartworm positive. Belle was trapped by an animal services officer and brought in for a second chance. She was fostered by a Prairie Paws Adoption Center supervisor for a couple of months until she became trustful. She was a special case and became a staff favorite. A family saw her picture from the Chewy photo shoot, fell in love and waited at the door the next morning for the shelter to open to meet Belle. She was adopted and is now heartworm negative.

D’Artagnan (known in the shelter as Mickey)

Mickey came to the shelter as a stray in August 2017. He was a little shy in the kennels, so not a lot of people wanted to visit with him. After a long month of waiting, Chewy took him in for a photo shoot. That was when he found his forever home. His new owner, who happened to be a Chewy employee, knew from the very first moment that he looked at Mickey that this shy boy was meant to be in his home forever.