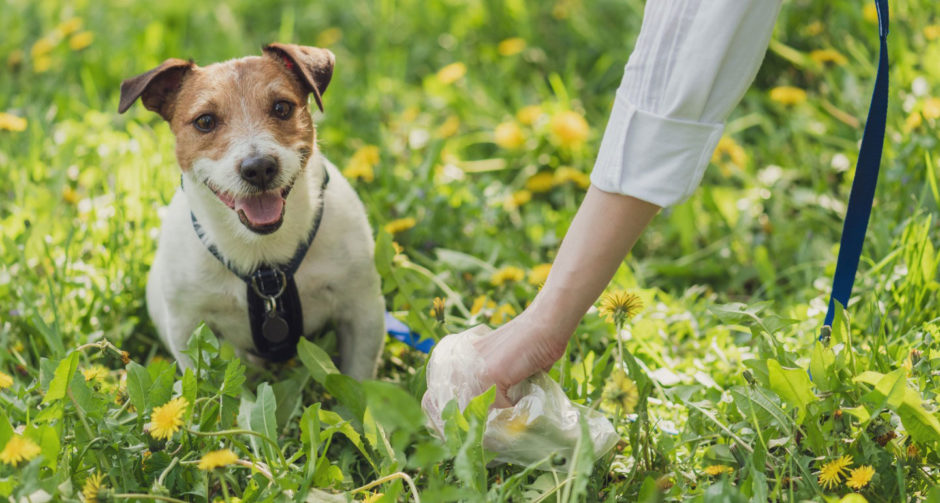 It isn’t something anyone wants to talk about, and yet, you probably think about dog poop several times a day.

After all, poop happens, but chances are you know very little about dog poop. And why should you?

Well, the stuff your dog leaves behind affects his world and yours much more than you might expect. So if you’re brave enough to read on, here are six things you probably don’t know about your dog’s fecal matter. The scoop on your dog’s poop, if you will.

Estimates of the amount of poop American dogs supposedly produce every year vary. It’s hard to tell how much waste, exactly, dogs produce. But one thing is certain: It’s a whole lot.

In 2012, The New York Times stated that 78 million dogs were creating 10.6 million tons of poop a year, and by 2014, Live Science reported that 83 million dogs were depositing 16.6 million tons of poop annually. Meanwhile, the Association of Professional Animal Waste Specialists’ website claims that the nation’s 71 million pet dogs produce over 4.4 billion pounds of dog poop, which translates to “only” 2.2 tons.

If you’ve ever let dog feces remain in your backyard, you’ve probably thought, “well, it’ll fertilize the lawn.” And while you can compost dog poop for fertilizer, it involves keeping the compost in a container away from the ground. In addition, dog poo is a stew of bacteria that can include E.coli and salmonella. Eventually, that bacteria can reach groundwater, contaminating streams, rivers, lakes and beaches.

“The EPA estimates that two to three days’ worth of droppings from a population of about 100 dogs can contribute enough bacteria to temporarily close a bay and all watershed areas within 20 miles to swimming and shell fishing,” says Jacob D’Aniello, founder and president of DoodyCalls, a national pet waste and removal company.

3. Dogs use our carpets as TP.

Those light brown marks on your carpet probably aren’t dirt. That’s right: Even if your dog does his thing outside, he may have brought some of it inside.

“If you ever see a kind of light brown, straight mark on your carpet, it’s probably a ‘skid mark’ from your dog,” says Leslie Reichert, a Boston-based author and speaker who specializes in eco-friendly cleaning.

These marks are a result of your dog using your carpet as toilet paper to remove any leftover fecal matter. As for cleaning those marks, Reichert recommends using hydrogen peroxide to treat the stain. You can also try a pet stain and odor remover, like Nature’s Miracle Oxy Formula.

We all remember Pizza Rat, the determined critter who dragged a slice of pizza down the stairs in a New York City subway station. Unfortunately, pizza isn’t standard rat food fare.

Although it is good that the waste is being eaten, it’s definitely not ideal that dog poop that isn’t picked up will likely attract both rats and mice, D’Aniello says.

5. DNA can help catch people who don’t pick up after their dog.

A company in Tennessee called PooPrints helps communities catch people who don’t clean up after their pets using DNA. In addition, some apartment complexes have begun requiring residents who own a dog to supply a DNA sample so that it can be tested against any waste that isn’t picked up.

And some major cities are even getting into the action. In early 2016, a few London boroughs tried out a pilot program inviting dog owners to register their pet’s DNA.

So make sure you always take poop bags with you when out for walks. Frisco’s poop bags come in a set of 120 bags or 900 bags so you’ll never be caught without one.

6. Your dog’s poop can tell you a lot about his health.

If your dog’s waste is firm, slightly moist and relatively easy to pick up, your pet is likely in peak health, says Dr. Judy Morgan of Clayton Veterinary Associates in Pilesgrove, New Jersey.

If the poop isn’t well formed, your dog may not be digesting his dog food as well as he should. In addition, if there are worms in the stool, or if it’s black or tarry, your dog should be seen by a vet, Morgan says, adding that one of the hazards of being a veterinarian is looking at a lot of dog poop.

“I receive pictures of poop in my inbox on a daily basis,” Morgan says.

Learn more about what your dog’s poop should look like.