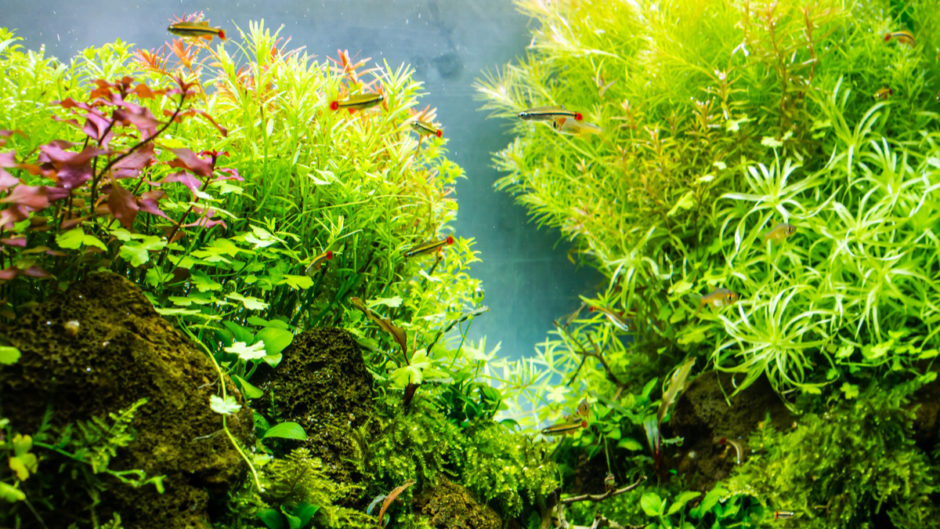 Few fishkeepers haven’t had to deal with ich at some time or another. Ich is caused by a single-celled organism called Ichthyophthirius multifiliis.

Ich infections are revealed by small white cysts on the skin and fins, similar in size and color to salt grains. Cysts on the gills irritate the tropical fish and cause it to scratch against solid objects.

Freshwater velvet is similar to ich, but caused by a different protozoan, Piscinoodinium pillularis. The velvet cysts are smaller, more like powdered sugar, and have a distinct yellowish color.

Ich parasites burrow into the skin and gills, feeding on tissue fluids. As they mature, they form the cysts. At maturity the cysts burst, releasing free-living cells into the water.

Infected skin and gill tissue eventually die. Where the cysts have burst, secondary infections can set in, weakening the host fish further.

The first stage is the feeding stage. Parasitic cells known as trophonts or trophozoites consume tissue fluid and grow. The characteristic white spots visible on infected tropical fish are the cysts that form around these cells.

After a certain period the trophonts burst open and the free-living tomonts enter the water.

Tomonts settle onto solid objects and form capsules. Within each capsule, the tomont undergoes rapid cell division to produce hundreds of infective theronts.

Finally, the capsule splits open, and the theronts swim about looking for a host. The theront is viable for about one day, after which time it dies. Should a theront find a host, it will burrow into some suitable tissue and change into the feeding trophont stage. The life cycle is ready to start again.

The duration of the life cycle depends on temperature, ranging from three days at 75 degrees Fahrenheit to more than a month at 50 degrees.

Only the free-living tomonts and theronts are subject to medication. These are killed either by using suitable poisons, such as copper, or by creating conditions of high temperature and salinity that they cannot endure.

Because each generation multiplies the number of ich parasites in the aquarium hundreds of times, it is important to treat promptly. Even if you can see just one or two ich parasites, a potentially lethal epidemic may be just days away.

Used as instructed, ich medications will not harm aquatic plants or filter bacteria. Raising the water temperature a few degrees speeds up the ich life cycle, getting the ich parasites to reach their vulnerable free-living stages more quickly. If you intend to raise the temperature in your aquarium, make sure the tropical fish will tolerate those changes and provide additional aeration if required.

Note that activated carbon removes most medications from the water, and cannot be used in aquariums being treated for ich.

The free-living tomonts and theronts cannot survive in water with more than a trace of salt. By increasing temperature and then raising the salinity of the aquarium, it is possible to eliminate ich without using medications harmful to delicate livestock, such as clown loaches and elephantnoses.

The water temperature needs to be raised to at least 82 degrees and as high as 86 degrees. Salt is added to the water to raise the salinity to about one-tenth that of normal seawater.

Do not add the salt directly to the freshwater aquarium. Instead, make up a brine solution in warm water with 2 to 3 teaspoons of salt per gallon; so, if you are treating a 20-gallon aquarium, dissolve 40 to 60 teaspoons of salt into a jug of warm water. Over the next few hours, add the brine to the aquarium in stages, giving the tropical fish time to acclimate to the elevated salinity.

It normally takes at least a week for this method to work, at which point you can do a series of water changes to gradually lower the salinity back down to normal.

Ich is commonly introduced into aquariums via new livestock. The value of quarantining new tropical fish cannot be overstated, especially where delicate livestock, such as stingrays, are concerned. Aquatic plants and live food that have been exposed to free-living ich parasites in the preceding days are another potential source of infection.

Tomonts and theronts can hitchhike between aquariums on wet objects including aquatic plants, buckets, and tools such as nets. Take steps to prevent this from happening, and ensure you wash your hands after working on an infected aquarium.