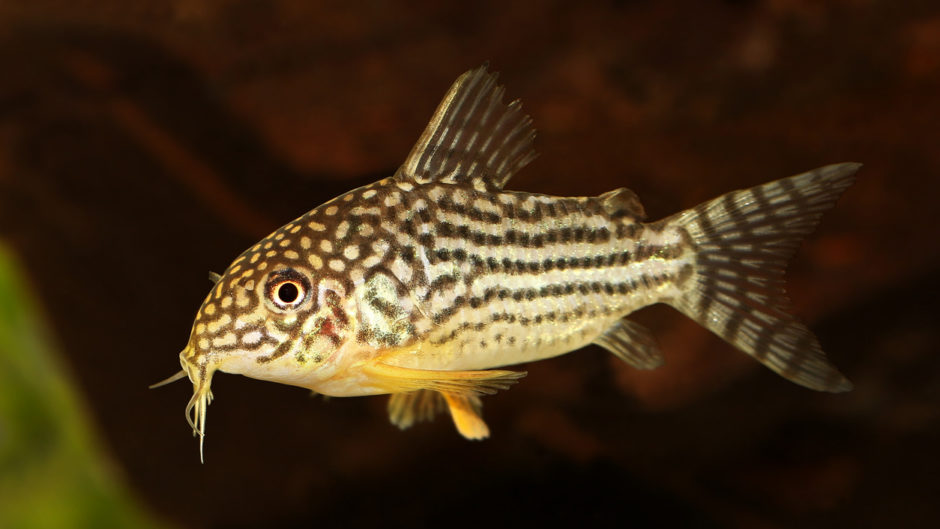 Maturing a new freshwater aquarium with fish isn’t recommended, but if it must be done, do it properly.

Why Cycle with Fish?

If you made the mistake of buying an aquarium and fish on the same day, cycling with fish may be the only option.

The best fish for cycling a new freshwater aquarium are hardy minnows, such as danios. Besides being robust, these fish are also lively and constantly on display. Because they are so active, it makes it easier to spot signs of disease and anomalous behavior. Happy danios will be swimming about in midwater, greedily consuming whatever small amounts of food you give them. Stressed danios are skittish, disinterested in food, and often appear to be breathing heavily and may even gasp at the surface if conditions are really poor.

Other fish suitable for cycling a freshwater aquarium include nonfancy guppies, Corydoras paleatus, C. aeneus, X-ray tetras, pupfish and some of the hardier labyrinth fish, such as banded gouramis and paradisefish. In coldwater tanks, small goldfish work well, but fancy varieties are best avoided in favor of the hardier comets, shubunkins and standards.

Fish should be fed sparingly, preferably one small meal every other day, while you are cycling your freshwater aquarium. Take great care to not overfeed your fish, and remove uneaten food from the aquarium.

At minimum, you will need a nitrite test kit. Initially the nitrite concentration will be zero, but within a few days, it will rise to 1.0 mg/l or more. After a few weeks, the nitrite concentration in your aquarium should drop down to zero (an indicator that the cycling process has finished). In a freshwater aquarium, the whole process typically takes around 4 to 6 weeks.

An ammonia test kit is not essential but is certainly very useful for cycling your freshwater aquarium. Ammonia is highly toxic to fish, even more so than nitrite, so keeping track of ammonia concentration will help you manage your livestock through this critical phase.

Ideally, you would test your aquarium water on a daily basis. But if this is impractical, testing for nitrite every two to three days is acceptable.

Because of the potentially dangerous amounts of ammonia and nitrite, regular water changes are essential. The aim is to keep ammonia below 0.5 mg/l and nitrite below 1.0 mg/l. Ideally, there should be less than half these amounts. Should your test kits reveal amounts above these levels, a water change will be required.

As a ballpark estimate, plan on doing 25-percent water changes at least every other day. Bigger and more frequent water changes will be even better, but take care not to expose your fish to dramatic changes in temperature or water chemistry.

At very low concentrations, sodium chloride (0.4 oz/gal) reduces the toxicity of nitrite and can help freshwater fish get through the critical first few weeks of aquarium cycling. Unless you are keeping brackish fish, use aquarium salt rather than marine salt mix. Otherwise the hardness and pH of the water will be altered, as well. After the aquarium has cycled, discontinue the use of salt; long-term exposure to salt can be stressful to freshwater fish, even if its short-term use is beneficial.

Speeding up the Process

Adding a source of filter bacteria will speed up the aquarium cycling process, but contrary to popular belief, adding water from a mature aquarium won’t have a dramatic effect. Almost all the filter bacteria in an aquarium are living on solid objects and not floating about in the water. Mature aquarium filter media is ideal, but a few scoops of gravel from an established aquarium will work almost as well.

On the other hand, introducing anything from another aquarium runs the risk of bringing in pests and diseases. Snails will often be introduced with gravel, and the free-living stages of some parasites (notably ich and velvet) can be introduced via gravel or filter media.

Filter bacteria will also be introduced to the aquarium on the surfaces of plants. Under bright light conditions, thriving plants can moderate conditions by extracting ammonia directly from the water, using the ammonia as a source of nitrogen for protein synthesis.

So even if you intend to cycle your aquarium with fish, it’s a good idea to plant the aquarium first. Alongside your slow-growing specimen plants, be sure to include some fast-growing species, as well. Vallisneria and Hygrophila are old favorites for this kind of thing, but floating plants, particularly Amazon frogbit and Indian fern, also work extremely well.

The biggest problem when cycling aquariums with fish is that the fish get sick because of their exposure to dangerous amounts of ammonia and nitrite. Fin rot is a common problem, though other diseases, such as fungus and dropsy, may be observed, also.

Naturally, prompt treatment is important, but it is also critical to perform water tests and increase the frequency of water changes. Unless you understand the water quality problem and then take the necessary remedial action, any attempt to treat your fish will be undermined by the chronically poor environmental conditions.