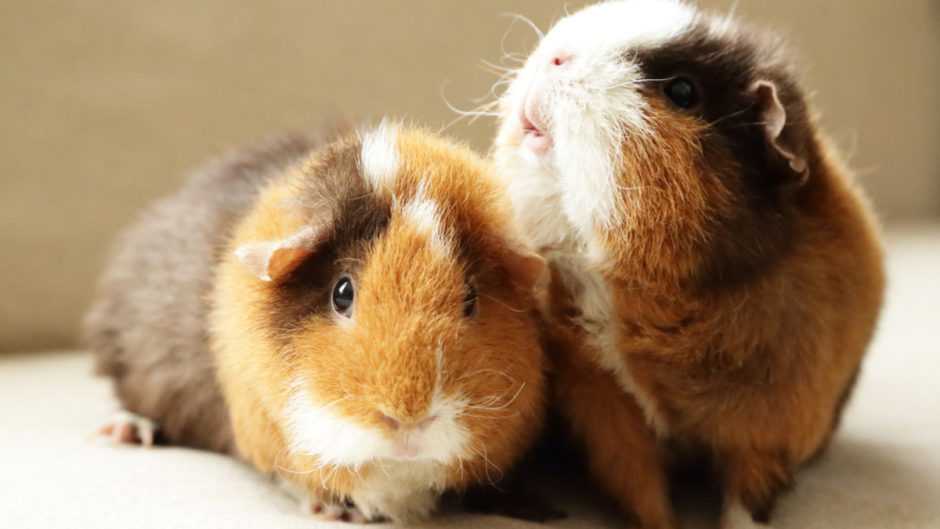 I have two male guinea pigs (brothers) that I bought when they were young. They have lived together for a long time. One of them is larger and more dominant, and sometimes he tries to mount the other one. I’m not sure, but I believe this is causing them to fight. It’s pretty violent but it doesn’t last long, however, I’m afraid they will hurt themselves flying around the cage like that. Should I get one or both of them neutered?

Unfortunately neutering does not change the demeanor of guinea pigs as it might with other animals. Even if you were to have one or both guinea pigs neutered, this behavior would only continue when they where returned to the same cage.

The nature of the fighting, even if it occurs in short scraps, only intensifies as time passes. Even guinea pig littermates might fight each other until one is seriously injured or dead. Separate guinea pig cages , even set side by side, offers a much healthier environment.

It’s difficult to determine whether guinea pig males will get along with each other. For a first introduction, place the guinea pigs in a clean area that neither has claim to. Expect them to pace around each other and sniff under each other’s chin or bottom. This possibly is a way for them to determine the friendliness of the other guinea pig. It is almost as if they are saying, “Hi, what is your ranking in the herd?” Not unlike dogs.

After this, guinea pigs usually move to what is called the “Purr, Rumble, Strut.” One male circles the other while purring, rumbling and shaking his back end on the balls of his feet. Moving closer, he attempts to rub his scent on the other guinea pig from a scent gland located at the back of his bottom. Sometimes this gland is visible by a greasy substance that is secreted just above his bottom or about where a tail would be if a guinea pig had a visible tail.

Guinea pigs will then attempt to mount each other in a dominating posture. If one of the males allows the other male to do this and leave when he’s done, then the pair can likely be housed together. But there are no long-term guarantees.

If the guinea pigs are not separated at this point, a brawl begins. The fur flies, the bedding flies, and they become a whirl of flying fur, feet and teeth.

Keep a towel or gloves handy during introductions. If things go wrong, you can reach in with your hands protected. When guinea pigs reach the point of fighting, they do not pay attention to who is where and they may accidentally bite the hands that feed them. Ideally things would not be permitted to get to this point.