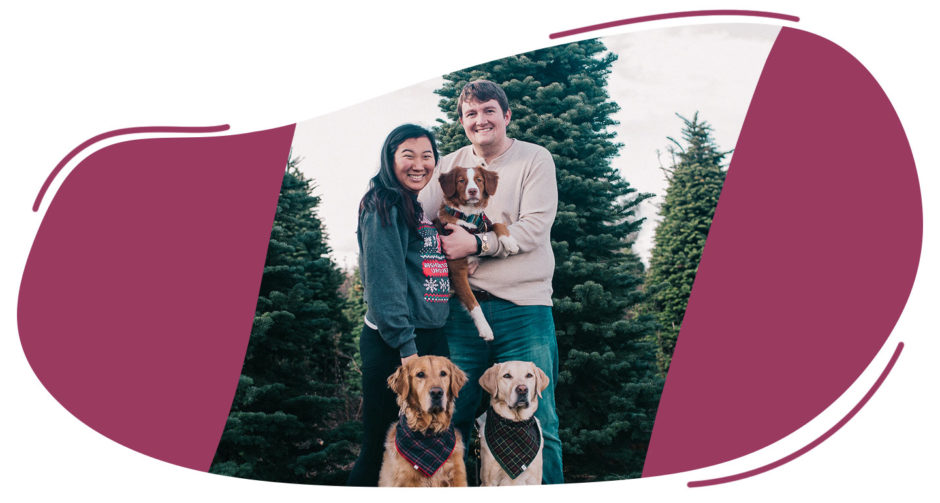 Ever since she was a child, Hana Kim had always wanted to raise service dog puppies. Her parents, however, weren’t interested in having dogs. So, she put the idea on the back burner for years. It wasn’t until Kim had grown up and gone off to college that she finally had the opportunity to be a volunteer puppy raiser for the service dog organization Guide Dogs for the Blind.

That organization, it turns out, wouldn’t just lead her to one of her future fur babies. It would also introduce her to her future boyfriend, Jared Brickman. And one pup in particular—who would never become a guide dog, but played a large role in bringing the couple together. 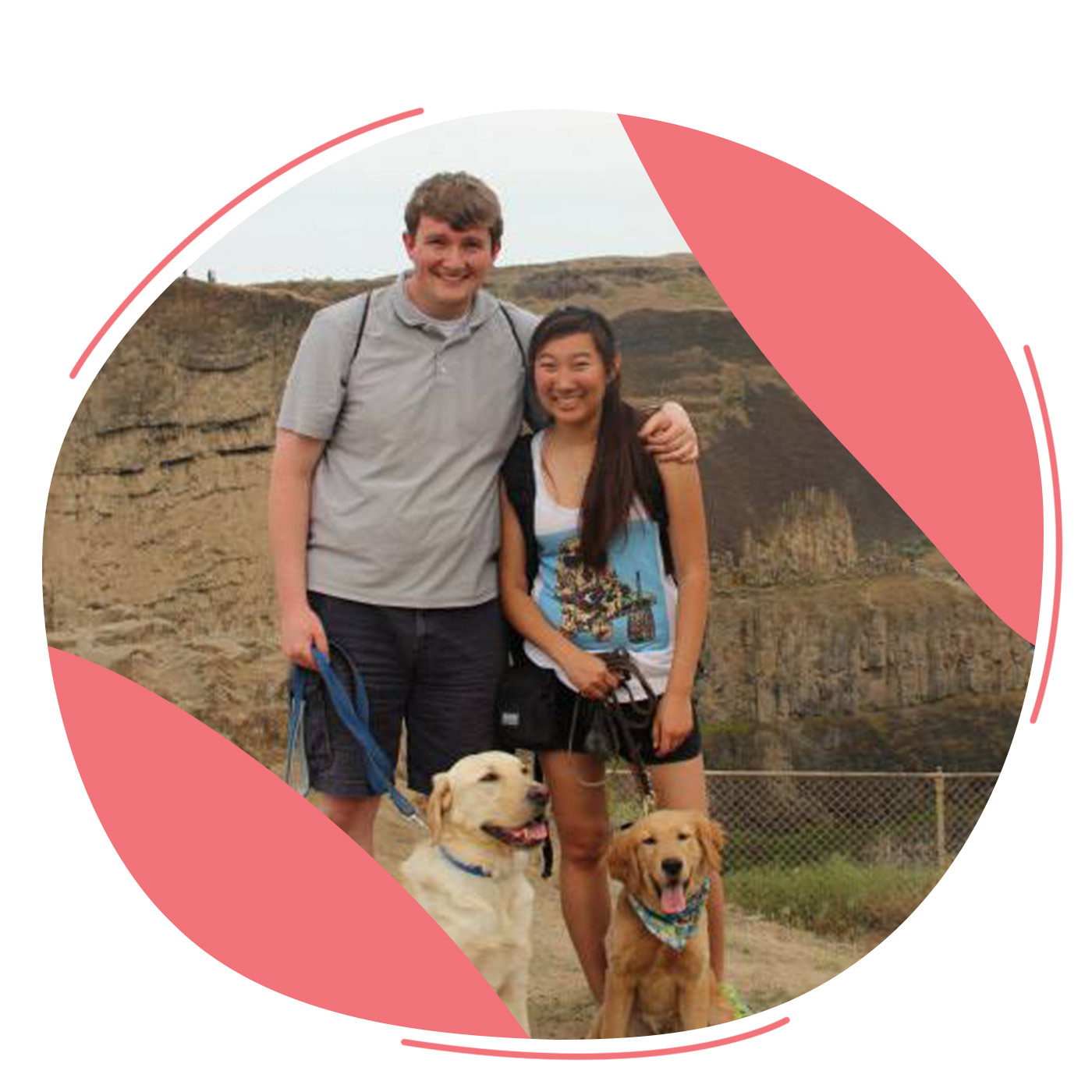 From Guide Dog In Training…

This cute couple story starts in 2014, when Kim and a friend became “puppy raisers” for the Pullman, Washington chapter of Guide Dogs for the Blind. Their job: to be foster parents to a precious pair of pups, before they began their formal training to become guide dogs for the blind and visually impaired. Kim received a 6-month-old yellow Labrador Retriever named Amarillo from the organization, while her friend took charge of Amarillo’s brother and littermate, Aslan.

“They looked exactly like twins to the point where one time I grabbed Aslan instead of Amarillo,” Kim says of the two yellow Labs. “They were both very mellow dogs who loved to cuddle and sleep.”

Besides serving as cuddle buddies to Aslan and Amarillo, Kim and her friend were tasked with teaching the puppies basic manners and socialization. (Guide Dogs for the Blind’s “puppy raisers” usually foster dogs from about 8 weeks old through the first year of their lives.)

In February 2015, Amarillo and Aslan were to return to Guide Dogs for the Blind to begin their formal guide dog training. Unfortunately, neither passed the health evaluation—which can happen due to even mild aliments such as allergies. “About 50 percent of the dogs pass,” Kim says.

Released from their service dog training, it seemed that a career change was in order for the pair of pups, from junior service dogs to beloved family pets.

“Since Amarillo had bad knees, he became a pet dog to a local family as I could not adopt him at the time,” Kim explains. “Aslan had signs of cataracts in his eyes and got adopted by my friend’s friend, Jared.” 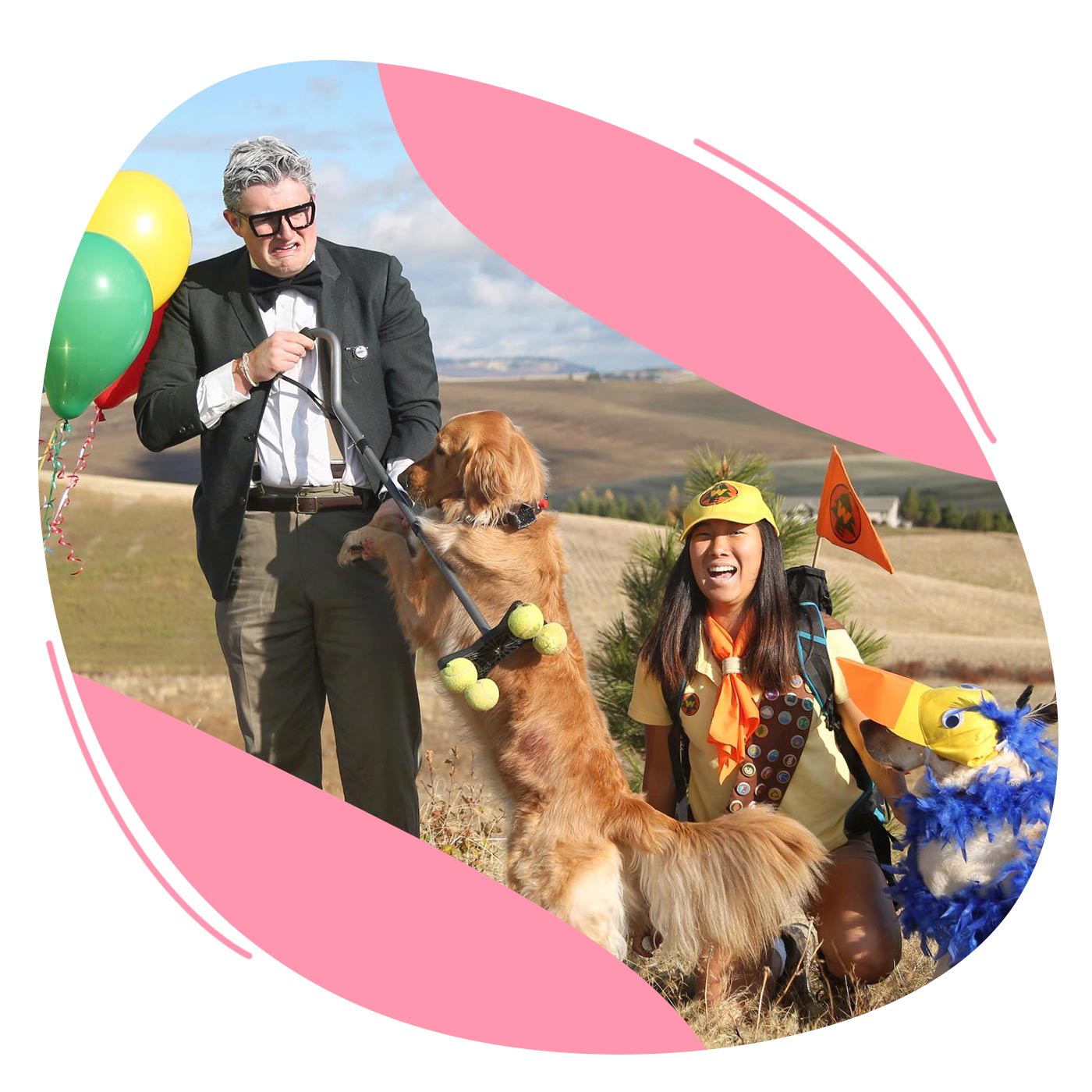 Little did Kim know, though, Aslan, the career-changed guide dog, would soon reenter her life—and change it forever.

Not long after adopting Aslan, Jared Brickman—who was studying for his Ph.D. at Washington State University — began bringing Aslan to the puppy raisers’ meetings to socialize and keep up with his obedience training.

“Since I missed Amarillo, I asked Jared if I could play with Aslan since the two dogs were basically twins,” Kim says.

She and Brickman went on a walk with Aslan, as well as Kim’s new guide-dog-in-training, Lombard.

That walk was their official first date.

“I think I paid more attention to [Jared’s] dog than I did [to] him,” Kim remembers. “We walked around campus and he told me all these random facts about our college and I kind of thought he was a nerd. But we chatted a lot and connected and wanted to keep talking.”

“We Call It Fate”

That walk turned out to be much more than a walk. In April 2015, Kim and Brickman started dating.

“We probably never would have talked to each other or known who each other [was], but our love of dogs … brought us together,” Kim says. “So we call it fate that Aslan was not meant to be a service dog. His purpose in life was to bring us together.” 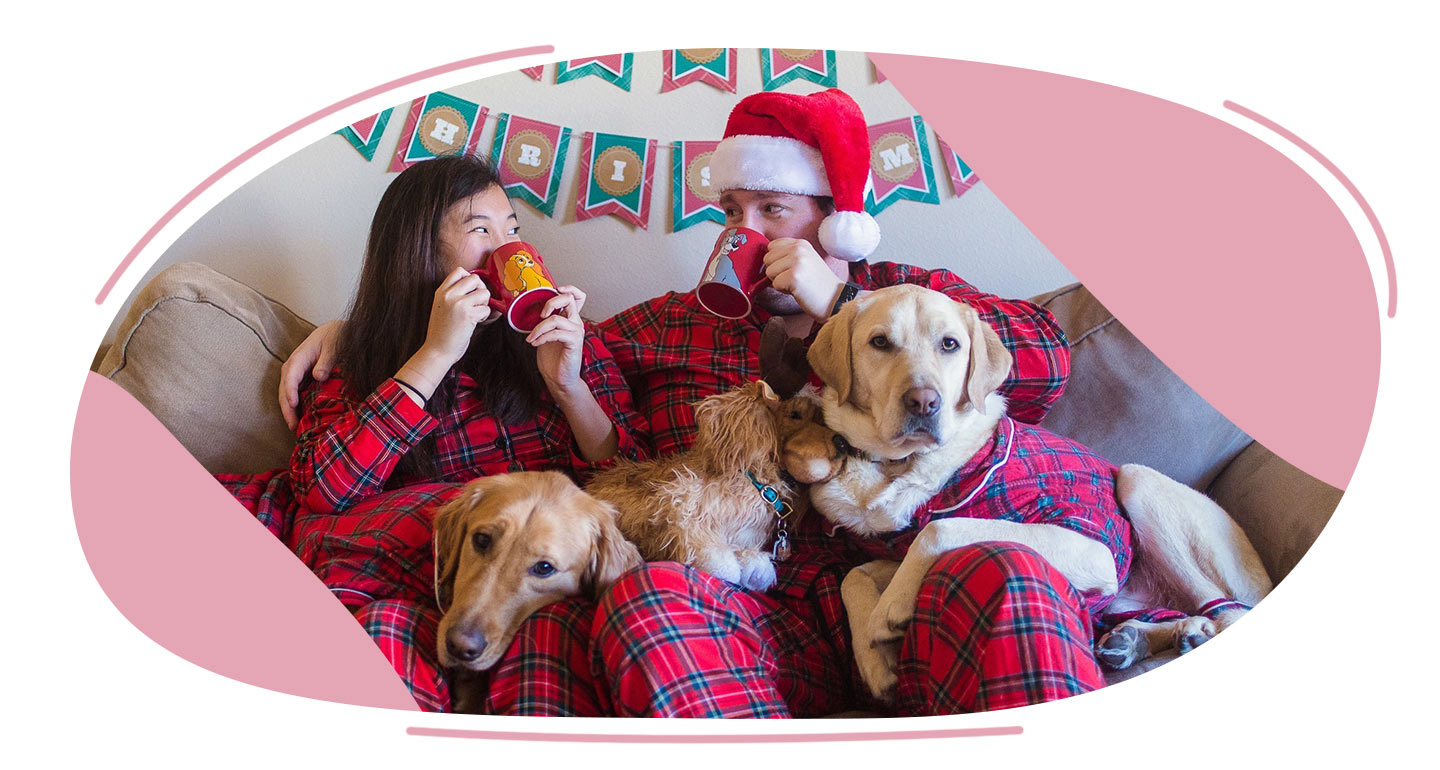 Almost five years later, Kim and Brickman have grown their family to include Golden-Retriever-mix Lombard (renamed Gumbo), who, like his brother Aslan, didn’t make it to guide dog training, as well as Maple, a Nova Scotia Duck Tolling Retriever. The couple also raised another dog for Guide Dogs for the Blind, who went on to become a breeding dog for the program.

And as if this couple’s story couldn’t get any cuter, Kim and Brickman recently got engaged, with Jared popping the question as their pups ran around them!