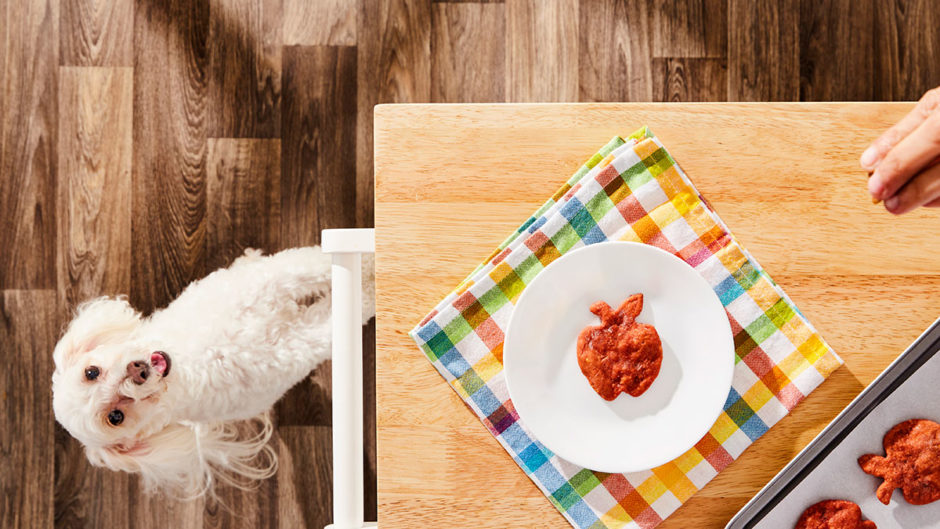 Beat the back-to-school blues with a DIY dog treat for your furry companion. These apple-shaped dog treats are easy to make and are a perfect way to show your dog he is the apple of your eye.

Is your pup a health nut? Well, he’ll be glad to know that each treat has real apple mixed in for a dose of vitamins to keep your star pup on his A-game all day long.

If your very good boy is ready to graduate to teacher’s pet, pull out your baking utensils, follow this recipe and serve him one of these delicious, homemade dog treats.

Make sure to give one apple dog treat to all the four-legged students in your life!

Samantha and Charlie are the proud dog parents of Royce, a French Bulldog rescue who loves cuddling on the couch and literally anything he can sink his teeth into. Samantha is the web editor for Chewy’s three digital publications—petMD, Pet Central and ReptilesMagazine—and Charlie is a professional chef with a degree from the Culinary Institute of America. This dog-loving couple combined forces to bring the Chewy community culinary delights tailored for your canine companions.