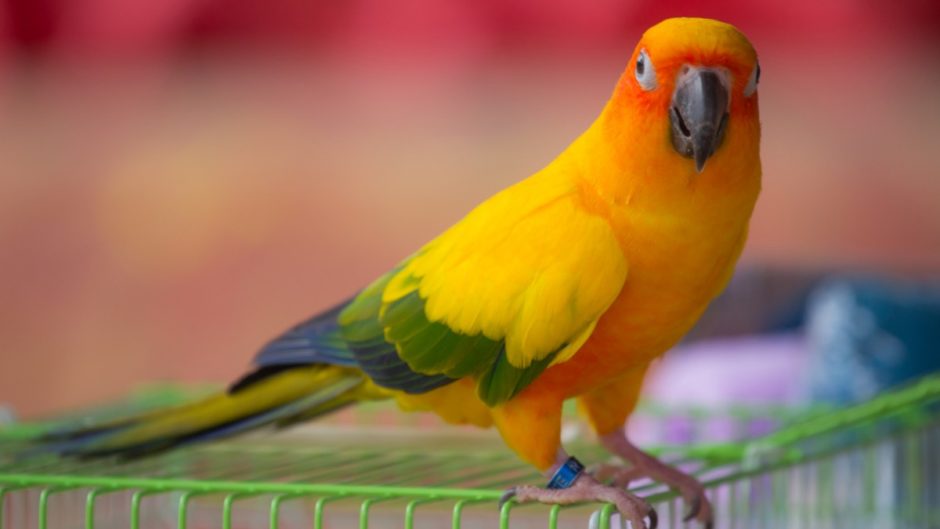 Everybody wants a parrot that talks, but those who love parrots remind us that, in the range of all the gifts parrots give, the ability to talk is just the icing on the cake. Conures are not the best talkers of the parrot world, but they are also far from the worst. It’s quite typical for a conure to say at least a few words, and some individuals have much larger vocabularies. However, when you ask conure owners about their birds, they are likely to first describe the conure’s, energetic, fun and affectionate nature long before they get around to talking ability.

An informal survey at Talking-Poll, which provides a glimpse into the range of conure vocabulary. More than 80 percent of the conures included in the poll talked at least a little. The Aratinga conures (cherry-headed, white-eyed, half moon, and others) seem to have the edge, taking the top spots in terms of average vocabulary. Male conures seemed to have a slim lead in overall vocabulary.

Members of the Aratinga conure species, in addition to their bright coloration, also have attention-getting voices that even their biggest fans often describe as “ear-splitting.” The more subtly-colored Pyrrura conures, such as the green cheek and maroon belly, possess a lower decibel level and fewer words; however, in the conure talking poll, it was a quieter and less showy green-cheeked female conure that won the prize for the individual bird with the largest vocabulary.

Conures speak in their own style. When an African grey parrot speaks, it reproduces voices so well that you might swear your mother-in-law is in the room with you. But when your conure speaks, you know you’re listening to a bird. Visitors who are not used to being around birds might not even realize that they are hearing speech until you point it out.

While a conure’s human vocabulary might be limited, the bird can be a talented sound-effects artist, mimicking common household or human noises, such as laughter, sneezes, or other, less-polite sounds. Some nanday conures reproduce the tone and timbre of human conversation without producing actual words, much the way human babies “jargon” while gearing up to attempt actual speech. The birds might carry on this babbling running commentary while you are speaking to others face to face or over the phone: endearing, if a little distracting.

Talking to your bird is the best way to encourage it to talk to you. Just as babies wouldn’t learn to speak unless they were spoken to, your conure will want to converse with you in your language; so commenting matter-of-factly on treats, toys, or whatever your bird is doing, provides the input for your budding talker. Of course, don’t be surprised if, instead of greeting you with the friendly word you have intentionally been repeating to it for weeks, your bird instead shows off a phrase that you didn’t even realize you used at all until you heard it drop proudly from your conure’s beak.

Enjoy your bird regardless of its talking ability. lf it’s a conure, it’s bound to be energetic, fun and full of personality, whether it chatters your ear off or if it doesn’t say a word.