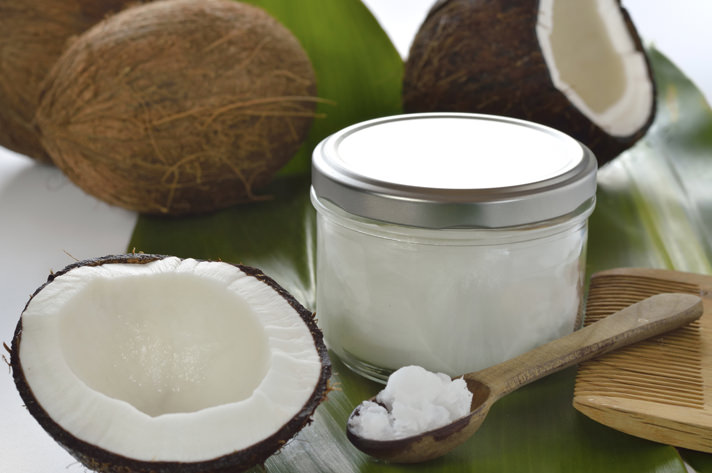 “I’ve been hearing so much about the use of coconut oil in people to help prevent Alzheimer’s, would it be something safe for me to give to Patches?” Mrs. Waterman asked me this during the annual exam visit for her 16-year-old cat.

For many people, coconut oil is considered a panacea — a “cure-all” that works for just about any condition. The reality of the situation is that the old saying is accurate — if it sounds too good to be true, it probably is. However, this doesn’t mean that coconut oil doesn’t have some uses and benefits, but it also has side effects. Just like any drug, you need to be informed of both the pros and cons.

Do Your Homework On Everything

Whoa there, what was that? Drug? What? Coconut oil is natural, and that is why so many people are using it, right? If you’re thinking this, you’re probably wondering why I just called coconut oil a drug. Let’s start with the definition of a drug. A drug is any substance that, when taken into the body, alters the body’s function either physically and/or psychologically.

We take supplements because we want to alter the body’s function, right? Otherwise, why would we take them? So, although they may be “natural,” “organic” and “non-synthetic,” it doesn’t make them any less a drug. And any drug has the potential of both positive effects — and negative. This is true whether you are taking a supplement, an herb, a homeopathic formula, an essential oil or coconut oil. If it is “strong” enough to cause an effect in the body, that effect could be positive or negative. So it’s not clear-cut to say that “synthetic drugs” are risky and “organic drugs” are safe: You must be sure to be an informed consumer.

What We Know About Coconut Oil

So, how does coconut oil fit into this picture? We really do not know for sure. The actual research on this issue is fairly limited, and centers mostly on non-feline species, particularly on rats. Anecdotally, however, it has been used both in cats and people for many years, so there is some practical information on which you can rely.

1. Help For Dogs: Its most exciting use is likely of no interest to cat owners, although it may interest dog owners. There is some indication that coconut oil may help slow the deterioration of the brain in Alzheimer’s and similar conditions (known as cognitive dysfunction in dogs). This effect may occur because coconut oil is a medium-chain fatty acid, which may be capable of providing fuel to an insulin-deficient brain, a problem than can occur in these degenerative brain conditions. As cool as that may be, our cats fortunately do not suffer from these types of conditions, so for the purposes of this article, this information isn’t too useful.

2. Help For Skin: There are, however, some other potential uses, particularly when we are considering topical (on the skin) uses. Multiple studies have shown that coconut oil has antimicrobial effects, particularly against the most common problem bacteria of the skin, Staphylococcus aureus. It also has the potential to work as an antifungal against Candida albicans, and may have an antiviral effect as well. So, if your cat has a skin infection, it may complement (but not replace!) the cat antibiotics your veterinarian sends home. In rats, it has also been shown to act as an antioxidant and to speed wound healing. This means that if your cat has a sore on the skin, using a thin layer near the edges of the wound (not in the wound) may help — but, as always, there are exceptions to this rule, so ask your veterinarian for advice before using it!

Coconut oil works wonderfully as a moisturizer. This is also the case for cats with dry skin, and all of the benefits listed so far may carry through to help some cats suffering from skin allergies.

Obviously, as many of you are probably thinking, cats will be cats — and anything you apply to her skin will just be licked off, correct? And yes, you are right — that is the major setback when trying to use coconut oil topically in cats. Not only will it likely be groomed off as fast as you put it on, but your furniture and rugs may get decorated with greasy stains. And to make matters worse, coconut oil causes diarrhea in many cats, so the litter box may also see more than its fair share of decoration as well!

3. Help Internally: There have been some reports of using coconut oil to try and treat inflammatory bowel disease in cats. Although some veterinarians are reporting success, others have had some problems with this approach. First, it appears to be unpalatable, meaning that the cats simply don’t like it. And if you are putting it in your cat’s food, this could mean that she isn’t eating as well as she should. If you are trying to give it “down the hatch,” you may wind up applying that coconut oil topically to your own wounds! Worse yet, there is the potential that the oil goes down the “wrong hole” and winds up in the lungs, causing aspiration pneumonia. Oils should never be forced into the mouth of an animal.

If your cat is one of the odd ducks that doesn’t mind eating the oil voluntarily, the other problem is, like any oil, it is fattening. Be sure to keep an eye on your cat’s waistline to be sure you aren’t causing any unintended weight gain. Also remember the potential for coconut oil to cause diarrhea, which can be pretty substantial.

More Info Is Needed To Decide About Coconut Oil

So, for the amount of attention coconut oil is getting from the press, there appear to be far fewer uses for it in our feline companions at this time. Who knows, though, as more research is done, whether we will find other benefits to this oil. Keep in mind, though, that much like with everything else in life: if it sounds too good to be true, it probably is.

What did Mrs. Waterman decide to do with her cat, Patches? Well, she decided that she would not try to give Patches any coconut oil at this time. However, since Alzheimer’s runs in their (human) family, she did decide to research the issue a little further and start taking some coconut oil herself!