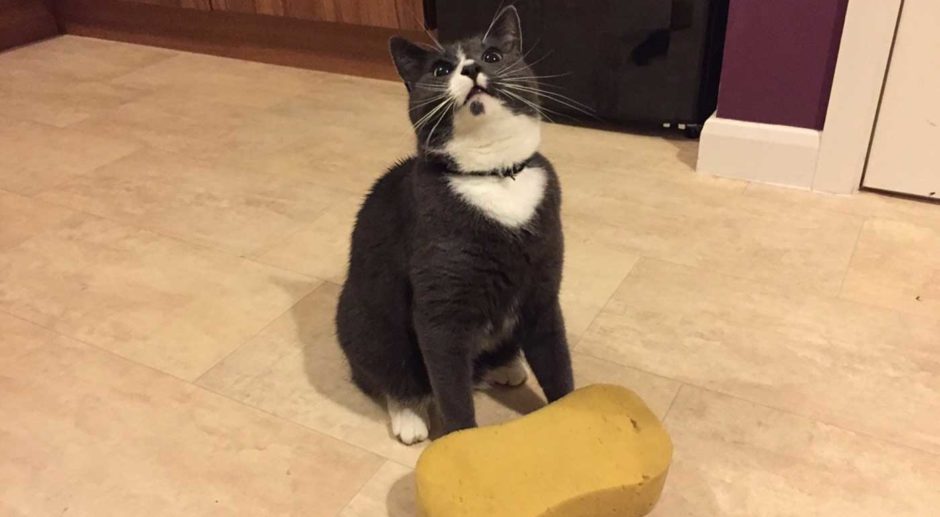 Milo the cat has a strange habit of hunting sponges—not birds, or mice, or even bird or mice cat toys. And he keeps bringing the sponges home.

Instead of offering dead mice or birds as gifts to his owners, he gives them sponges. So far, they’ve been different shapes, and there’s no word on where the sponges are coming from.

Is he trying to tell them the house is not up to his standard of cleanliness? Does he think he’s being resourceful? Whatever the reason, it’s a hilarious and adorable habit — and definitely a creative way of engaging his hunting instinct.