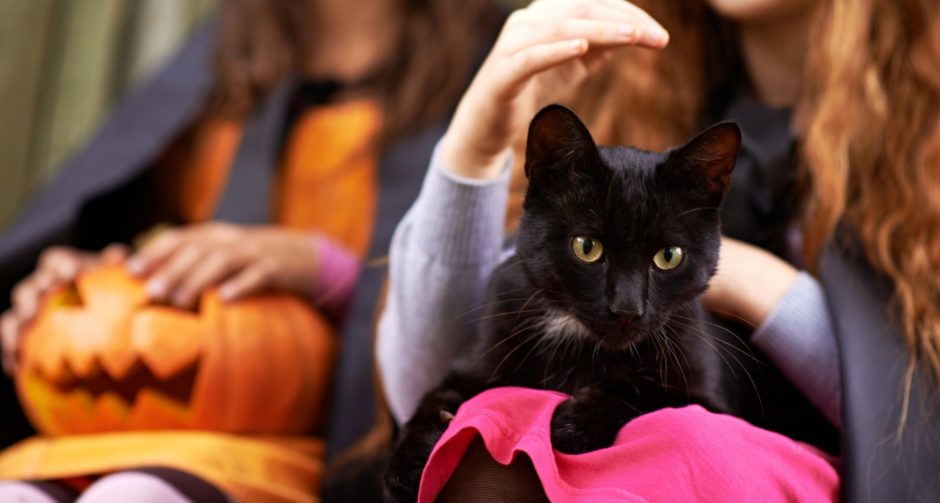 It’s common for local animal shelters to offer cat adoption discounts for the furry felines in their care, especially around holidays like Halloween. But are pet promotions always a good idea?

“Alley Cat Allies advocates for all cats, and for the relentless marketing of cats throughout the year, including seasonal promotions,” Robinson says. The group has participated in and supported a variety of adoption events for cats waiting for a forever home.

So with Halloween just around the corner, now could be a great time to welcome a sleek, onyx-colored kitty into your home.

Black Cats Are Plentiful in Shelters

The American Society for the Prevention of Cruelty to Animals estimates 3.2 million cats are waiting for their forever homes in shelters across the United States. And black cats come into its community partner shelters more than any other color cat, according to a blog post written by Emily Weiss, Ph.D. of the ASPCA.

One of Alley Cat Allies’ missions, in addition to advocating for black cat adoption, is to protect and improve the lives of all cats by partnering with shelters to implement low-cost programs, including spay and neuter initiatives and Trap-Neuter-Return.

“The majority of cats who enter shelters are killed,” Robinson says. “Specifically, for un-owned and un-socialized community cats, virtually 100 percent are killed in shelters. So the best way to protect these cats is to keep them out of shelters to begin with.”

Potential adopters may overlook darker-colored cats due to poor information or fears from black cat superstitions.

Some holidays have been created to increase black cat awareness, like Black Cat Appreciation Day celebrated on August 17. On top of that, many shelters like to use the Halloween season to promote adopting a black cat in an effort to debunk black cat myths.

In fact, prejudice against black cats may just be a myth itself. As the ASPCA’s Dr. Weiss points out in her blog, black cats are more often euthanized in shelters because there are more black cats in shelters than other cats—not necessarily because people don’t want them.

It’s difficult to narrow down how superstitions about black cats started, but the ASPCA, Best Friends Animal Society and Alley Cat Allies, say black cats deserve adoption as much as any other cat.

“Some people continue to be superstitious about black cats, and wrongly feel that they are unlucky and dangerous,” Robinson says.

But the truth, she says, is that black cats, and all cats, are in danger when they enter shelters.

Standard adoption procedures protect all cats all year round, so rest assured that your black cat adoption process will go smoothly, even on Halloween, as long as you and the black cat you choose are a good fit.

Potential adopters usually go through a detailed application and interview process. You’ll likely get to visit with your potential feline adoptee to assess each other’s personalities, too.

“Every cat is an individual and has his or her own personality,” Robinson says. “Don’t let the cat’s color keep you from caring for the cat.”

Animal advocates stress that cats in shelters, including black cats for adoption, need a home any time of year. So, if you’re feeling the urge to welcome a new feline buddy into your family, consider going all-out this Halloween by adopting an ebony-colored kitty.