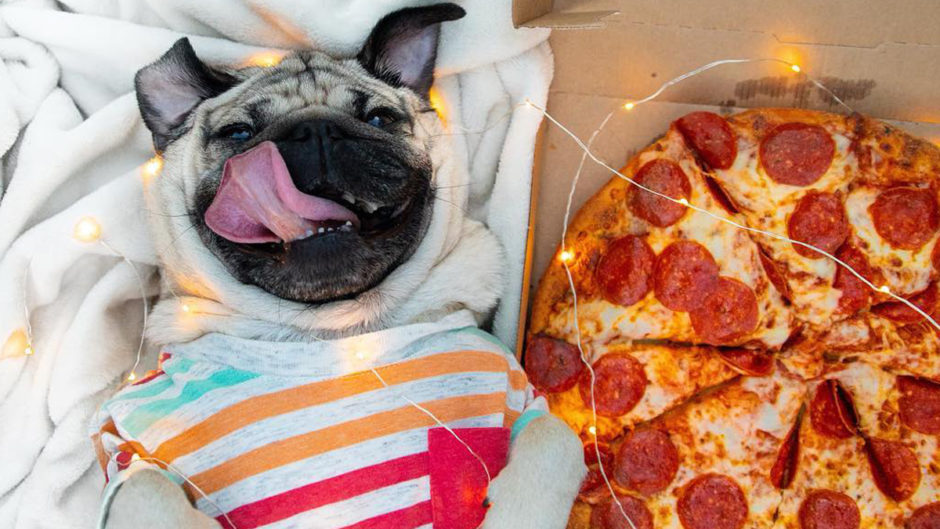 Social media star Doug the Pug is just your average Pug. Well, that is, if every Pug has 12 million social media followers, poses with celebrities on the reg and makes special appearances on TV shows and music videos.

The 6-year-old pupper from Nashville, Tennessee, has his own Facebook, Twitter, Instagram and YouTube accounts. He’s hobnobbed with everyone from Ed Sheeran to Demi Lovato. He’s flown on private jets. He even landed a role in Katy Perry’s “Swish Swish” music video.

In his most recent gig, Doug serves as a “spokes-Pug” for “World’s Most Amazing Dog,” an interactive competition series on Facebook’s on-demand video platform, Facebook Watch. The show, which airs Thursdays, invites dog parents from around the globe to submit videos of their pets doing extraordinary things for the chance to be crowned the title of “World’s Most Amazing Dog” and win $100,000 in the process. “Real Housewives” star Lisa Vanderpump and comedians George Lopez and Preacher are the judges.

Pet Central caught up with Leslie Moiser, Doug’s human mom, who along with her husband, Rob Chianelli, are helping to make Doug the Pug a household name. We discussed how a regular ‘ol Pug came to be such a worldwide superstar, what Doug’s favorite moments have been on his journey to celebrity and whether or not the dog really snacks on pizza.

How did Doug go from housepet to social media sensation?

[When] I got Doug, I was working in the music industry. I would come home after work and take photos of Doug. While my boss was at lunch, I would post them on Doug’s Instagram page. So, it was just a really fun hobby, and it turned into something really awesome.

What was the video that originally went viral?

It was a video of Doug running around a park with a pug balloon attached to his waist. After that video went viral, we started posting more videos of him doing spoofs of popular TV shows and movies. So that’s kind of been Doug’s thing since then.

How did you get Doug so used to the camera?

He took to the camera, literally, the second I brought him home for the first time. Whenever I took my phone or the camera out, he would look directly into the lens. And when I would bring out a shirt or an outfit for him to put on, he would be excited to put it on. So, he was definitely a natural. He turns on right when the camera is on, and he just knows what to do and what not to do.

At this point, when you pull out your phone, does he cock his head and get ready?

Oh, he’ll jump up on the couch and wait for us to put on his shirt. It’s really cute.

Do you have any tips on how to build a dog’s Instagram presence?

First and foremost, capturing their personality is really key. Just figure out what makes them unique and special, and work around that and what they like to do. Another thing is to be really consistent and creative with the content you’re posting and the photos you’re making.

Doug clearly enjoys an amazing life. What have been your favorite moments with him “at work?”

Shakira flew Doug and I to Barcelona last year, so we got to go to Barcelona to hang out with Shakira. Doug went to her house, and she was just really sweet. That was a really cool [experience].

We’ve [also] been to London with Doug. We brought him to the Children’s Hospital, which [was] really special.

At this point, do you think he knows he’s famous?

think so, but he’s so humble.

What are Doug’s days like when he’s not off jet setting?

Doug and his sister, Fiona, living their best lives. Courtesy of itsdougthepug/Instagram

Doug is not working 99 percent of the time. Even when we’re home and there’s work to be done, it’s usually my husband and I doing everything. So, Doug spends his days napping and playing with his kitten sister, Fiona, hanging out in our backyard, just going to the park and doing things like a normal dog.

Did Doug take to Fiona right away? Or was there a little bit of jealousy with him being the only child initially?

He’s never been jealous. She’s really funny … she’ll hide behind a corner and run out and bat at his butt. He’s, like, “What’s going on?” He’s kind of indifferent, but she loves him.

What are some of Doug’s favorite toys and treats?

His absolute favorite toy is his hedgehog toy. We have to travel with it [and] bring it everywhere. For treats, he eats grilled beef liver dehydrated dog treats. [For his meals,] we feed him a raw diet, so we give him beef and seasonal vegetables.

What would people be most surprised to know about Doug?

“This pizza will never look as good as me!” Courtesy of itsdougthepug/Instagram

He doesn’t actually eat the junk food and pizza. He is just really, really good at posing next to the food, so it’s just a prop.

When he poses next to it, he never tries to go in and take a bite?

No. I guess at this point he’s just been trained since he was little to not go for the food. There are times when he definitely begs, but he knows to just sit and look at the camera.

We saw Doug promoting the “World’s Most Amazing Dog” with his hilarious “mixtape” video. How has it been for Doug to be a part of the Facebook Watch show?

“When a pug’s mixtape is fire” -DougI have a talent of making weird noises and then making a beat out of them! Does ur dog have a talent? Audition for World's Most Amazing Dog by uploading a video with #mostamazingdog on Facebook #sponsored

Doug is like the spokes-Pug, as we like to say, for the “World’s Most Amazing Dog” on Facebook [Watch]. It’s a really cool partnership for us because Doug got his big break on Facebook [when] I posted a video one night to his Facebook page.

[The morning after I posted that video,] I woke up and it got 20 million views. The “World’s Most Amazing Dog” is an incredible way for other dog parents to get their dogs in front of over a billion people who are on Facebook.

What’s coming up next for Doug?

Doug posing with his keychains. Courtesy of itsdougthepug/Instagram

We have a lot of fun stuff coming out. Our products are in [girls’ jewelry store] Claire’s right now and Doug’s own line of dog toys are about to come out, which we’re very excited about. Dogs can finally join in on the Doug the Pug fun. [The toys are] modeled after things that Doug loves, and we should be releasing all of that soon.

Definitely just seeing how happy he makes people. We get emails almost every day from someone telling a really personal story of how Doug has helped them through a hard time, or how they lost their Pug and the thing that’s helped them through the grief is to look at Doug’s photos. There’s definitely a bigger purpose behind all of this, and it’s really special.