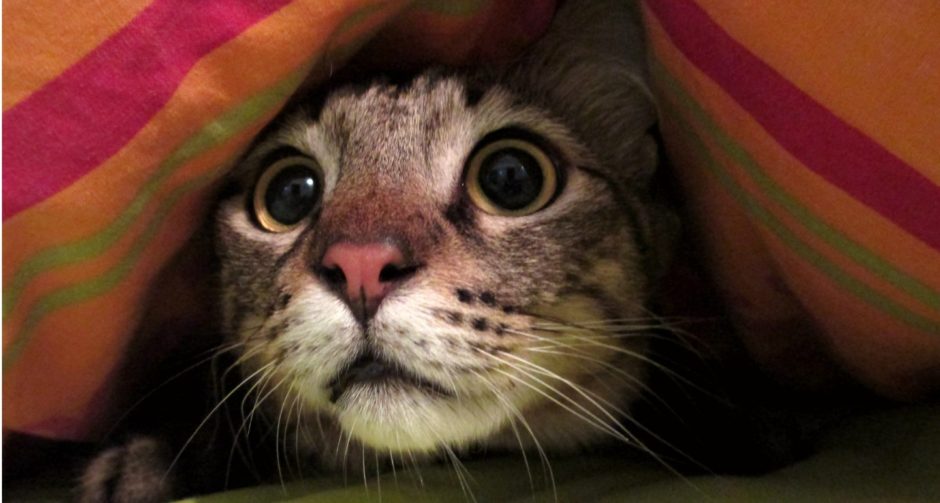 Many dogs and cats are afraid of things like fireworks, and it’s not hard to understand why. The fear associated with the ear-splitting sounds and unusual displays of light is totally understandable for animals who don’t quite grasp the concept of celebrating American independence from Britain.

While it’s appropriate to worry about your pet’s fears, it’s also important to remember that in terms of nature, fear is a healthy emotion. Veronica Sanchez, a certified dog and cat behavior consultant, calls fear an adaptive behavior that helps animals stay alive in the wild.

When fear becomes unhealthy, however, it starts to impact an animal’s quality of life. “Usually this happens when the animal generalizes a fear significantly,” Sanchez says.

This is fairly common in animals because we can’t verbally communicate with them that every loud noise isn’t fireworks (or whatever is causing them such intense fear). The inciting experience was so scary that they’ll create associations to activities or objects they see as related to the thing that frightens them most.

Continue reading for some surprising pet fears, what the real underlying fear may be, and how you can help. 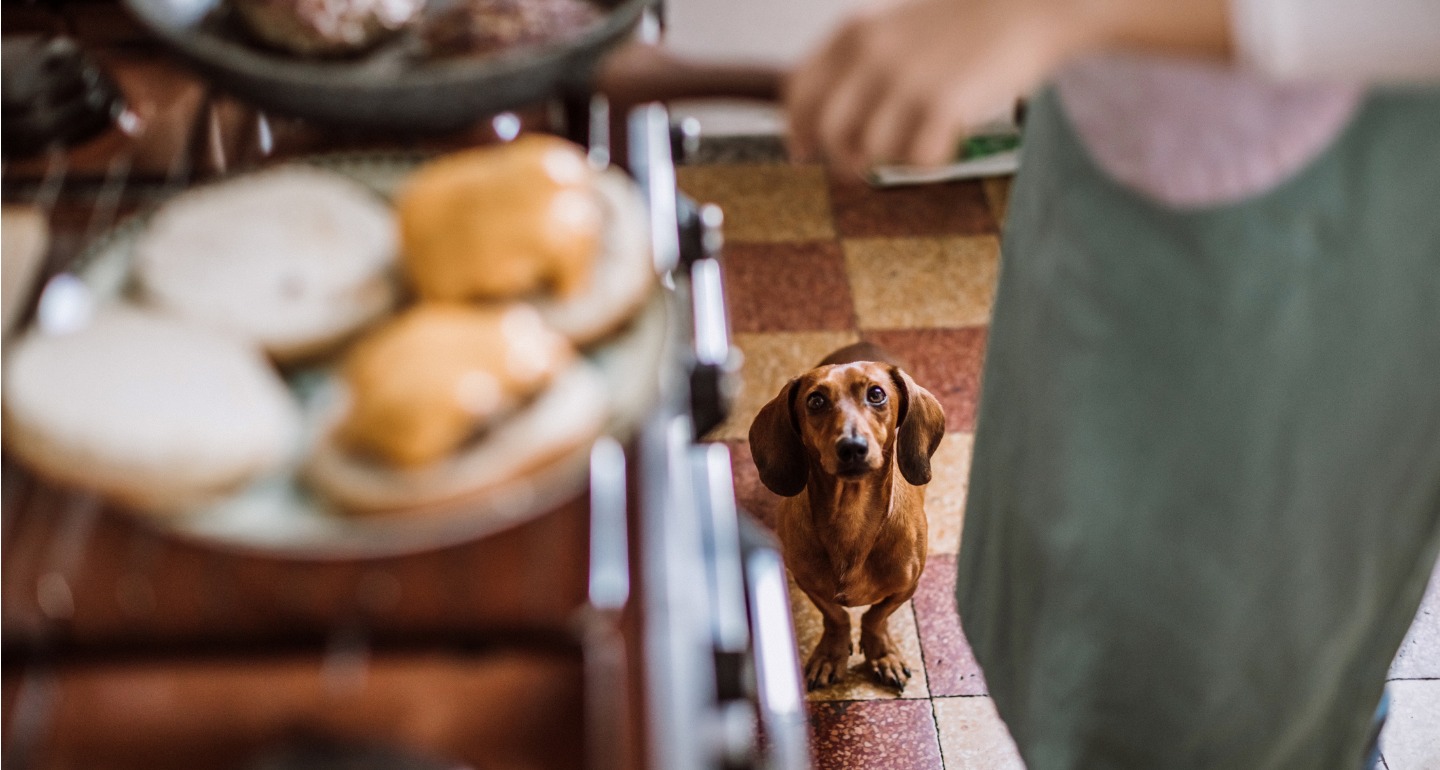 One would think the smells associated with preparing delicious meals would attract dogs and make them salivate, but Nancy Williams, an associate certified applied animal behaviorist and registered veterinary technician, had a different experience with her own dog once.

“I was cooking fish once when the dog was young, and the smoke alarm went off,” she recalls. “Whenever I would cook fish after that, the dog wouldn’t be himself. He was afraid of the alarm but associated that fear with the smells of that day.”

Greta Kaplan, a Portland-based certified professional dog trainer and certified dog behavior consultant, says several of his colleagues have encountered cases of fearful behavior in dogs when lamb is being cooked. No one seems to know why this occurs, he adds, but it appears to be fairly common.

Perhaps it’s the scent of spices and other ingredients that traditionally accompany lamb, or it could be something else entirely. Either way, if your dog starts acting strange when chops are for dinner, know that he’s not alone. 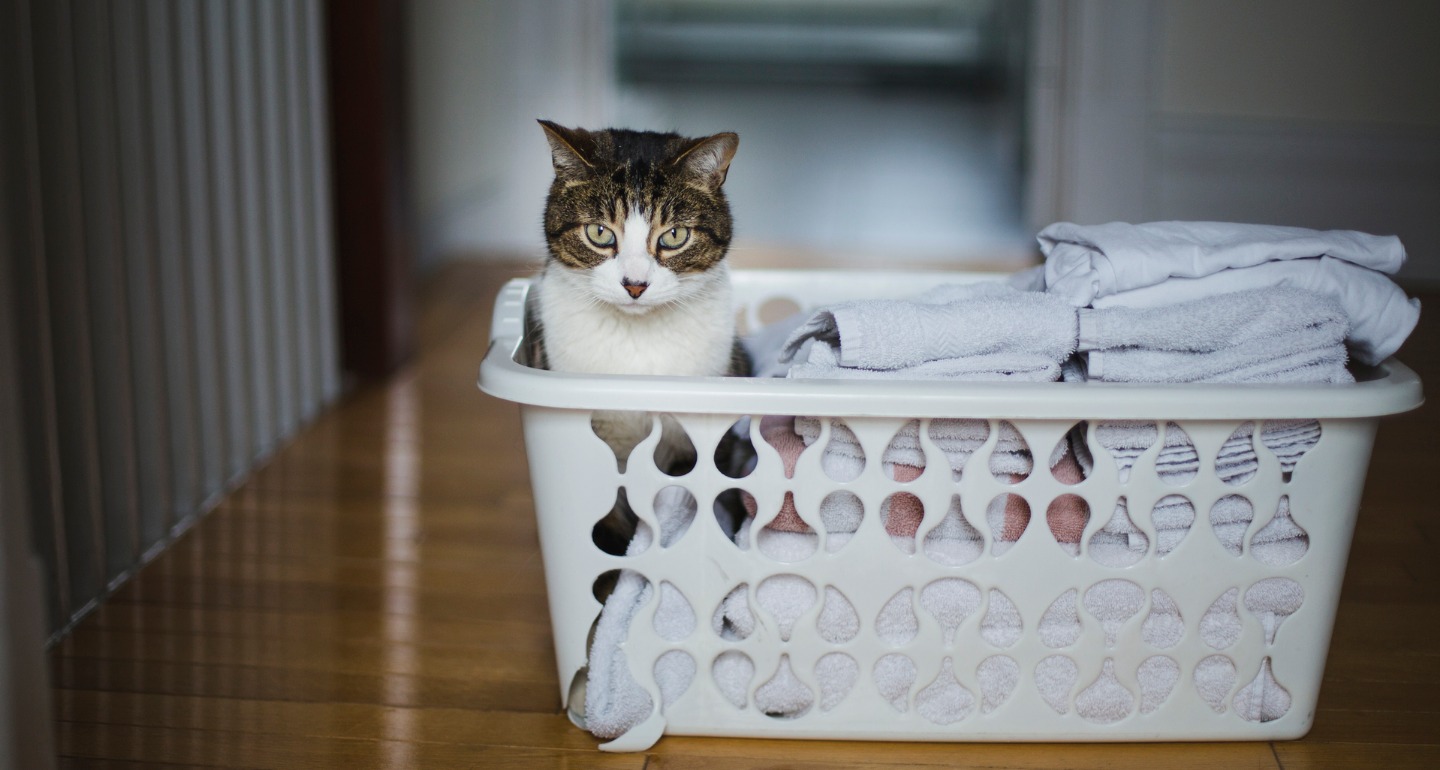 Appliances that beep are scary to pets because loud, sudden and unfamiliar noises are inherently frightening. But there’s more to it than just that.

Sanchez says she has encountered animals who quiver and try to hide when these machines—in addition to cars when they’re remotely locked or unlocked—make chirping noises because often they were trained with electric collars.

“The beep was their warning tone,” she says, adding it’s one reason why she discourages the use of such collars for training your pets. 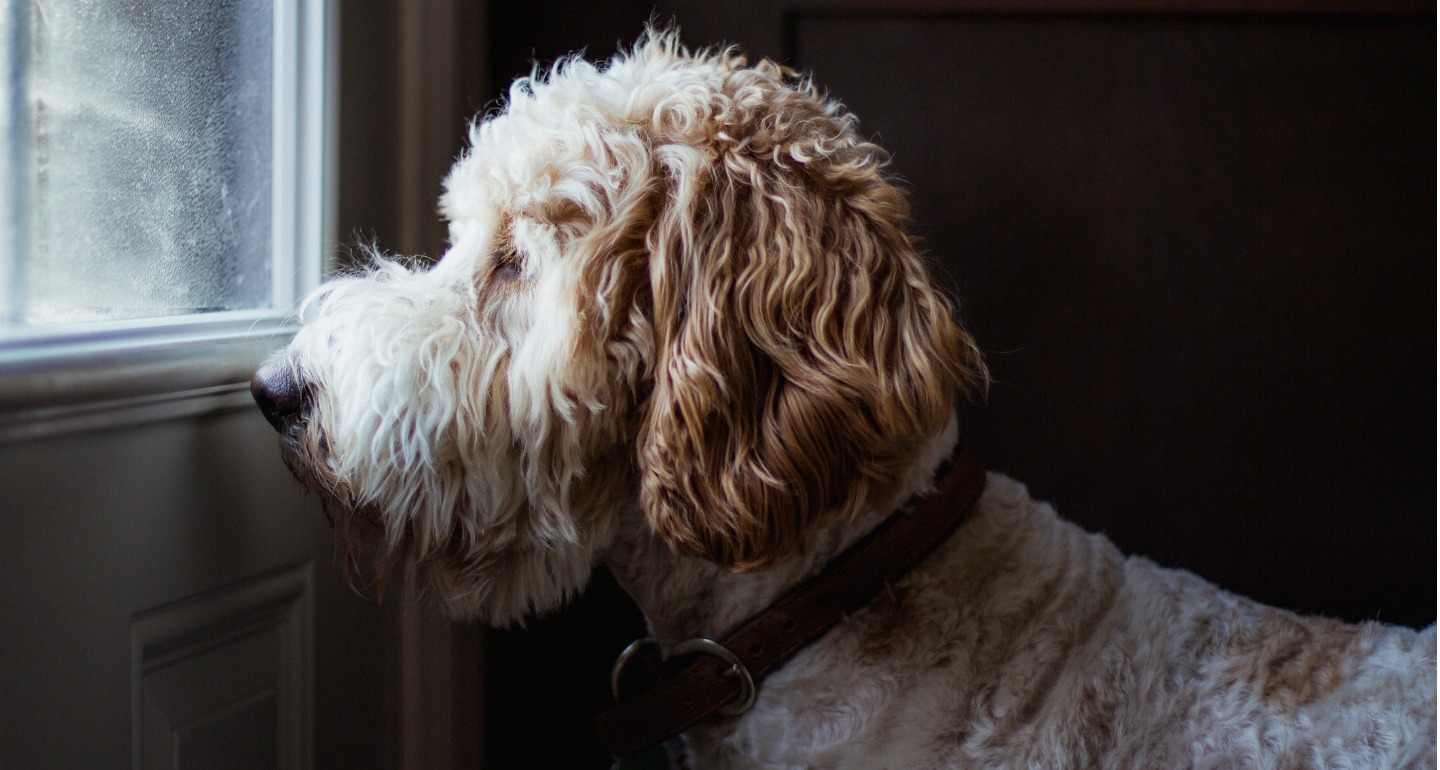 Most dogs love to go on walks, run around a fenced-in yard and play fetch at dog parks, but Kaplan recalls a case in which a dog started showing trepidation for even stepping outside.

In this case, an association with a common pet fear—other animals—was at fault. “The dog was afraid of mice [that] had taken up residence in the kitchen through which the dog had to pass to get to the back door,” she says. “The fear resolved when the mice were removed.” 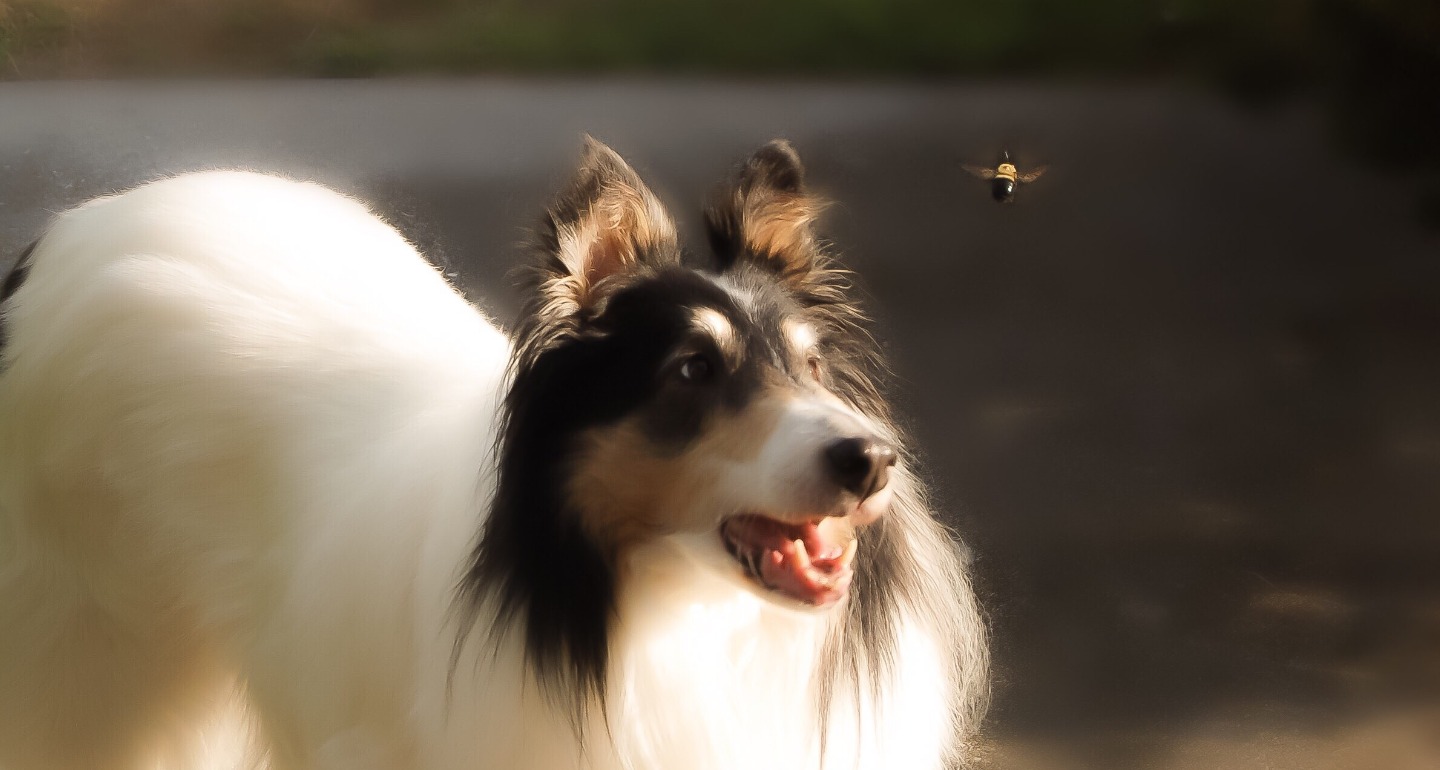 While dogs and cats have a clear anatomical advantage over insects, something like a bee sting can create a broad associative fear of all small bug-like creatures—especially those that, like bees, fly.

Sanchez says this fear is relatively harmless as long as the pet in question associates in an extremely broad fashion. “This can, in some cases, become very serious if the dog generalizes the fear and becomes afraid of the entire situation where they were stung—then becoming afraid of being outdoors,” she says. 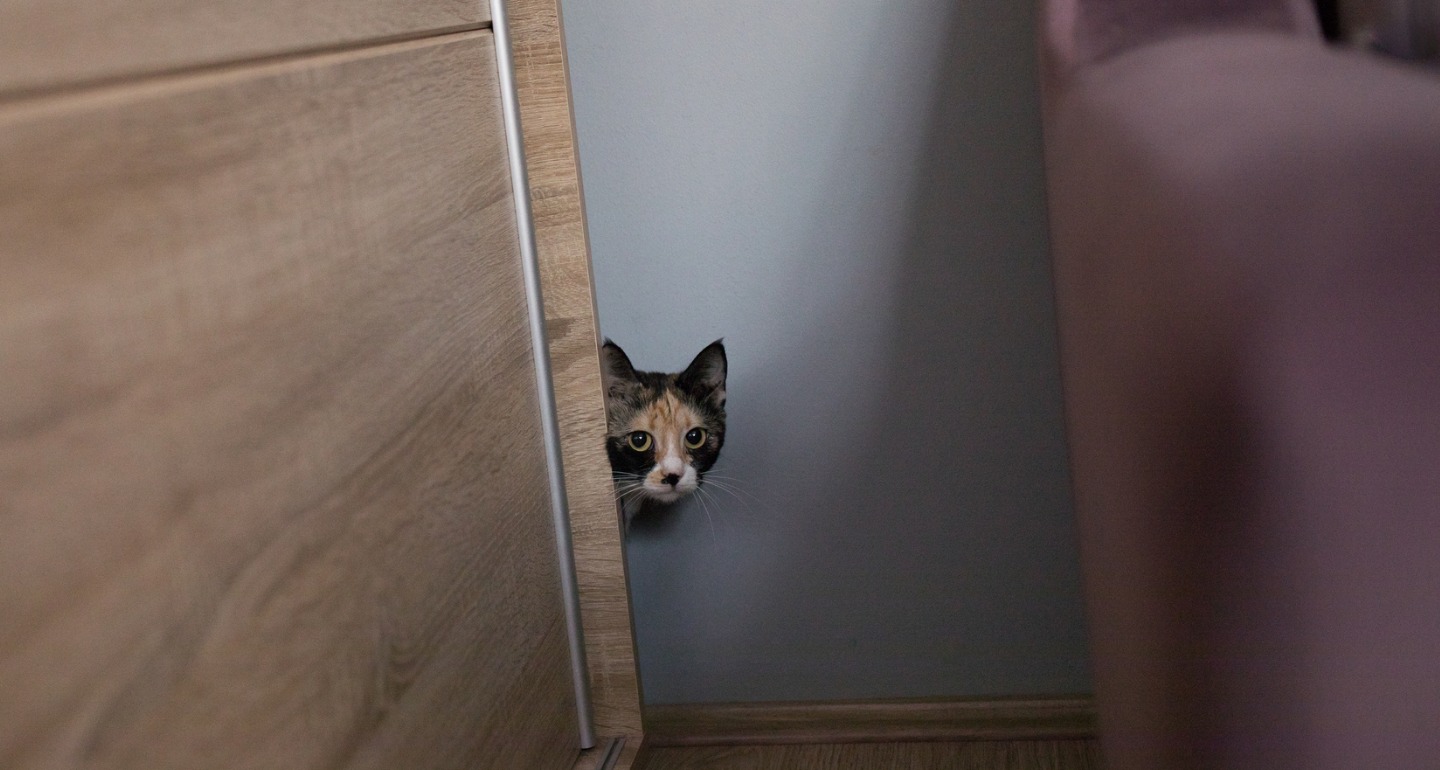 This is one of the most common fears for pet animals, though the reasons aren’t always straightforward, and a certain association might cause problems for your relationship to your pet. In these cases, your behavior or the way you look or are dressed can make an animal recall a previous negative experience with another human.

Kaplan recalls a dog she worked with who was with his second owner. “His first owner had corrected the dog rather violently for reacting to other dogs,” she says. “With the new owner, every time another dog came within a certain distance, the dog would go out to the end of the leash and turn his back, leaning away. He was scared of his owner, but only when other dogs were around.”

She also experienced something similar to this with her own dog, who she adopted at ten months old. “I used to take her to the dog park a lot, and she reacted in a spooky way to three separate men around 40 years old, about 5’10”, white, with a bit of a belly and a baseball hat,” she says. She was later able to ascertain that the previous owner fit this description to a tee and adds that the fear didn’t appear to last long. 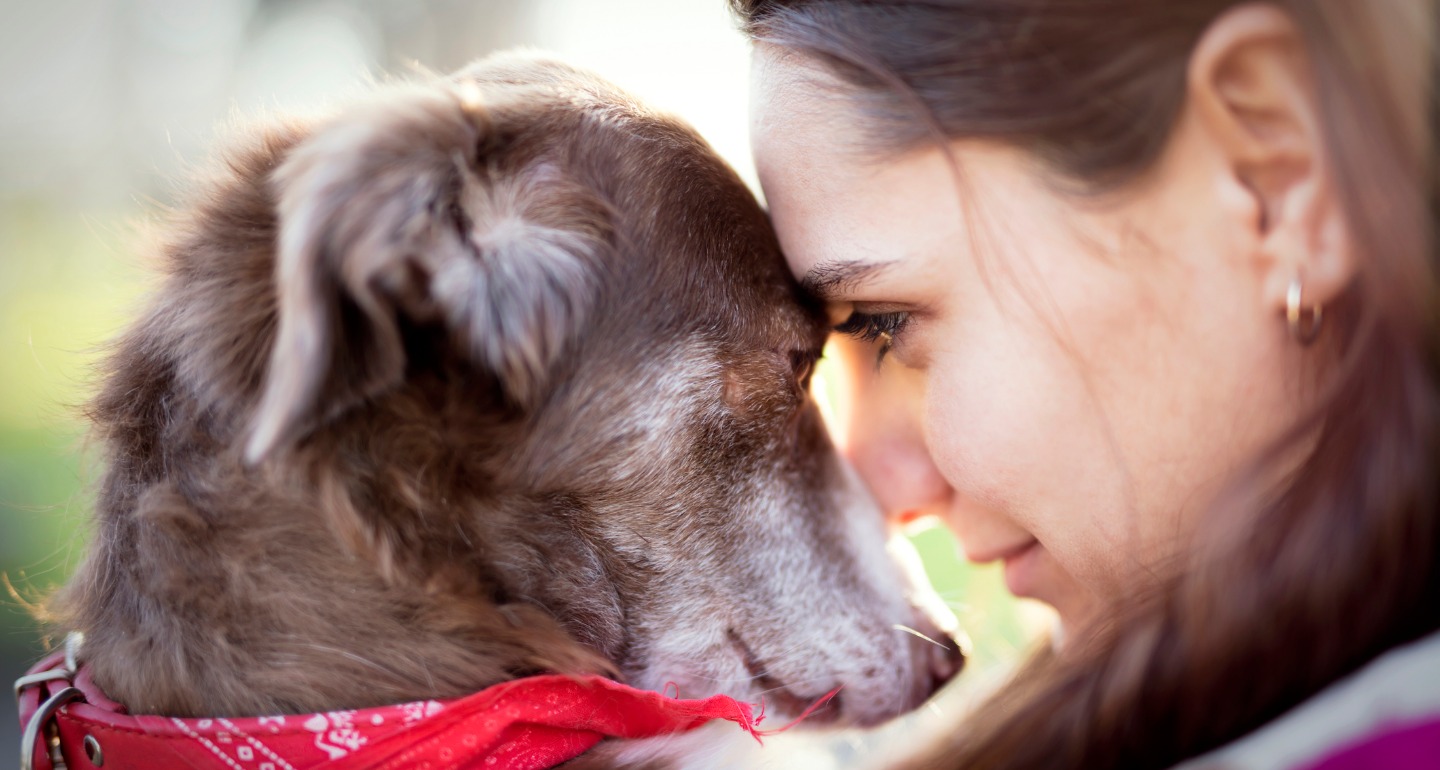 So how should you approach instances of generalization and association when it comes to pet fears?

“Ultimately, we are our pets’ advocate, social network and stand-in parent rolled into one,” Kaplan says. “If they can’t turn to us for comfort, who can they turn to?”

This comfort will take different forms for different animals, so listen to what yours needs. “Some dogs can be distracted from a scary thing by doing tricks,” she says. “If coddling them helps them calm down, try it. You can also act like everything’s normal. Try being a little silly and jolly. Don’t make a big deal out of it, and just move on.”

What You Should Never Do 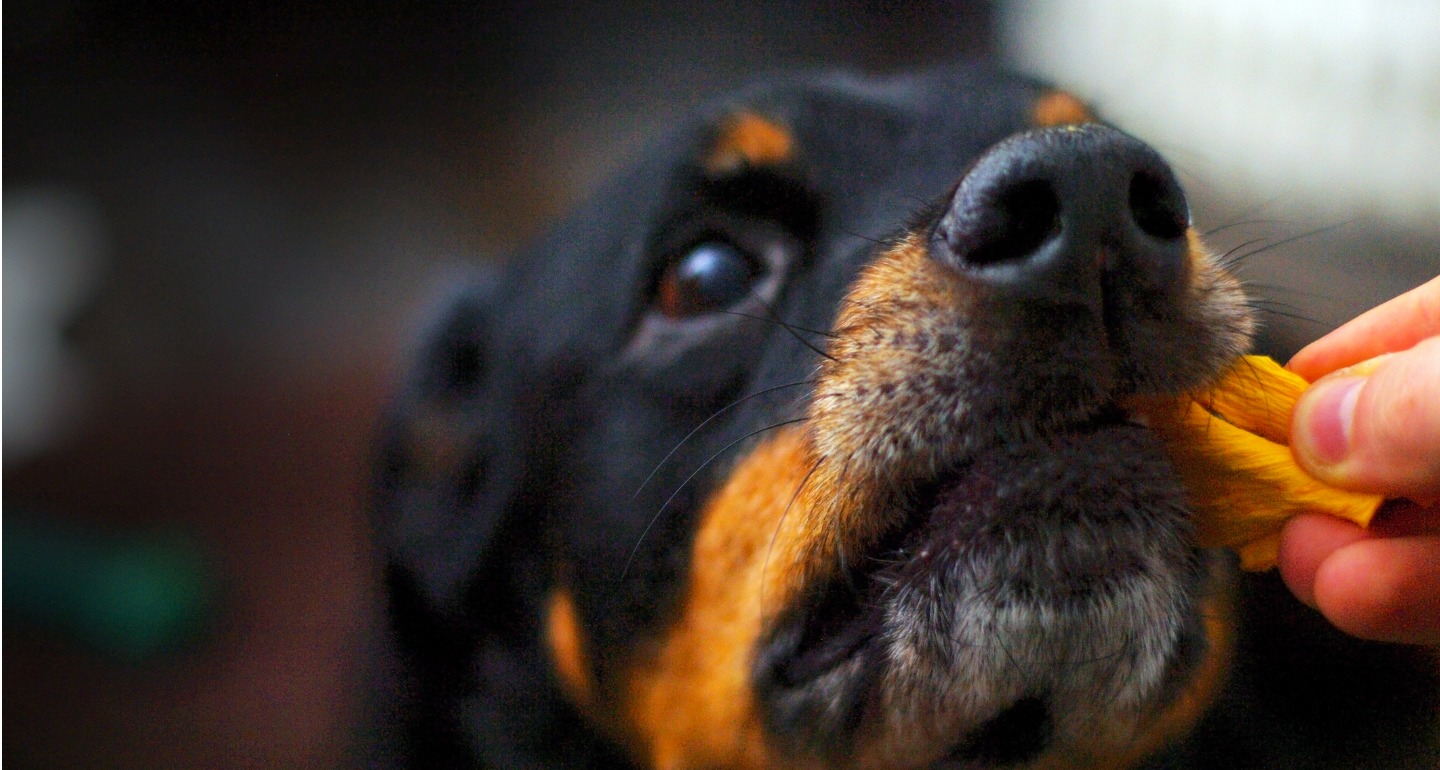 Don’t force or coax a scared animal to interact with the object of its fear. Kaplan says this is a very common impulse for owners, but it can do a lot of damage to the pet.

Also avoid trying to lure your animal toward something it thinks is scary by using food. “If your dog is scared of strangers,” Kaplan says, “do not have strangers give your dog treats.” She says this just teaches the dog to approach people looking for food, but the dog will still be scared when the food is swallowed.

“The person thinks they are now friends with your dog, and your dog is right next to their scary hands or face. It’s a setup for a bite.”