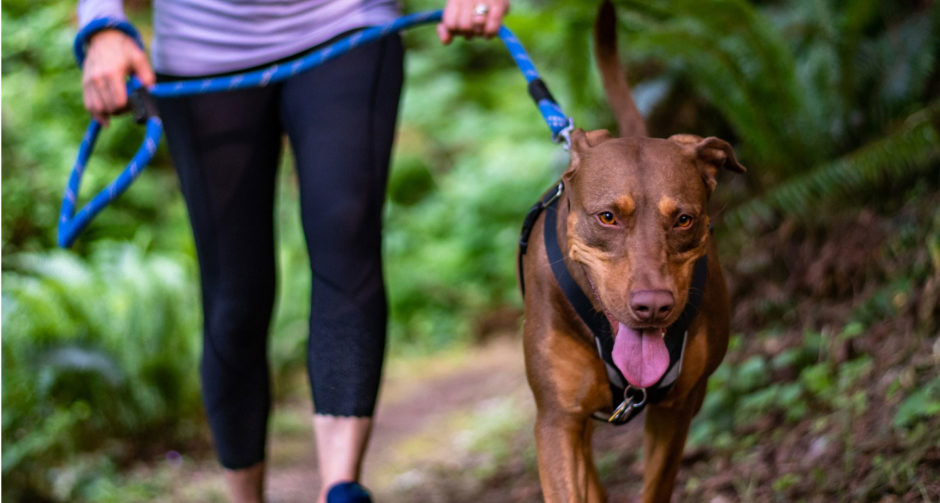 Ever wonder why you may be drenched after going for a run with your four-legged pal and his coat is still completely dry? While dogs do sweat, they experience it in a different way than humans.

“Dogs do not have the same capacity to sweat like humans, therefore they cannot evacuate heat as efficiently from the skin surface and are prone to overheating and developing hyperthermia, an elevated body temperature,” says Patrick Mahaney, DVM, and owner of Los Angeles, California Pet Acupuncture and Wellness.

Dogs have two kinds of sweat glands—ones that cool their bodies and ones that do not. The apocrine sweat gland does not cool dogs’ bodies, but serves another purpose. “This is the major type of sweat gland in dogs,” says Dr. Ann Hohenhaus, DVM, of the Animal Medical Center in New York.

Each hair follicle on your dog has its own apocrine gland, so technically your dog is covered in this kind of sweat gland. “The primary function of the apocrine glands is to release hormones that give chemical signals to other dogs instead of releasing moisture that helps send away heat from the body,” says Mahaney.

The sweat that apocrine glands produce is oily but odorless, “Until it mixes with the resident bacteria of the skin, giving sweat its smell,” notes Hohenhaus.

“Areas of skin where there is little to no hair, such as the paw pads and nose, have the ability to release moisture in the form of sweat via merocrine glands, which start to noticeably function when the body heats up,” says Mahaney.  This could account for the moist paw prints veterinarians see every day on their stainless steel exam tables.

Do Dogs Sweat to Cool Down?

Something for pet parents to keep in mind: Both dogs and cats can develop tumors of the sweat glands.  “Their appearance is of a skin mass which may ulcerate or bleed,” says Hohenhaus. Contact your veterinarian if you think your pet has experienced these symptoms.

So, while your dog may not release heat the same way you do, he does, in fact, sweat.

Caitlin Ultimo is a writer and editor. Her work specializes in pet, family and beauty writing.