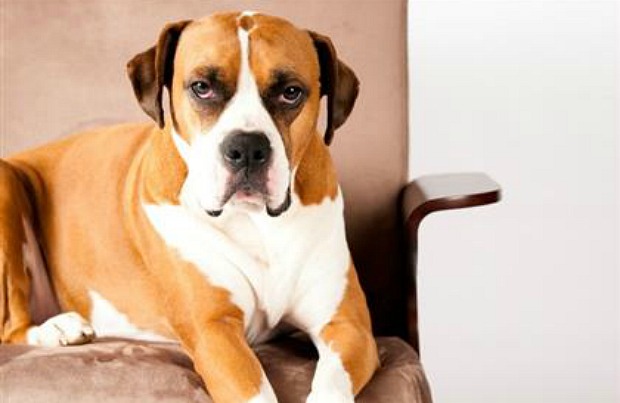 With hearts as big as their bodies, extra-large dog breeds have been used as guard dogs, working animals and trusted companions of humans for centuries across the world. Here are the ten largest breeds, along with a few tips for bringing home and caring for one of these gentle giants.

The only breed on the list not in the working group, this hound is the tallest of all breeds, said Wayne Ferguson, president of the Kennel Club of Philadelphia and past president of the American Kennel Club Canine Health Foundation. Also one of the oldest breeds in existence, the Irish Wolfhound was bred and used for hunting wolves, deer and boar but has since become a beloved companion and family dog. Patient and affectionate with children and friendly with other dogs, Irish Wolfhounds have tall, long legs, a wide head and a long curved tail. In addition to their impressive size, Irish Wolfhounds are also recognizable by their thick, wiry coats.

One of the most popular giant dog breeds, the Saint Bernard is known for its massive build, large head and droopy lips. An easy-going and friendly companion, Saint Bernards get along well with both children and other animals and can fare well in either the country or city provided they have enough space for daily activity.

When it comes to feeding giant dogs, Ferguson explained that it’s important to give extra-large breeds food fortified with calcium because they tend to grow very quickly as puppies. While they don’t eat as much as people may think, they do need to be kept relatively active to prevent obesity.

In terms of weight, Mastiffs tend to be the heaviest among the giant breeds, with both males and females averaging between 175 and 190 pounds. The breed has been admired for its strength and bravery since the Roman Empire, where it was used as a war and guard dog. It maintains this protective nature, making it a devoted and loving family guard dog, but does make early training and socialization important. With jowls that hang down over the chin and a black mask over its face, eyes and mouth, Mastiffs require minimal grooming but do tend to drool.

An excellent swimmer used for pulling nets and boat lines on the island of their namesake, Newfoundlands are wonderful companions for families that live by the water or love to visit the beach. Affectionate and loyal, the Newfoundland gets along well with children and has strong watchdog instincts. Recognizable by their large build and thick, water-resistant outer coat, they need regular grooming to prevent mats.

When preparing for mealtime with your extra-large breed, Ferguson recommends elevating food and water dishes which will keep your dog from swallowing air as they eat and drink and allow them to digest their food properly.

Originally used to hunt wild boar in Germany, Great Danes have primarily left their hunting jobs to become a popular family pet. An exceptionally tall breed, some Great Danes stand up to four feet tall with long legs, deep chests and a large, head. A graceful and loyal breed, Great Danes enjoy the company of their people and may tend to climb into their owners lap, unaware of their own size. They fare well in the city or country as their exercise needs aren’t too demanding, but they do require room to stretch and move about.

The larger a dog is, the shorter its lifespan will often be, Ferguson said. In order to prolong the life of your giant breed, he said it’s important to keep them as lean, fit and healthy as possible. This includes regular exercise and careful attention to their diet, without overfeeding them.

Originally bred in the Pyrenees Mountains to guard herds of sheep in the early 17th century, these giant breeds have also become popular companion dogs and family pets. Though they may have left the mountains, the Great Pyrenees are known to be nocturnal, as they’re used to standing guard throughout the night. With a protective and fearless nature, Pyrenees make excellent guard dogs and gentle, affectionate family pets. With a light colored double coat that tends to be long and thick, the Great Pyrenees requires regular grooming.

In addition to regular brushing, oral hygiene is especially important in large dogs, Ferguson said. Low-grade infections in a dogs gums or teeth can affect their overall health and demeanor, making it important to brush your dog’s teeth at home or have them professionally cleaned by a veterinarian.

With a thick double coat and dense mane, the Leonberger may look imposing but in reality is distinguished by its loyalty, playfulness and trainability. Not often bothered by loud noises, Leonbergers generally do well with children of all ages and are adaptable to a variety of situations. Because of its coat, the Leonberger sheds immensely and requires regular grooming, particularly when its undercoat sheds. Keep in mind, however, that although its coat is heavy, it plays an important role in regulating the Leonberger’s temperature and should never be shaved.

A versatile farm and working dog, the Bernese Mountain Dog is strong, confident and intelligent and makes an easy-going companion. With a calm demeanor and loving personality, the breed tends to do well with children although it can be aloof towards strangers. Though the breed can adapt to either country or city living, it should be given space to run and exercise daily.

One of the most important thing potential giant-breed owners need to be aware of, Ferguson said, is the size that their once-small and adorable puppies will grow to be.

“The biggest problem giant breeders have in finding homes for their dogs is that they go home as small, cuddly puppies and [the breeders] have to constantly remind people to be aware that these dogs can be up to 120 or 130 pounds, or even more in some cases.”

In addition to properly socializing your puppy, giving your giant breed love and attention throughout their lives is important to raising a well-adjusted, happy dog. Ferguson says that no matter how big they get, it’s important to and reaffirm your love for them even if they can no longer fit in your arms or on your lap. He suggests getting down on their level for a good hug or cuddle to express yourself.

“All ten of these breeds are, in general, sweet, eager to please and low-maintenance,” Ferguson said. “They’re laid back, gentle giants and I couldn’t recommend them more to people.”