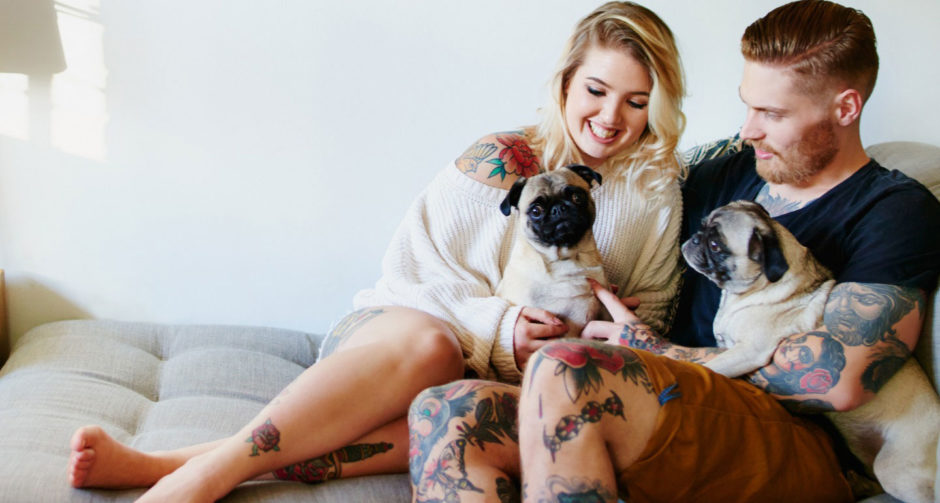 From colored skinny jeans to mustaches to vintage glasses, hipster culture has taken over. But the fad doesn’t stop with style. After careful research, we found that even dogs can be hipsters.

So what makes a dog considered cutting-edge, but not in an overly commercial way? Pet Central surveyed top animal experts and famous dog owners to compile a list of the eight most hipster dog breeds.

Without a doubt, the most hipster of all dog breeds is any dog that is rescued, especially if you reside in a metropolitan hotspot like New York or Los Angeles. While raiding the shelters for a homeless puppy in need is considered an admirable venture, a rescue earns more cool points if it comes with an extra tragic story: dogs who survived Hurricane Katrina; senior citizen pups who can barely walk; dogs with missing limbs who are in need of a wheel to get around; and anything with one-eye is considered as hip as they come. Hipster dogs proudly strut down the street with their owners just aching for the opportunity to share their stories.

But in all seriousness, as canine advocate (and former ‘NSYNC member) Lance Bass points out, people who rescue dogs are not only hip, but are also the making a huge difference in the lives of animals in need. “Not to say that any dog is less important than any other but there are so many dogs sitting in shelters that need to be rescued,” Bass tells us. “Many dogs are being pushed out of puppy farms and breeders when there is already such a huge surplus of dogs that already need rescuing. It’s a heroic thing to focus on the dogs waiting in shelters for their forever homes.”

This breed once had a totally unwarranted and incorrect bad reputation. While it was far from true (pit bulls are actually gentle souls who were traditionally used as babysitters for small children), hipsters appreciate the fact that these dogs come with an air of toughness about them. According to Arden Moore, the Pet Health and Safety Coach with Four Legged Life, the fashion-forward love to subvert stereotypical canine culture by strapping their pits into pink tutus, collars and even toenails. “When you have power and strength, why declare it out loud? Canine hipsters, like this breed, are secure in their stature and exude canine confidence,” she explains. While they look good in chains and studs, a true hipster pit isn’t afraid to rock a jeweled collar or anything in a nice shade of pastel.

“Silently, and with their big-eyed stare, they convey plenty of hipster charm. You may find you can’t stop staring at – and being in awe of – their roundish, cubby ears and large, expressive eyes,” says Arden Moore. It’s true: pugs are as hipster as they come. Dress them up in a dog hoodie, tuck their feet into little dog booties, let them sport your sunglasses, and it all perfectly compliments their docile spirits. They are fashion-forward, looking absolutely great in everything that they slip into, and whenever you dress one up, he’ll pose for a photo sporting a continuous “unimpressed” face. This breed also tends to boast some forward-thinking and intellectually sound names, such as “Nutello,” the self-proclaimed “most fashionable and extraordinary dog on Instagram.” As Move That Tail trainer Brandy Diaz puts it, “They walk proud, stand proud and really don’t care if they sneeze in your face, snore in your ear or you smell one of their many horrific dog farts. They love big, play big, yet come in a little package.”

Dachshunds get extra points for wirey hair, as a hipster always appreciates a strategically un-kept coat. Plus, anything that has a slew of nicknames like “weiner dog,” “sausage,” or “hot dog” is cool in any book. These guys are small, but they have a lot of pep in their step. They have their own opinions and aren’t afraid to take the lead and let them be known. Dachshunds don’t care if they’re the smallest one in the room; they’re always big in their mind.

According to Brandi Hunter, the director of Public Relations at the American Kennel Club, the French Bulldog ranks at third most-requested dog breed. Whether you’re strutting with a grunting Frenchie on a dog leash or spending an afternoon with the 941 other breed owners who make up the Hollywood Hills French Bulldog Meetup Group, it’s pretty rad to add a member of this breed to your family.

These pups were considered pocket pals of high society until 2012 when a puppy mill rescue named Toast became a social media sensation thanks to her parent, publicist Katie Sturino. Toast, with her trademark lolling tongue, has since become a fashion icon, hobnobbing with the likes of Chevy Chase, hanging with socialites such as Kelly Bensimon, and has even starred in ads for Barneys. She also sells hipster-worthy tote bags and donates the proceeds to the Humane Society’s anti-puppy mill movement, Friends of Finn. The fluffy pooch isn’t too elite to get down and dirty, though. “She eats literally anything,” says Sturino of her canine pal. “She has crazy jaws and will gum anything! She tries to pick things up off the street all the time, which is a total hazard in New York.” Her favorite food? “She loves tacos!” exclaims her co-owner.

There’s a retro element to this breed that takes many back to their childhood days of fearing “The Beast” from the nostalgic classic The Sandlot. That particular dog was of the English variety and, let’s face it, anything with an accent is something hipsters love. Then there’s the Dogue de Bordeaux: they are ridiculously cool and have the French lineage to prove it. An unfaltering sense of loyalty and patience makes this cultured dog fun to be around, as long as you don’t mind a little drool.

Hipsterdom is all about the beard, and nobody rocks one better than a Schnauzer. They come equipped with the scruff and weeklong stubble that every facial-hair toting fanatic can only hope to properly sport. And something about the tinier versions of this breed makes them appear even more stylish.