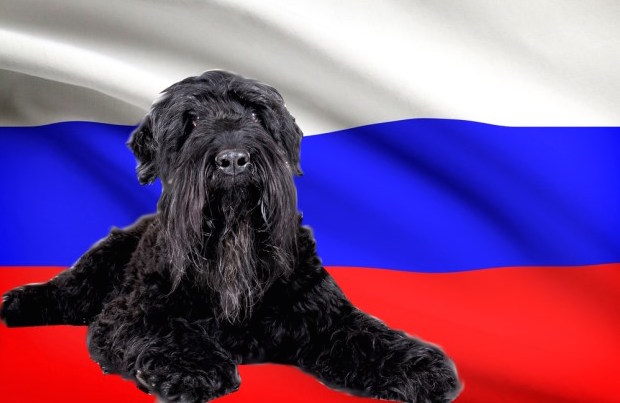 Hailing from a country known for its size, politics and history—Russian dog breeds don’t disappoint when it comes to their individual personalities and looks. “The Russian breeds are all unique,” says AKC Spokesperson Lisa Peterson. “Each is different in its temperament, exercise level and grooming needs.”

And, while they all haven’t  been officially recognized by the AKC, some are well on their way. Here’s a peek at a few four-legged pals from the Russian region:

“The Borzoi is an elegant sight hound that was bred by the Russian aristocracy for hundreds of years. They were originally used for hunting wolves, fox and hare over the open plans of Russia,” shares Peterson.

The most popular of all Russian breeds, they are affectionate with their owners and have independent personalities. Described as elegant and graceful, the leggy breed has a Greyhound-like shape with a longer coat.

A fur ball of a friend, this Soviet dog is recognized for its wavy to curly coat. Having almost gone extinct after WWII, this dog breed was created when breeders of Bolonkas in St-Petersburg gathered the surviving few and bred them with various other little dogs. The goal was to exclude the white color and develop the silkiness of the coat, thus creating the Russian Tsvetnaya Bolonka. Today, the breed can be found in a variety of colors including, black, black and tan, brown, brown and tan, grey, red, fawn, crème, beige and orange.

Large and Mastiff-like in size,this calm, fearless flock guardian is known for being independent and standing their ground. Central Asian Shepard Dogs love their families, but should be supervised when around children. They originally where used as guardians and still have many of those tendencies as a part of their makeup today. Not yet officially recognized by the AKC the Central Asian Shepard is a part of the organization’s Foundation Stock Service (FSS).

“The Black Russian Terrier is large and powerful, and was developed in Russia to be used for law enforcement,” says Peterson. “The breed is very intelligent, learns quickly and has a natural protective instinct. The BRT loves its family, but can be reserved with strangers.”

Originally the dog of Russian and Finnish peasants, the Karelian Bear Dog endured tough conditions as a hunting and watch dog. While not officially recognized by the AKC, but a part of the organization’s FSS, the breed is one of the top ten most common dogs in Finland today.

Recorded in the AKC’s Foundation Stock Service, “The Russian Toy is a rare breed that was developed in 19th century Russia as a companion for the aristocracy,” says Peterson. “The breed thrives on human companionship and loves to play.”

Known as the name of the first dog in space, Laika in Russian translates to “barker.” This medium-sized dog was originally developed to hunt bear, elk, boar and pheasant in the taiga zone of northern Russia. It’s head is small and has a compact, strong body. The Russo European Laika’s coat can be black, gray, or white double coat.

Also known as the the Russian Sheepdog and the Caucasian Mountain Dog, this breed acts as a family guard dog having a fierce, alert and dominant personality as well as having a suspicious nature toward strangers. The guard dog thrives when he has a large family, good amount of land and other animals around to protect.

The Russian Sheepdog can be traced back to 18th century Russia where its ancestors lived in Crimea. Almost having gone extinct in the 1950s, the breed has slowly gained back numbers and is a part of the AKC’s FSS. Extremely devoted to its family, the South Russian Ovcharka can be very affectionate with children and other family pets.