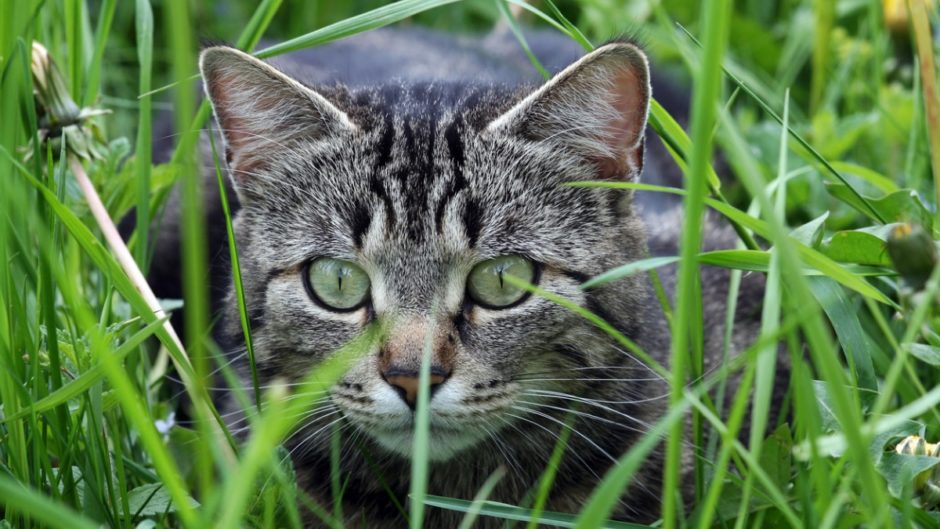 Looking to add a skilled mouser to your home or family store? While all cats have some predatory tendencies, these natural hunting abilities can be stronger in some breeds than in others (and is often reflected in their style of play!) as a result of their history controlling pests as well as their genetics. We’ve asked Hope Gonano, a Cat Fanciers’ Association all breed judge, to help us round up the top 10 cat breeds for pest control.

While these breeds may be more predisposed to be skilled mousers, some variation in behavior and personality is to be expected from cat to cat, so it’s important to do you research and learn as much as you can about a potential pet before making a commitment to it.

Affectionate and endearing, it’s also known for being one of the earliest cat breeds kept in American homes.

Another breed that has inhabited the country for centuries, the Maine Coon has been held in high regard for its abilities as a mouser since the colonial period in its home state. One of the largest domestic cat breeds, the Maine Coon is also recognized by its long, water resistant coat, strong build and broad chest.

Some believe the breed was brought to the Northeast on ships (where they were used to control pests) and developed such weatherproof coats and hardy bodies to survive harsh winters along the coast.

Another breed that developed a long, heavy coat to withstand harsh climates, the Siberian is a relatively new breed to the U.S. but has made its home in Siberia, Russia and European countries for far longer.

A powerful, strong breed, Siberians can weigh well over 20 pounds, with the males generally being larger than the females. The Siberian is known for being affectionate, intelligent and, despite its size, very agile.

An outgoing breed with a long history, Thai royalty kept Siamese for generations and, when a member of the family died, their cat moved to the temple where they were buried and spent the rest of its life in luxury among monks and priests. Because of its popularity, the breed has been used to form many modern cat breeds including the Ocicat, Burmese, Himalayan and Burmese, which means these breeds may also inhibit some of the mousing skills of its Siamese ancestors.

An outgoing, social breed, expect your Siamese to communicate with everyone in the home and be involved in everything you’re doing.

With broad shoulders, a deep chest and a muscular body, the Chartreux was immortalized in French literature for being a fine mouser and has lived up to its reputation.

Agile and energetic, the Chartreux is a born hunter and loves a good game of fetch. Good-tempered, loyal and quiet, the breed makes an excellent and intelligent companion.

The history of the Burmese dates back thousands of years to temples in Burma, where the Burmese lived alongside monks. Energetic, playful and amusing, the breed enjoys being with its people and entertaining its owners.

The Burmese is adaptable and intelligent, and could be comfortable in a shop, home or office environment provided that it receives a hearty meal (food is of great interest to this breed) and some attention from its owners.

Known to be wonderful mousers, the Manx is a native of the Isle of Man (located between England and Ireland) and was used there as a farm and ship cat.

According to Gonano, the breed was first brought to the U.S. to work as farm cats and there are still colonies of the breed along the East Coast and in Kentucky that are descendants of these early Manx cats. Recognized by its lack of tail and round body, the Manx is fun loving, friendly and can bond well with other pets in the home.

A naturally occurring breed known for being self-sufficient street cats in their native Turkey, the Turkish Angora is svelte, graceful and adaptable, with a single layer coat that becomes short in warmer months and fuller during colder months.

Smart and intelligent, Turkish Angoras bond well with people and are affectionate and playful toward everyone they meet. This true alpha cat likes participating in all household activities and can be very persistent in getting their owner’s attention.

One of the most ancient cat breeds, the Japanese Bobtail is still considered sacred in its native country and makes an affectionate, friendly companion. Most enjoy the company of both children and adults and have been known to play in the water from time to time.

Because cats generally have hunting instincts, even breeds you wouldn’t think to be good mousers have been known to catch mice, including the Persian, according to Gonano.

A popular breed from the very first cat shows in the 1800s, Persians have been called “furniture with fur” but should not be underestimated. This intelligent breed loves to play but may lack the amount of curiosity other cats possess. Interestingly, in most breeds, the females tend to be better mousers than the males, Gonano said.