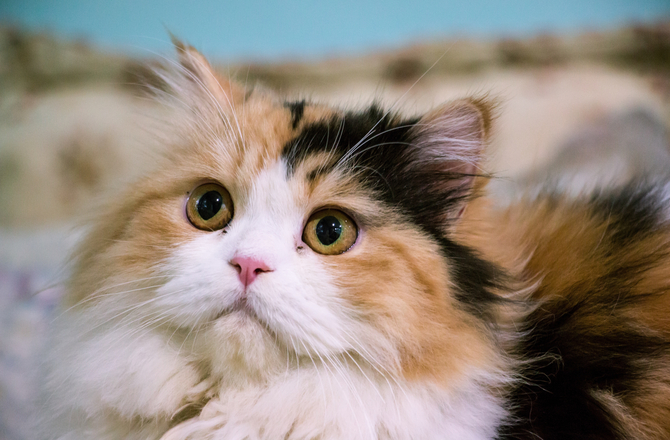 Big or small, super furry or hairless—whatever size, shape or style our cats come in, we love ’em all. Still, in an effort to get to know all the different types of cat breed available, we thought we’d take a look at some of the large cat breeds out there.

After all—what’s not to love about a large cat that gives you more to snuggle with?

The Maine Coon cat is one of the largest domestic cat breeds available. Maine Coon’s tend to be friendly and people-oriented, and can weigh anywhere from 9 to 18 pounds.

Read more about the Maine Coon.

This semi-long haired domestic breed loves people, and can weigh anywhere from 10 to 20 pounds. But why are they called Ragdoll? While it’s true that this breed is generally happy to be around people, they do tend to go limp when picked up … hence their ragdoll reputation.

Their short tails are about the only thing “small” on this large cat, which can weigh from 7 to 16 pounds. As with most other large breeds, the American Bobtail is people (and children!) friendly.

At about twice the height of the average domestic cat, the Chausie is recognized as an advanced new breed, the first of which were jungle cat hybrids. Chausies are very smart, and they don’t like to be left alone. Plenty of running, jumping and game playing will be necessary if you’re looking to take this large breed home. They tend to weight between 13 and 25 pounds.

The Savannah Cat is one of the newer big cat breeds. Since they’re a relatively new breed, weights have not been as extensively tracked as some other breeds, although owners have reported Savannahs weighing in at 20 pounds or more. This breed, often compared to a small dog, is as loyal as a dog, and can also be trained to walk on a leash or play fetch.