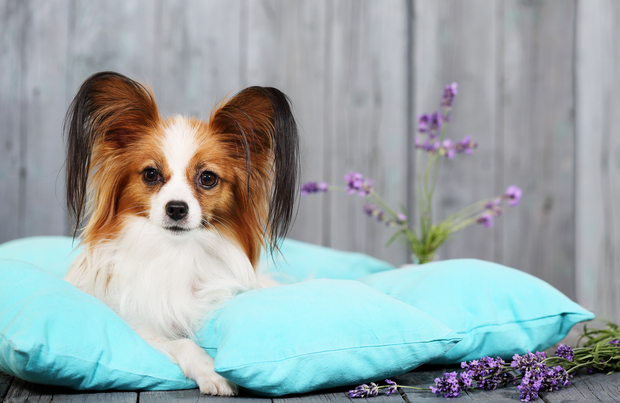 We can all appreciate good French fries, French wines and French cheeses, but some of the best French imports come with four legs and a tail. Learn more about French dog breeds and their origins, courtesy of American Kennel Club spokesperson Lisa Peterson, right here.

Basset Hounds were initially bred in France as hunting dogs. They were popular during Napoléon Bonaparte’s time, and Queen Alexandria kept this breed in the royal kennels. Peterson explains that the Basset Hound first entered the United States as a gift to George Washington for use during his hunting excursions. The breed is known for it’s short legs and long ears. It also has a heavy body and, like other hounds, tends to bark frequently. Basset Hounds are still willing hunters and trackers today.

When translated from French to English, the name Petit Basset Griffon Vendeen reveals much about the breed, which is small (petit), low to the ground (basset), rough or wire coated (griffon) and originated in the French area of Vendeen. The breed was developed to hunt small game, like rabbit or hare, over the difficult terrain found in the region. With a long, rough coat and a saber-shaped tail, the Petit Basset Griffon Vendeen has a tendency to bark and dig, but is friendly and generally playful with children, other dogs and most people.

An old, distinct French herding dog, the earliest record of the Beauceron dates back to the 1500s, Peterson says. Known for its tireless work ethic, the Beauceron has been guarding flocks and herds for centuries and enjoys both work and play in addition to acting as a guard dog in the home. With a short coat and skinny, hooked tail, the Beauceron can be seen in black and tan.

A breed that has been beloved by the French since the Middle Ages, the Briard was depicted in 8th century tapestries and mentioned in records of the 12th century, Peterson says. In earlier times, the Briard was used to defend herds of livestock against wolves and poachers. After the French Revolution, the breed’s work gradually transformed into herding flocks and guarding property. A powerful and agile breed with a long, distinct coat, the Briard was brought to North America by Marquis de Lafayette and Thomas Jefferson.

According to Peterson, the Pyrenean Shepherd has herded sheep in the Pyrenees Mountains of Southern France for centuries. A breed that first distinguished itself outside of its native mountains with its service to French troops during the first world war, hundreds (possibly thousands) of Pyrenean Shepherds worked as couriers, search and rescue dogs and guard dogs. Lively, cheerful and exceptionally athletic, the breed can be seen in two coat types, rough and smooth-faced.

Powerful and muscular, this French breed is a molossiod (mastiff-type dog) with the word “dogue” meaning Mastiff in French, according to Peterson. With a massive head and a stocky body, the history of the Dogue de Bordeaux is shrouded in mystery. Different theories link the breed to the Bullmastiff, Bulldog and Tibetan Mastiff but it was undisputedly descended from ancient breeding stock and has been used as a guardian and hunter for centuries. Trained to hunt boar, herd cattle and protect the homes of their masters, Americans became more familiar with the breed when it appeared as Hooch in the film Turner and Hooch, Peterson says.

Though the Great Pyrenees is thought to have originated in Central Asia or Siberia, it was truly developed as a breed following its migration into Europe, where it was named from the mountain range in southwestern Europe. Used to guard flocks on steep slopes with shepherds, the Great Pyrenees was also cherished by nobility and was appointed French court dog in the 17th century, according to Peterson. A large dog with a heavy build, the Great Pyrenees has a long, thick outer coat and a dense undercoat, which serves as ideal protection for cold weather, which they prefer to warm temperatures.

Named for the French province where it originated, the Brittany is another breed with a slightly murky history. According to Peterson, records of the breed’s development are largely lost but it has surged in popularity in the past 50 years for its talents as both a hunting and show dog. Well suited for sport and companionship, the Brittany is medium-sized with a dense coat that can be both flat and wavy and comes in orange and white or liver and white.

Though there are some doubts of the origin of the Clumber Spaniel, most believe that it originated in 18th-century France with ancestors including the Basset Hound and Alpine Spaniel, Peterson says. The breed received its modern name after a large French kennel moved to Clumber Park at the start of the French Revolution. Prized for its ability to hunt in heavy cover, the Clumber may not be fastest of sporting dogs but can work all day long with its signature slow, rolling gait. With a white coat that can have lemon or orange-colored markings, the Clumber Spaniel is known for being loving towards its family and genial with children and other animals.

Known in the 16th and 17th centuries as Dwarf Spaniels, Papillons were often depicted on the laps of French and Spanish noblewomen and are known for their light and dainty build. Lively, friendly and affectionate, the breed began with large, drooping ears but over time an erect-eared type was developed. The fringe on the dog’s ears is said to resemble the wings of a butterfly, with the name Papillon meaning “butterfly” in French. A true lap dog, the Papillon is elegant, fine-boned and loves to stay close to its people. Because its hair is full around the ears, they require regular cleaning to prevent infection.

Despite its name, the French Bulldog was actually developed in England and later traveled to France, Peterson said. Selectively bred down from the early bulldog to be a “toy” bulldog used as a lap pet, lacemakers displaced during the Industrial Revolution brought their dogs with them to France, where they became popular. Wealthy Americans found the breed in France and fell in love with them, bringing them back to North America. The breed became known as the French Bulldog in the late 1800’s, according to Peterson. Small and muscular with a heavy bone structure, short face and trademark bat-like ears, French Bulldogs are known for being sweet and affectionate.